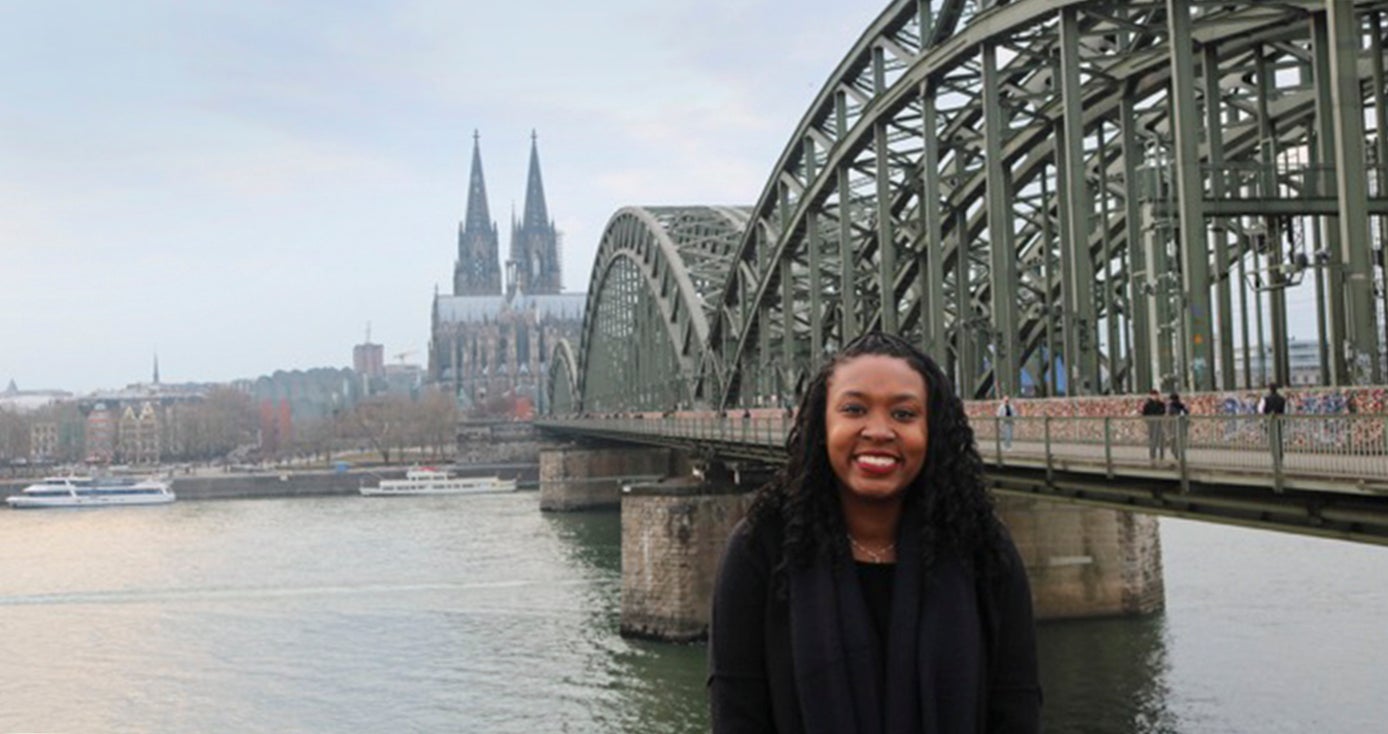 It’s the nerve center of the University of Pittsburgh’s global engagement.

Since its founding 50 years ago, the University Center for International Studies (UCIS) has evolved into a continually expanding network of opportunities for education about — and around — the world.

“Global competencies are essential to educational excellence,” said Ariel Armony, UCIS director and Pitt vice provost for global affairs. “We have the responsibility to provide all students with the necessary skills to succeed in today’s world, which involves helping them expand their perspectives through global awareness, cultural empathy and understanding of real-world issues.” 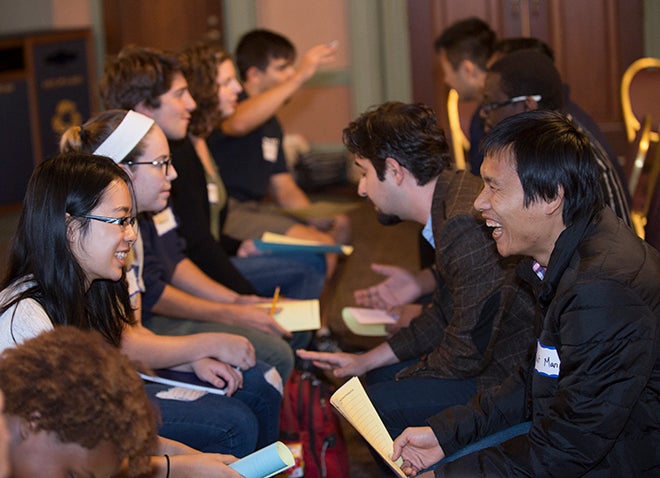 Pitt’s annual International Week celebration kicks off Oct. 13 with a celebration of UCIS’s 50th anniversary. The Pitt community is welcome at all events, and a complete list of activities can be found here.

A community celebration, featuring sweet treats from around the globe, international performances and activities for children. Enjoy free tours of Pitt’s Nationality Rooms.

Lina Insana, associate professor of Italian, introduces one of her favorite films — Cinema Paradiso. The 1988 movie is based on the life and times of its director, Giusepppe Tornatore.

International and American students are invited to sit down for a few minutes at a time to become acquainted and make new friends and contacts from other countries.

Two current writers in residence at the City of Asylum — Tuhin Das from Bangladesh and Osama Alomar from Syria — will be reading and fielding questions.

Employers will stage 20-minute meet-and-greets for all students interested in working overseas or for a global company in the U.S. Participants can pick up a Career Passport and get it completely “stamped” to compete for great prizes.

The past 50 years have seen growth and impact with students coming and going from abroad:

“Experiencing other languages and cultures is its own reward,” said Ashley Digregorio (GSPIA ’18), currently a program coordinator at two environmental nonprofits. “But it also broadens a person’s mindset in ways that can completely change how you interact with the world.”

While at Pitt, Digregorio immersed herself in Study Abroad experiences to Colombia and Greece, making valuable connections.

Her global experience allowed her to “think outside the box and better understand people,” she said, helping her land her job working on stream and land stewardship and other urban agricultural initiatives.

Amber Jones, 22, who lived in Cologne, Germany, during the spring 2018 semester, is the first Pitt undergraduate social work student to complete her program’s required field placement through Study Abroad.

She worked at a nonprofit agency that helps young female refugees, counseling young women from Syria and points across Africa and Europe on sexuality, cyberbullying and body image issues.

“The whole experience of meeting clients who were very different than myself increased my cultural competency,” said Jones. “I learned how to approach situations with a new perspective.”

Digregorio and her friend Lizz Schellin, a current GSPIA student, both worked at Pitt’s European Studies Center, where they helped arrange conferences, model European Union simulations, and fun annual events like EuroFest, where European food vendors, performers, and artisans from this region convene for a unique party.

“I have met scholars from all over the world,” said Schellin, who is aiming for a career in the U.S. Department of State. “I’ve had direct access to some of the brightest thinkers in European Studies and have traveled to New York City, Washington, D.C., Brussels and other places to speak with academics.”

This exchange of ideas is a key part of UCIS, says Nancy Condee, director of UCIS’s Center for Russian, Eastern European, and Eurasian Studies. The recent addition of Eurasian to the center’s name, she said, signals the fact that Central Asia is a vital geopolitical region that has redefined the field.

“Also, the field is more comprehensively professionalized than it had been 50 years ago, with components like archeology, cinema exhibition, contending orthodoxies and history-textbook disputes,” said Condee.

In addition to the specific changes Condee described, Armony said UCIS has grown to include extending the reach of global thinking more broadly to other academic units across campus, particularly linking the humanities and social sciences with other fields of knowledge such as the STEM fields.

By examining regions in the context of transnational trends — migration, climate change, technology and worldwide political transformations — students can participate in direct conversations with key global debates and go beyond a U.S./Eurocentric perspective of the world, he said.

“Research agendas should and do deeply engage regions,” he said, “but they should also travel across borders and oceans.” 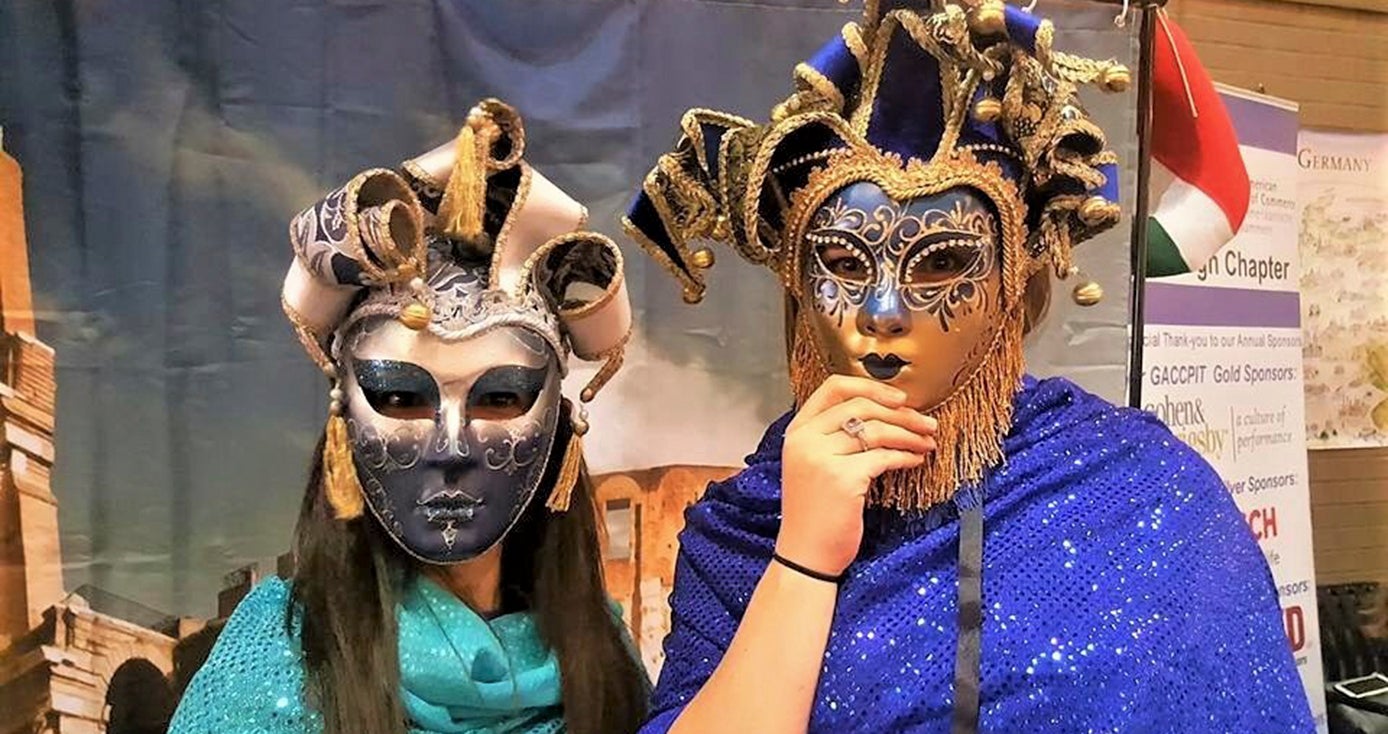 Said Armony: “UCIS is a leader in Pitt’s effort to prepare students who are ready to succeed in today’s and tomorrow’s job market, become citizens who think globally, and who live meaningful lives.”