Triplets Plan for Future, Find Piece of Their Past 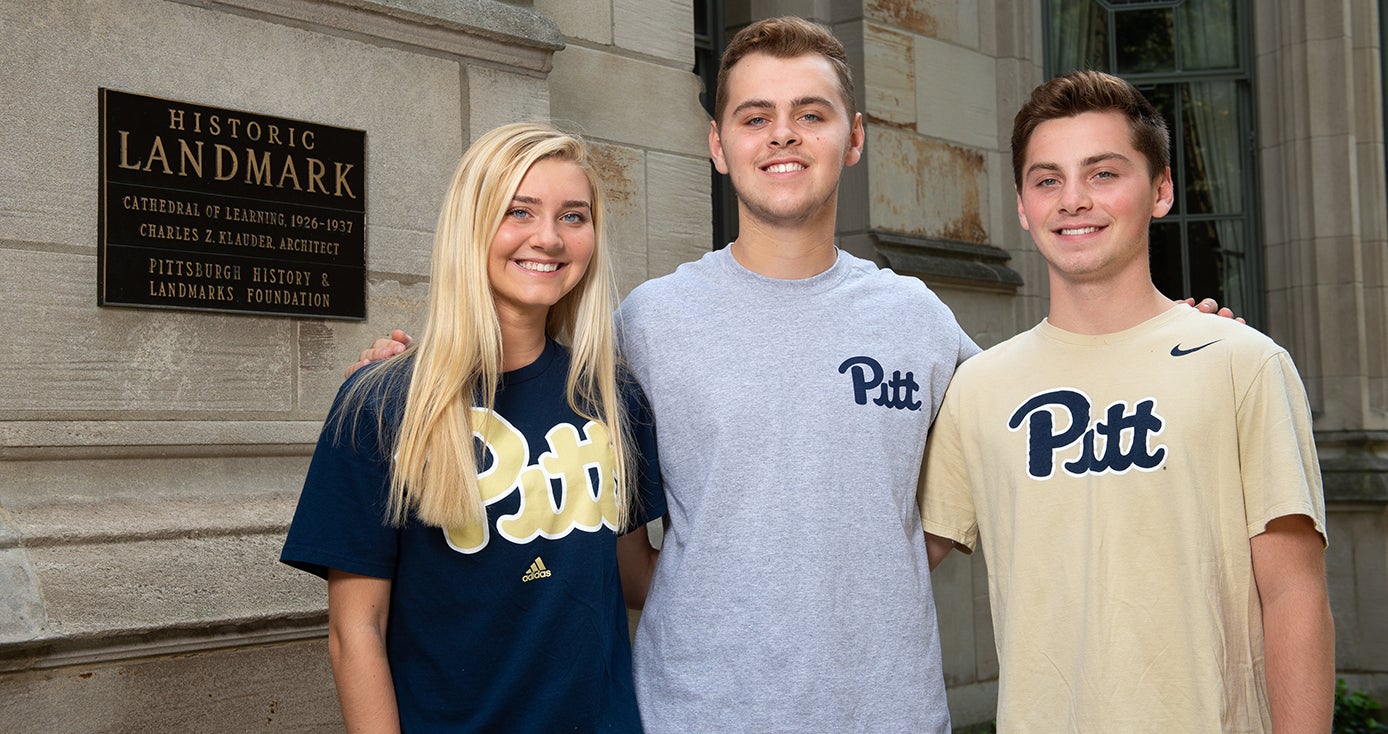 A guaranteed way to break the ice as a new first-year student at the University of Pittsburgh: Show up with two other siblings in the Class of 2022.

Even better, as triplets Catherine, Ryan and Stephen Klauder have discovered: Have an ancestor who designed the most famous building on campus.

Growing up in the Philadelphia suburbs, the triplets from Phoenixville, Pennsylvania, were aware that they were somehow related to Charles Z. Klauder, a well-known Philadelphia architect who worked in the early part of the 20th century.

They knew he had designed the Palestra at the University of Pennsylvania and Penn State’s Old Main, among other buildings on those campuses. But it wasn’t until they were choosing colleges that they learned he was the architect of the Cathedral of Learning.

While they weren’t aiming to go to the same college, all three were considering Pitt — Catherine for nursing, Ryan and Stephen for business — based on the reputation of Pitt’s academic programs and the endorsement of their uncle Philip Klauder, a 1999 graduate of Pitt’s Joseph M. Katz Graduate School of Business.

“He said the city is great and that the environment is perfect for college,” Stephen said.

They all applied to multiple schools and all three received multiple offers, including acceptance letters from Pitt. 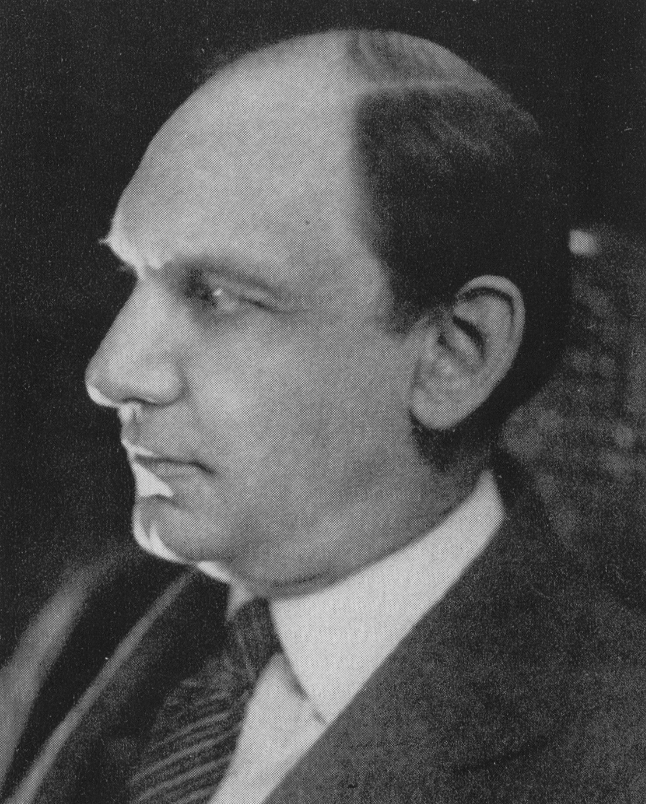 They had already visited the Pittsburgh campus when Ryan discovered the Klauder connection while reading up on the University online.

“I had heard his name but I had no idea he constructed the Cathedral of Learning,” he said.

The find prompted their grandfather to look deeper into the branches of the Klauder family tree. He hadn’t known Charles Z. Klauder, who died in 1938, but the architect was his great-grandfather’s brother. In other words, the triplets’ great-great-great uncle.

On their next visit, for an Admitted Student Day program, they searched campus until they found the historic landmark plaque bearing the architect’s name, affixed to the limestone near the Cathedral’s Fifth Avenue entrance. They also explored the city and attended a Pirates baseball game.

“I think I knew I was going to go to Pitt,” said Catherine. “I loved the nursing program, which is a major reason why I wanted to come to Pitt, but also the city aspect — having the opportunity in a city.” The scenic view of the Pittsburgh skyline from the Mount Washington overlook helped to seal the deal, she said.

The College of Business Administration’s motto, “From the classroom, to the city to the world,” caught Ryan’s imagination.

“There were more internship opportunities than many other schools we visited,” he said. And he and Stephen both want to explore study abroad through Pitt Business international programs.

Had they restricted their college search to schools with buildings by their famed forebear, the Klauders still would have had plenty of options. The architectural firm of Day and Klauder was renowned for campus designs, including buildings at Princeton, Cornell, Wellesley, Yale, Johns Hopkins, Ithaca, the University of Colorado, University of Delaware and New York University.

And while it wasn’t the architecture that convinced the triplets to study at Pitt, nor did they set out to choose the same school, perhaps it’s no coincidence that Charles Z. Klauder designed not just one, but three buildings on campus: The Cathedral of Learning, the Stephen Foster Memorial and Heinz Memorial Chapel.

“They just kept coming back to Pitt, saying they felt comfortable here and that they felt this was the right place,” their dad said.

Architect Charles Z. Klauder’s design for the world’s first educational skyscraper, a 52-story building 680 feet tall — twice the height of Pittsburgh’s tallest building — made news when it was unveiled in November 1924.

“It is to outdo any building ever created in its power to express the wonder and the beauty and the spirituality of great achievement,” University of Pittsburgh Chancellor John G. Bowman told The New York Times in a Sunday story that featured a concept drawing nearly as tall as the newspaper page.

“In Pittsburgh the very air vibrates with achievement,” Bowman told the newspaper. “And we believe in charm and peace and dignity. But we believe, above all things, in achievement: In daring and in doing things worthwhile. We propose to say so in stone.”

Klauder’s monumental design for the Cathedral of Learning was scaled back before ground was broken in 1926, but the iconic Cathedral nevertheless remains the symbol of achievement in stone that Bowman envisioned. 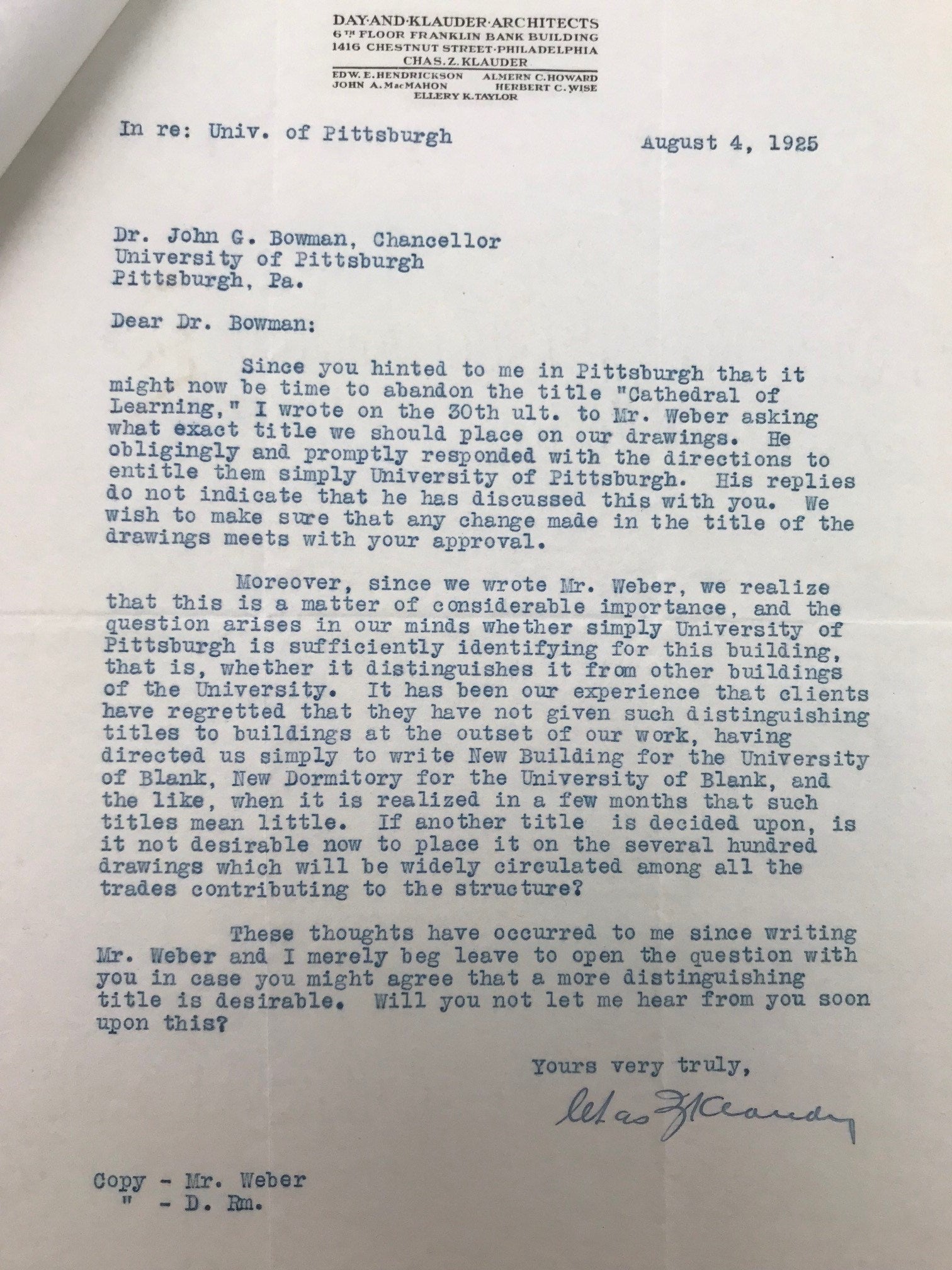 Completed in 1936, the 42-story, 535-foot-tall neo-Gothic building is the tallest educational structure in the Western Hemisphere. A historic landmark, the Cathedral of Learning is listed on the National Register of Historic Places.

Its design reflects the skill of the architect — Klauder was among the foremost designers of academic buildings at the time — and the vision of Bowman, who arrived in Pittsburgh in 1921 to find the University growing but constrained by debt and inadequate facilities.

Bowman determined that Pitt needed 13 million cubic feet of new space to meet the needs of an expanding student body — and a plan for raising $15 million for construction.

“Why not put up a building which itself will tell of the spirit of Pittsburgh?” Bowman later wrote. His concept — a radical departure from traditional low-slung ivy-covered academic structures — would foster unity and school spirit and inspire citywide a sense of awe, reverence and the desire to excel.

“Such a building, if it were to express intense emotion, would necessarily be high,” he wrote. “A high building, a tower — a tower singing upward that would tell the epic story of Pittsburgh.”

Klauder’s early drawings, however, failed to resonate with the chancellor’s inner vision. Months passed without an acceptable design.

“None of us was ever hopeful of satisfying Dr. Bowman,” recounted Klauder associate and later, University architect, Albert A. Klimcheck, in historian Robert C. Alberts’s chronicle of the University’s first 200 years, Pitt: The Story of the University of Pittsburgh 1787-1987.

Music inspired the breakthrough as Klauder sketched for Bowman after sharing dinner in the architect’s suburban Philadelphia home.

Well after midnight, amid a mounting stack of rejected drawings on the living room floor, Klauder put a record on the phonograph — Richard Wagner’s Magic Fire Music from The Valkyrie.

“The music is the building,” Bowman exclaimed, equating its majestic orchestral ascent to peak after peak to the rise of multiple stone buttresses on a tower. “Draw me that song!” 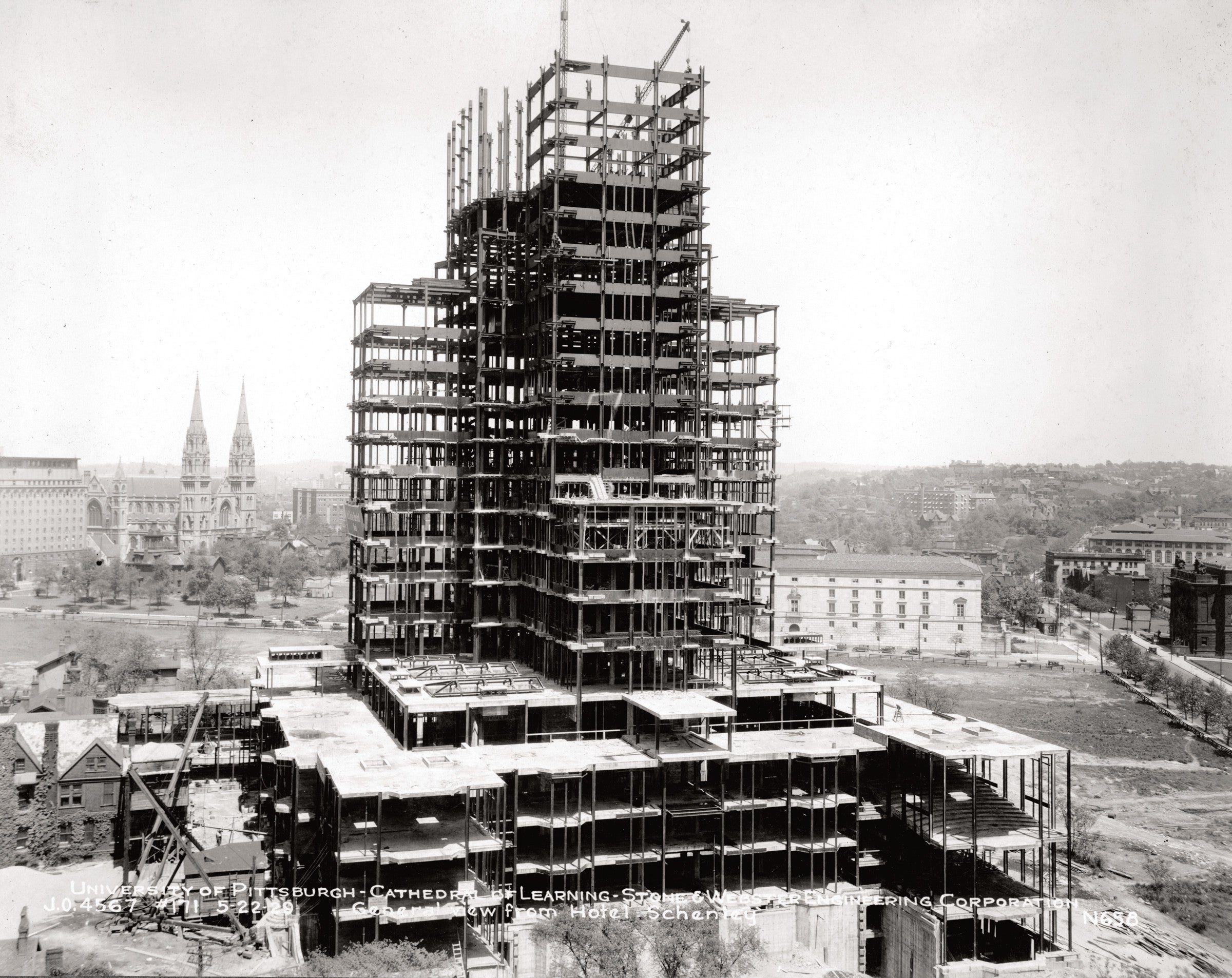