It’s a truism that businesses need to be nimble, even in the best of economic circumstances. This year is a textbook example of that.

“Entrepreneurship is about ingenuity and adaptability,” said graduate student James O’Brien, who, with fellow students at the University of Pittsburgh School of Medicine, Noah Pyles and Jonathan Cohen, recently won the grand $25,000 prize for the 12th annual Randall Family Big Idea Competition. 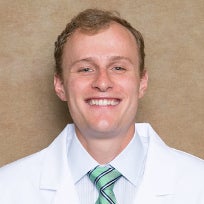 Their startup company, Polycarbin, aims to give scientists and clinicians the opportunity to recycle valuable plastic, such as the polypropylene in N95 masks, from regulated medical waste streams leaving research institutions.

“We didn’t let the pandemic stop us, and we forged ahead. We’re glad it panned out the way it did,” O’Brien said.

After applying to the competition in February, selected student teams participate in bootcamps, practice pitching rounds, mentorships with coaches and entrepreneurs, and usually, the final competition in front of a live audience, scheduled for late March.

This year, Pitt’s Big Idea Center, which has hosted the competition since 2009, had been keeping an eye on COVID-19’s spread. As the pandemic continued and the teams narrowed from 80 to 40, center director Babs Carryer faced the real possibility that the awards ceremony would have to be canceled.

“It became clear we couldn’t carry on as usual. We realized that before the University temporarily closed,” she said.

Carryer and other competition leaders gathered to decide the fate of the student teams in the competition, which included canceling it or delaying until the fall 2020 semester. Such moves, though, would mean lost opportunities for funding and project development. 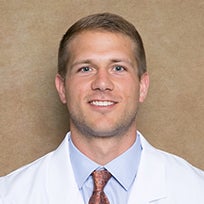 “The problem with delaying until the fall was that nearly one-third of this year’s competing students were graduating,” Carryer said. “They weren’t going to be available.”

So, the leaders opted to let students decide for themselves. An email sent to competition teams found that over 70% of polled students wanted to move forward virtually.

“We were kind of amazed,” Carryer said. “Everyone we polled voted. The students were phenomenal and they didn’t skip a beat. They carried on as if nothing happened.”

“It’s difficult to raise money for any aspiring startup in a time like this,” Pyles said. “However, we also recognize that science doesn’t sleep during a pandemic.” The team plans to implement a pilot study later this year.

While pivoting to digital had its own logistical challenges, the students also said it provided them the opportunity to become more adaptable for their businesses.

“If you’re a business leader, you have to adjust to things happening around you,” said Valeria Green, an MBA student at the Katz Graduate School of Business whose sustainable fashion clothing app idea Chela, won the competition’s video prize. “It opens your mind to be creative and flexible, even with your teammates. We didn’t meet in person, but we still found ways to make progress virtually.”

“Even with this programming online, it presented a great opportunity to hone our communication and business organization skills,” said O’Brien. “It’s impressive how quickly the Big Idea Center was able to adapt and provide participants with an incredible learning opportunity. We thank them, the institute and the Randall family.”

Among those who spoke at the competition and recognized students’ proactive perseverance was Bob Randall, one of the competition’s namesake founders.

“I think a virtual ceremony was a great idea,” Randall said. “I congratulate everyone for their participation in the competition. This is real-world knowledge for business. I also thank Babs (Carryer) and her team for their commitment. Without her, this idea wouldn’t work. Everyone worked very hard here.”

As for the competition being held virtually in future years, Carryer said not to rule anything out.

“Let’s say we have a large entry field with maybe 300 teams and between 600 and 1,000 students total. We would have to do it virtually to accommodate everyone,” she said. “Whatever comes though, we’re going to be ready.”

Pitt's quarterback was just named 2021 ACC Player of the Year