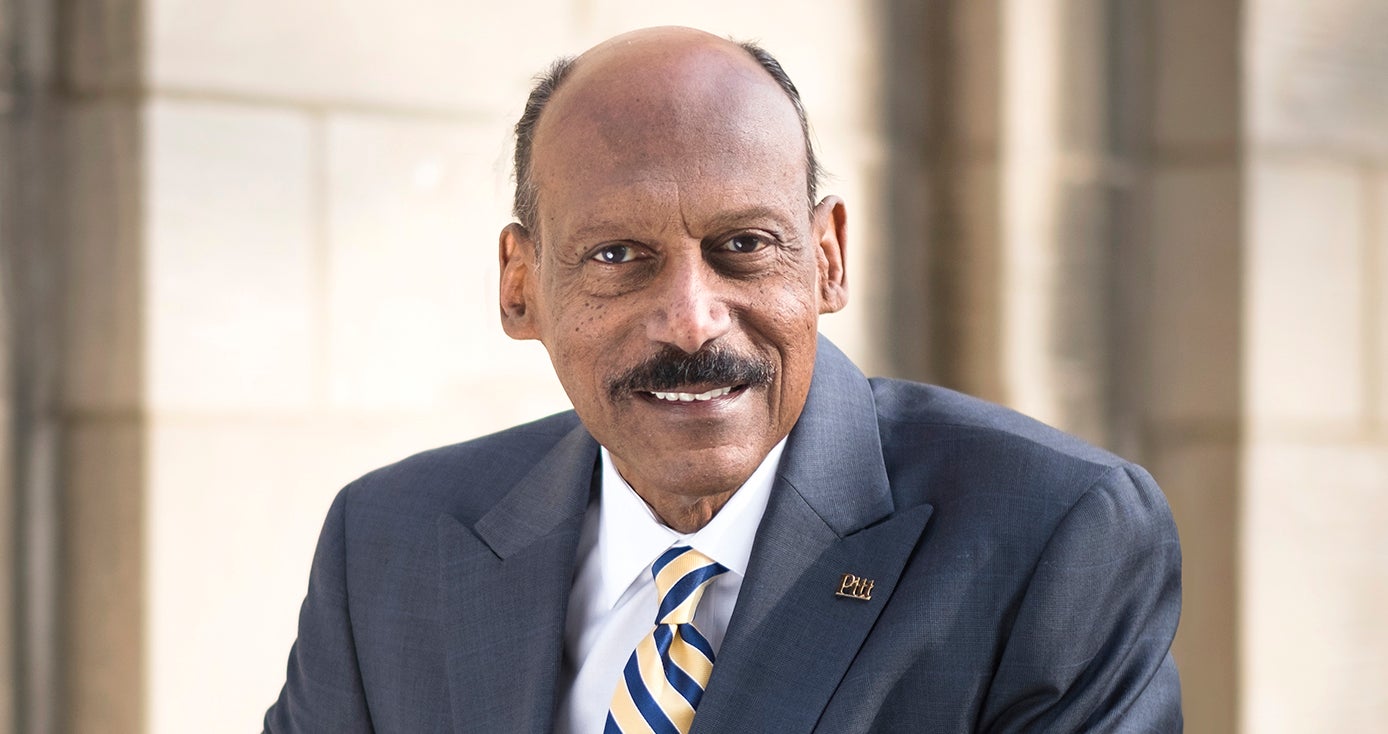 A reputation as one of the nation’s top 10 social work schools. The nationally renowned Center on Race and Social Problems. A commitment to remain an advocate for social causes.

All of these are part of the lasting legacy for Larry E. Davis as he steps down at the end of the 2017-18 academic year as the University of Pittsburgh’s dean of the School of Social Work, Donald M. Henderson Professor and founding director of the race center.

“Larry has transformed Pitt into one of the nation’s top destinations to study social work,” said Chancellor Patrick Gallagher. “At the same time, he has dedicated his career to issues of race, civil rights and social justice and inspired countless others to follow in his footsteps. Our university community is grateful for his many contributions, and our world is a better, fairer place because of his efforts.”

Patricia E. Beeson, provost and senior vice chancellor, said: “Larry has driven the School of Social Work along a dynamic path of growth and transformation, positioning it for continued recognition and success. He has also provided University-wide leadership on a number of issues, including in his role as director of the Center on Race and Social Problems. His impact on the school and the University will be felt for years to come.”

Under Davis’ leadership since 2001, the school has advanced in the rankings of the nation’s top social work schools by U.S. News and World Report. TheBestSchools.org also has ranked the Bachelor of Arts in Social Work program fourth in the country.

“There are still a lot of things I want to accomplish,” said Davis, who is contemplating writing another book and plans to continue teaching and advocating for social causes.

As the founding director of the Center on Race and Social Problems, he has worked since its opening in 2002 to advance applied social science research on race, ethnicity and color. Under his direction, the center issued two comprehensive reports, one in 2007 and another in 2015, titled "Pittsburgh’s Racial Demographics: Differences and Disparities." These studies have been used by government leaders in the City of Pittsburgh and Allegheny County to plot strategies and make policy decisions on issues such as affordable housing.

Davis has written, edited or co-authored a number of books, the most recent being “Why Are They Angry With Us? Essays on Race,” which addresses race in relationship to incarceration, immigration, individual identity and other topics.

Other examples of his leadership include:

A search committee will be formed to identify his successor.