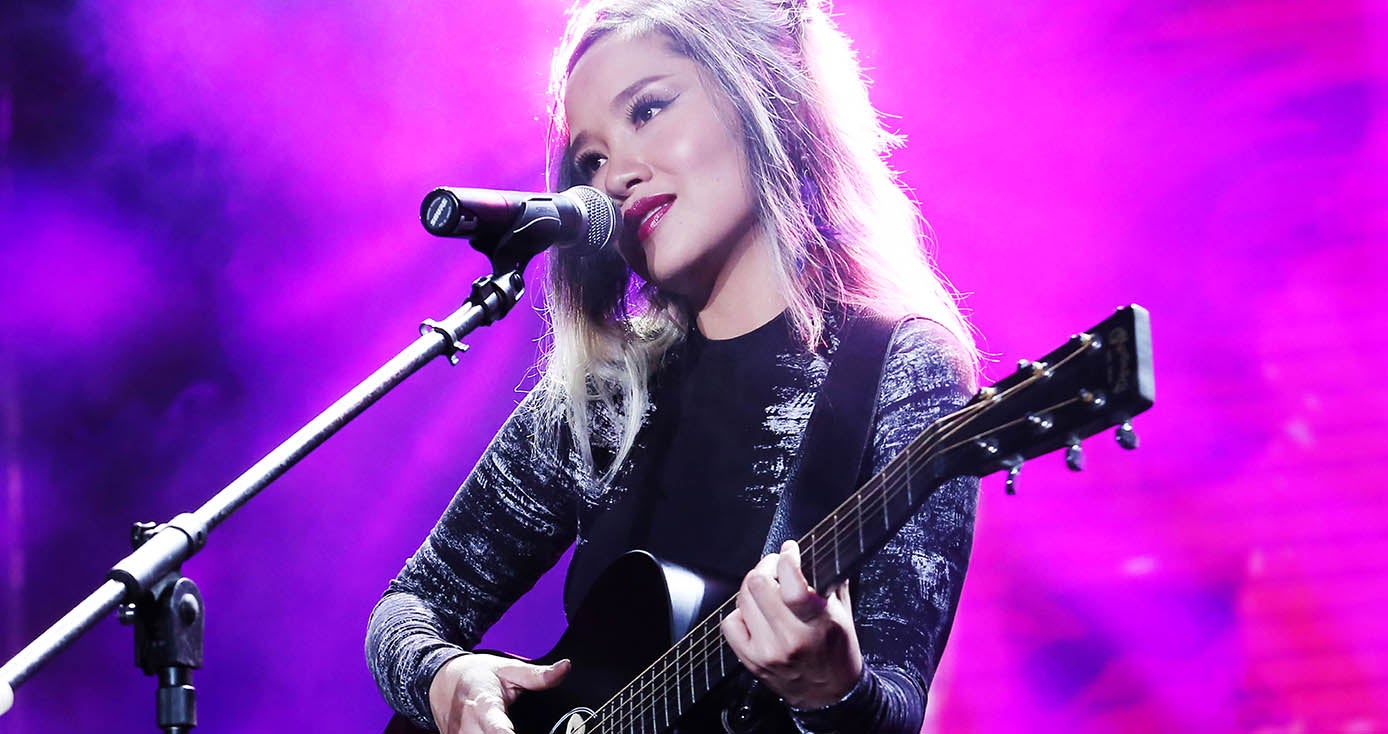 Mai Khoi, a successful Vietnamese pop star-turned-activist who was forced to leave her home country, has found a safe and creative haven at the University of Pittsburgh.

Known as the “Lady Gaga of Vietnam,” Khoi has dazzled audiences overseas for the past ten years. With her pink hair and sequined outfits, she packed nightclubs, won awards, toured other countries and garnered thousands of fans.

But she eventually began speaking out against Vietnam’s censorship. Her original music and lyrics started focusing on women’s rights and LGBTQ rights. The backlash was severe. When Khoi applied to run as an independent in 2016 for a seat on the National Assembly of Vietnam, she was booted off the ballot. Soon her concerts were being raided by police, and she and her husband were evicted from their Hanoi apartment.

In November 2020, Khoi became the second scholar in residence at Pitt through the Scholars at Risk program in the Global Studies Center, part of the University Center for International Studies. The program partners with an initiative of Institute of International Education called the Artist Protection Fund, that supports threatened artists by placing them at welcoming institutions in safe countries for a full year, where they can continue their work and plan for their futures.

Khoi is also supported by the Pittsburgh-based International Free Expression Project and the City of Asylum on the Northside, where she and her husband have found their Pittsburgh home. With a garden, a home office and her own studio, she can finally create the type of activist performance art that is in her blood. 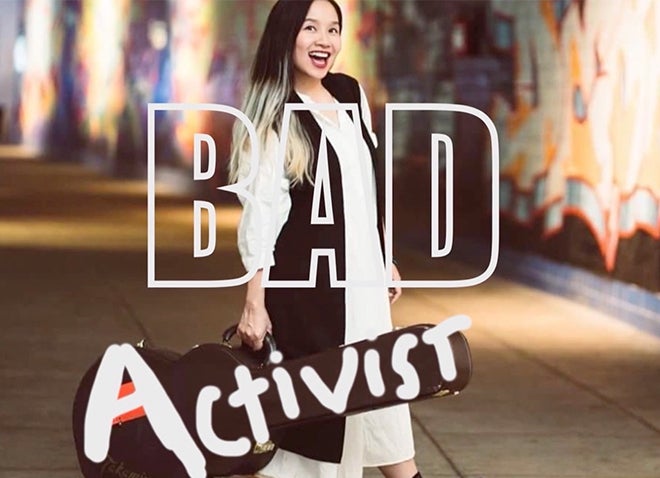 “I love the neighborhood where I am staying now,” said Khoi. “And after just two months I have met some incredible artists at Pitt to work with on my ongoing project.”

That collaboration resulted in Khoi’s 45-minute one woman show, “Bad Activist,” that can be viewed at noon on Jan. 27 on the PITT ARTS YouTube channel as part of PITT ARTS’ Artful Wednesday series.

Director Cynthia Croot, head of performance and associate professor in Pitt’s Department of Theatre Arts, developed the script and organized rehearsals at the City of Asylum performance space. Pianist and Pitt PhD candidate Mark Micchelli provided accompaniment and School of Education master’s student Keith Reimink directed the movement of four cameras and edited the production, filmed in the City of Asylum space and on nearby streets and alleyways.

Croot said Khoi was an inspiration. “Her investment in her work, the strength and clarity of her voice, the poetry and urgency in her songs ... I felt that in each rehearsal I learned something new about her,” said Croot.

The artist’s free-spirited talent registered with Reimink as well, especially since they never did a full camera run-through. “The interaction of Khoi and the camera is spontaneous throughout,” he said. “And I think her honesty is more on display because of this.”

Khoi said she calls the piece “Bad Activist” to point out the tension of simultaneously being an artist and an activist.  She said she likes the name because “it makes people question and think.”

In addition to meetings with potential partners about expanding “Bad Activist” to a feature film, Khoi has enrolled via Zoom in three Pitt courses, including Jazz Improvisation.

Pianist Micchelli said that Khoi’s style blends well with free form jazz, which he said can be a strong political genre, as was the case in some Black political movements of the 1960s and 70s.

“Her voice is so expressive, and she's unafraid to make it sound ‘ugly’ for the purpose of communicating a certain feeling,” he said.

For her part, Khoi said she just wants to get the message across that it doesn’t take one grand heroic action to bring about change—rather, the countless small actions from unknown people.

Said Croot: “Khoi’s situation reminds me not to take my own position for granted. She is incredibly brave—still agitating, still using her voice to reach beyond the borders people are trying to enforce around her.”