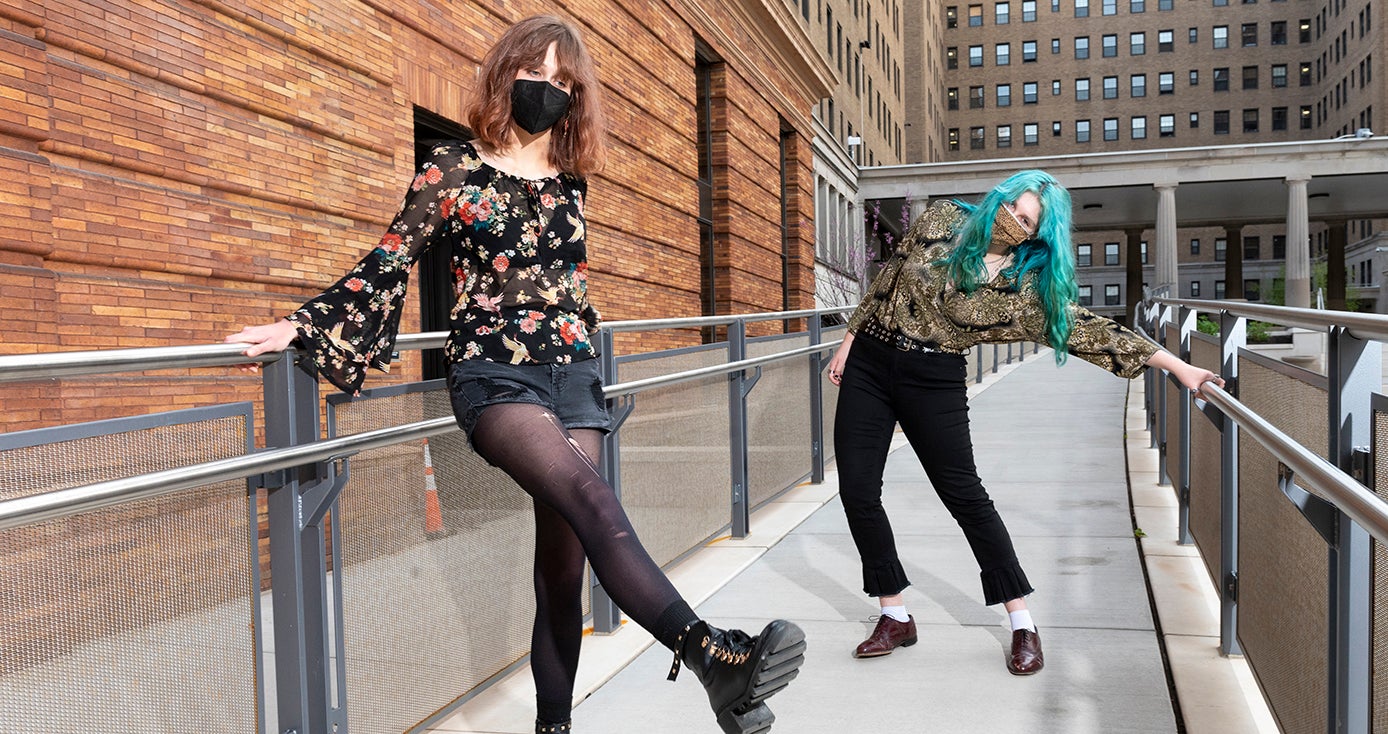 Despite many campus clubs cutting back productions and meetings during the past academic year, student-run radio station WPTS managed to get new DJs in the station and on the air, including first-year students Margaret Balich and Stacy Cremer.

Like so many other groups, WPTS meetings moved to Zoom. In the studio, located at the William Pitt Union, they only allowed a limited number of people in at a time. All the while, the crew has continued to provide the Pitt community with the same enjoyment of new, lesser-known music that’s been their mission since 1979.

Balich, a film and English writing major, said she’s always shared an interest in music with her family.

“My dad actually applied to be a radio DJ for WPTS when he went to Pitt, and he got rejected,” she said with a laugh. At WPTS, Balich goes by the name DJ Bae, and has been hosting her weekly show, “The Daydream Mix,” every Monday since October 2020. She picked this show theme to expand her horizons in terms of what types of music she listened to. Her current favorites include Sweet Trip, Ride, Tiger’s Jaw and Roisin Murphy.

Cremer, a psychology and history and philosophy of science major said she figured WPTS was one of the easiest clubs to engage in during the pandemic.

“Most of the things I need to do for my show I can do alone in the studio,” said Cremer, who runs a show called “Apocalypse Now” that she started during the spring semester. Cremer chose an apocalypse theme because she found it fitting for the current state of the world: “It feels like the apocalypse is happening right now, but it's slow and boring. I want it to sound cooler.”

“I’ve found some of my new favorite artists through finding music for my show” she said, naming bands like Protomartyr and The Anti-Queens.

Both Balich and Cremer underwent similar processes for getting their show on air, beginning with DJ training that ends with a quiz that ask questions such as, “What are the swear words you can say on air?”

There are four, which Pittwire won’t print. “And nothing to do with bodily functions” Balich added to the answer.

DJs also have to learn what types of music fit the college radio format. Usually this means artists with less than a million listeners on Spotify and songs with less than twenty million streams. The music also has to fit the station’s production guidelines, meaning music that is well-produced and mixed, upholding a certain standard of quality for the station.. After the original training, their show idea is approved by another director for WPTS, and they’re on air.

Both Balich and Cremer intend to continue on WPTS into the fall and have taken on positions in the club for the next school year.

Balich will be taking over as music director, giving her more responsibilities such as reviewing new music that could be played on the station, automating music that plays when there is no specific DJ and other similar tasks. “It’s a lot to learn but I’m excited,” Balich said, “and the former music director will still be around so I can ask for help.”

Cremer will be the new underwriting director, which involves contacting sponsors to keep the station running, since the station is a non-profit. “It’s a whole, new, big thing for me” she said, “I’m excited.”

Both students encourage anyone who may be interested in music at all to pursue WPTS, “Don’t be intimidated, you don’t have to know everything about music to be involved.” Balich said.

This story was written by Kendal Johnson, a student reporter for Pittwire.

Stream WPTS live and check out the full schedule of shows.

Students interested in becoming a DJ or otherwise involved with WPTS can learn more and apply on their website.