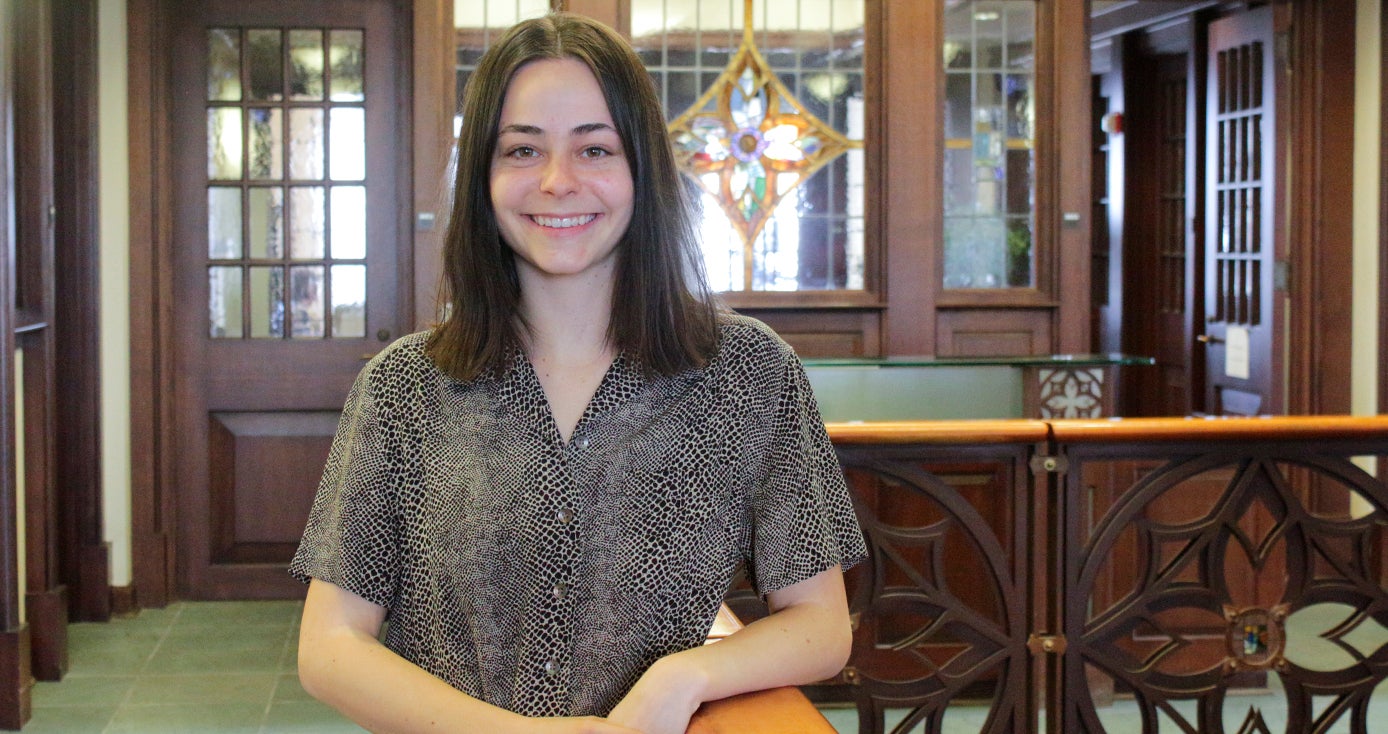 The University of Pittsburgh once again is among the nation’s top institutions for producing Fulbright students.

According to the U.S. Department of State’s Bureau of Educational and Cultural Affairs, 14 students from Pitt won Fulbright scholarships in 2019.

Since 1946, the Fulbright Program has given over 390,000 students, scholars, teachers, artists and professionals the opportunity to study, teach and conduct research, exchange ideas and contribute to finding solutions to important international problems. The prestigious program awards grants for individually designed study and research projects or for English Teaching Assistant Programs in more than 160 countries around the world.

“This recognition, and the work that goes into realizing it, is an exceptional achievement for the University of Pittsburgh,” said Chancellor Patrick Gallagher. “It highlights Pitt’s enduring capacity to not just attract—but to elevate and advance—the very best students in America today.”

“Global impact is a core of the Pitt Honors experience as it prepares our scholars to compete at the highest level and move toward a career of global impact,” said Audrey J. Murrell, acting dean of the Honors College. “Receiving a Fulbright award, as one of the most recognized international awards, is an important recognition of their achievement and shows that they take that global commitment seriously. I'm incredibly proud of their drive and boundary-crossing leadership.”

Fourteen recent Pitt graduates—13 undergraduate alumni and one graduate alumnus who is currently pursuing his PhD—are abroad in the Fulbright U.S. Student Program. This is a Pitt record; the University’s historical record of 11 recipients was set in 2015.

Suzanna Carnevali-Doan of Washington, D.C., who graduated in 2019 with degrees in Spanish and sociology is in Brazil teaching English. She said she hopes to use this experience to prepare her for a career in social work with refugees and immigrants.

Fiona Eichinger of West Chester, Pennsylvania, who graduated in 2019 with degrees in biological sciences and international and area studies, is teaching English in Malta. “I grew up with parents who speak English as a second language, so I know the struggle of it, and I see the importance of it,” she said.

Zachary Enick of Bethel Park, Pennsylvania, is studying and researching language in France. He graduated in 2019 with a Bachelor of Arts degree in French and Italian and a minor in linguistics. Enick is no stranger to France; he studied abroad in Paris during his time at Pitt. This time, he said, is his first time learning exclusively in French.

Abigail Jarrett of New Cumberland, Pennsylvania, who graduated in 2019 with degrees in biology, chemistry and English writing, is in Germany studying the effects of climate change on two species of mussels in the Baltic Sea. “I really want my research to do good for the world,” she said.  She also said she hopes to publish her work and continue a career in research, focusing on ecology and humans’ influence on biodiversity. When she’s not conducting research, Jarrett said she has been practicing with the local women’s water polo team.

Grace McHale of Pittsburgh, Pennsylvania, is a 2018 graduate who studied Spanish and political science. She is in Brazil teaching English and sharpening her Portuguese skills. In the future, she plans to use her political science background to focus on education reform. “I’ve come to realize that in order to become a changemaker in education, I need to start by becoming a teacher,” she said.

Steven Moon of Cranberry Township, Pennsylvania graduated from Pitt in 2017 with a master’s degree in ethnomusicology and is currently pursuing his PhD in the same field of study. He is in Turkey on his Fulbright scholarship to complete research on his dissertation “Sound, Science Islam: Music as Healing in Istanbul.”

David Nascari of Phoenixville, Pennsylvania, is a 2019 graduate with degrees in neuroscience and art history. He is conducting research at UPMC Italy. He said he eventually wants to pursue his MD/PhD.

Abigail Neer of Columbus, Ohio, is a 2019 graduate with a degree in linguistics. She is in South Korea teaching English, while also practicing her Korean. “I find Korean really interesting because their writing system is really beautiful and systematic,” she said.

Jennie O’Donaghue of Chicago, Illinois, graduated in 2018 with degrees in Spanish and urban studies. She’s on her Fulbright Scholarship teaching English in Colombia. She said she eventually plans to go to graduate school for social work with Latinx immigrants.

Jessica Penn of Milton, Pennsylvania, is a 2019 graduate with a degree in Chinese and a minor in gender, sexuality, and women studies. After studying abroad in Taiwan during her time at Pitt, she decided to return to the country again—this time, on a Fulbright grant teaching English. She is currently living in Taitung, a city on the eastern coast.

Saket Rajprohat of Philadelphia, Pennsylvania, is a 2019 graduate with a degree in marketing and a minor in political science. He’s currently in New Delhi, India, working on political engagement research, as well as working with a nonprofit that helps empower communities to take direct political action. “I want to understand why certain youth populations don’t come out to participate in their democracy,” he said.

Elizabeth Withers of Pittsburgh, Pennsylvania, is a 2018 graduate with degrees in English literature and history and philosophy of science. She is in Colombia teaching university-level English. She said that traveling abroad gives her an entry point to “have a global, international perspective … [to think] about U.S. relations with other countries. I think it’s important to have context for why things are the way they are.”

Ivy Yen of West Chester, Pennsylvania, is a 2019 graduate with degrees in linguistics and psychology. She is teaching English in South Korea and living with a host family. “My family is from Taiwan, so I’m familiar with the Eastern-minded mentality of respecting elders and traditional familial roles,” she said. She said one of the highlights of her studies so far was the One Million Chrysanthemum festival in Iksan City.