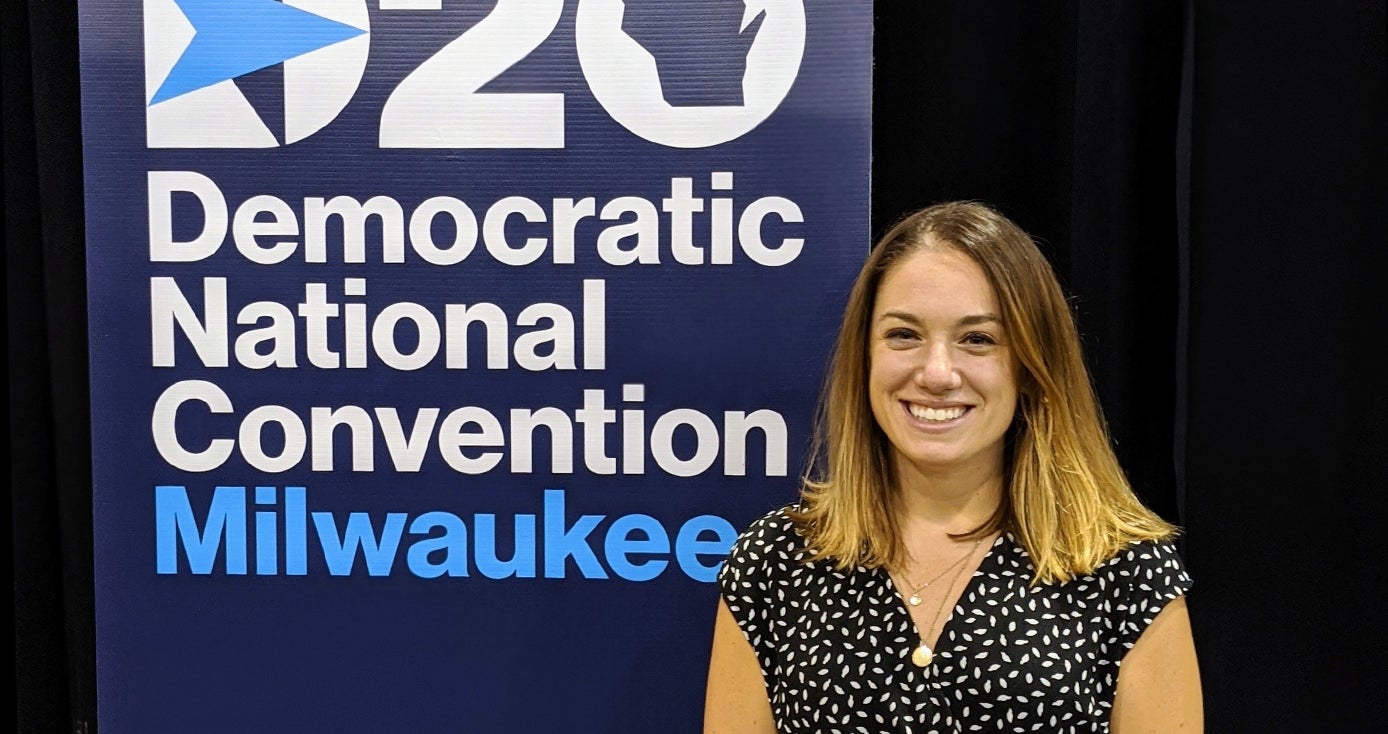 As the Democratic National Convention enters its final day and the 2020 elections draw near, people are gearing themselves up for November, including affiliates from the University of Pittsburgh.

Pitt alum Katie Fricchione (A&S ’12) is working the virtual front lines at the Democratic National Convention in Milwaukee, Wisconsin, as deputy director of public engagement for the DNC Committee. Ahead of the event, she and her team reached out to elected officials, state parties and activist groups to secure their participation at the convention. She also worked in communications for the convention in 2016.

“We aren’t able to have thousands of people under one roof like back then, but we came up with a delegate hub that serves as a virtual platform,” she said. “We also came up with digital toolkits for social media. This isn’t what we imagined doing, but our team has taken it in stride.”

While at Pitt, Fricchione was involved with Epsilon Sigma Alpha for community service and volunteered as a Pitt Pathfinder and in the City of Pittsburgh’s parks and recreation department. She studied political science and communication and rhetoric in the Kenneth P. Dietrich School of Arts and Sciences.

“Katie was an excellent student, very bright and hard-working. I am not at all surprised that she is still in politics and still making a difference,” said Kristin Kanthak, an assistant professor in Pitt’s Department of Political Science. “I had her in a small capstone seminar, and she was really impressive even then. It was years ago, but I still remember she wrote a great research paper on the representation of Asian Americans in politics, so I think it is fitting that she will be on hand to see the first Asian American ever to be nominated to the vice presidency.”

After graduating from Pitt, Fricchione took up many political jobs, including regional manager role for Pennsylvania Senator Bob Casey’s office, director of Pennsylvania women’s outreach for the Hillary for America campaign and in Washington, D.C., in public affairs. She said she is working to bring more diversity in political settings.

“There’s no one set path for a career in politics,” she said. “I’m trying my best to pay it forward.”

For current Pitt doctoral student Amy Raslevich, the convention was an opportunity to share her story and show the personal stakes in the upcoming election.

Raslevich, who’s studying Health Policy and Management at Pitt’s Graduate School of Public Health, is a breast cancer survivor and mother of two high school aged children who have pre-existing conditions. She has been treated for breast cancer since July 2017. 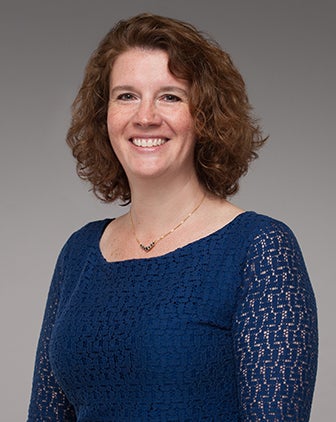 In an event on Monday, Aug. 17, that included Speaker of the House Nancy Pelosi, former U.S. Secretary of Health and Human Services Kathleen Sebelius and others, Raslevich spoke about the importance of health care coverage for her family.

Raslevich is currently covered by a student health plan at Pitt, but that will end when she graduates, which means she will need insurance from her employer, or possibly through the Affordable Care Act's marketplace plans if they are still available. In the meantime, she said she worries about making financial decisions that could impact her ability to pay for future medical care.

“It was comforting knowing I could focus on my treatment, recovery and family and not spend what little energy I had on going bankrupt,” she said of the last few years. “My kids are healthy, but they have pre-existing conditions. They’re going to have to look over their shoulders when it comes to their healthcare.”

Raslevich has over 30 years of experience in health services administration and consulting in public and private programs.

“Most people have no idea until they’re in the middle of it what’s covered, what’s not, what they could lose and what this law actually protects,” she said. “People are putting their treatments off, because they can’t afford it.”

If you know of someone participating in the RNC next week, Pittwire would like to talk to them. Email us at pittwire [at] pitt.edu (subject: RNC%20participant) .