Pandemic and Protests Through Lens of Black Literature

As COVID-19 disproportionately affects Black Americans and high profile incidents of police violence spark demonstrations across the globe, one researcher is seeking to understand the moment through the perspectives of Black female literary giants.

Robin Brooks, an assistant professor in the Department of Africana Studies, is seeking abstract submissions for an upcoming edition of the journal of the Society for the Study of the Multi-Ethnic Literature of the United States (MELUS) titled, “Black Women’s Literature: Violence and the COVID-19 Moment.” 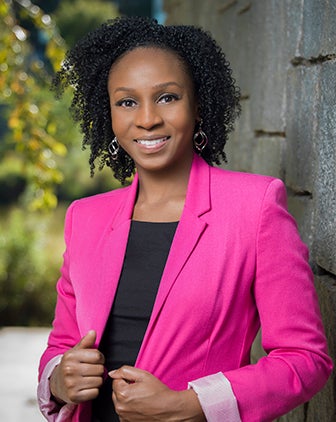 The issue will focus on “the engagement and interconnection of Black women’s literary studies with police/extrajudicial violence and matters highlighted by COVID-19” and will use the works of Toni Morrison, Paule Marshall and Ntozake Shange as a theme.

Brooks, who is guest coeditor on the edition, said she first considered highlighting the works of the three writers after the August 2019 deaths of Morrison and Marshall. Along with Shange, who died in October 2018, the writers’ works cover more than 50 years of contemporary Black American life. They have produced critically acclaimed works such as Shange’s “For Colored Girls Who Have Considered Suicide/When the Rainbow is Enuf,” Morrison’s “The Bluest Eye,” and Marshall’s “Praisesong for the Widow,” which Brooks used as the basis for her undergraduate honors thesis at Florida State University and her master’s thesis at the University of Wisconsin-Madison.

After COVID-19 changed the world, Brooks decided the edition could cover works from the past in ways that examine what’s happening today, particularly issues surrounding Black lives.

“Their work is timeless in a sense. Some people can see it in the sad sense, that some of the very issues that they have been tackling in their work for decades are still here. They’re still major issues within the lives of Black people, of course in the United States, but around the world,” she said. “This COVID moment has outlived them, but their work is still very much relevant to what we are facing in our lives right now.”

Brooks, who is currently a visiting scholar at Emory University as part of a 2019 Ford Foundation fellowship, said she intentionally left the call for papers broad in order to allow writers to address a plurality of issues related to the authors’ works and events on the ground today.

“We wanted to allow the creative genius of scholars to come to the forefront with this issue,” she said. “Essays do not need to address both COVID-19 and police or extrajudicial violence.”

Beyond her work with MELUS, Brooks’ research and teaching interests include 20th and 21st century literature, particularly African American, Caribbean and American multiethnic literatures, as well as feminist theories and postcolonial studies. As part of her Ford fellowship, she’s working on a book manuscript tentatively titled “Class Interruptions: Inequality and Division in African Diasporic Women's Fiction,” which examines how writers use literary portrayals of class to critique inequalities and divisions in the U.S. and Anglophone Caribbean.

How to submit a paper

For a list of qualified topics, visit the MELUS website. The deadline for abstract submissions is July 31.

For more information, email Robin Brooks at Blacklitcovid [at] gmail.com or reach her on Twitter at @DrChangeMaker. Learn more about her work on her website.