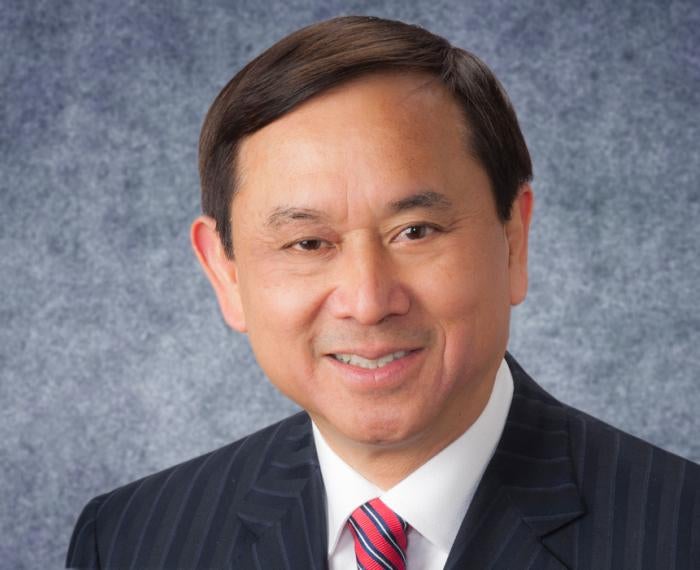 Freddie H. Fu (MED ’77, ’82), a renowned orthopaedic surgeon, David Silver Professor and Chair of the Department of Orthopaedic Surgery and head team physician for the University of Pittsburgh Athletic Department, died on Sept. 24, 2021, at the age of 70. Fu was the center of a thriving sports health community, a much-beloved mentor and a fixture of Pittsburgh.

By any metric, Fu was a giant in his field, having repaired the knees of thousands of patients and published papers that were collectively cited more than 60,000 times by his peers. But no number can capture the extent of his impact on the University and beyond.

“The University of Pittsburgh has lost one of its finest members,” said Chancellor Patrick Gallagher. “Freddie was known worldwide as a brilliant orthopaedic surgeon and a leader in the field of sports medicine. He was also a committed teacher and mentor, and he leaves behind a global community of former students, residents and colleagues who continue to heal and reshape medicine. I am so grateful that he chose to build his life and legacy in Pittsburgh and — like so many others — I am proud to have called him a friend and colleague. Karen and I join the entire Pitt community in sending our love to Hilda and keeping all of Freddie’s family and friends in our thoughts during this difficult time.”

“If anyone could come close to perpetual motion, it was Freddie Fu,” said Anantha Shekhar, Pitt’s senior vice chancellor for the health sciences and the John and Gertrude Petersen Dean of the School of Medicine. “Dr. Fu was always learning, thinking, teaching, doing something to make life better for his patients, trainees and the community. His influence in the field of orthopaedics — in Pittsburgh and throughout the world — is monumental, and his legacy is profound.”

Born in Hong Kong, Fu came to the U.S. to attend Dartmouth University and earned his MD from the University of Pittsburgh. After several years interning in Rhode Island, he returned to Pittsburgh and lived in the city for the rest of his life. He would spend more than three decades as the head team physician for Pitt’s Department of Athletics and founded the University of Pittsburgh School of Medicine’s sports medicine program in 1986. In 1998, he was named the David Silver Professor and Chair of the UPMC Department of Orthopaedic Surgery.

Fu left an indelible mark on the city through the many surgeons he helped train throughout his career — and he left a visible one when he helped conceptualize and design a cutting-edge sports medicine complex, the UPMC Rooney Sports Complex in Pittsburgh’s South Side. In 2018, the complex’s medical building was renamed to reflect Fu’s dedicated leadership: It’s now known as the UPMC Freddie Fu Sports Medicine Center.

In his pursuit of improving ACL surgery techniques, Fu studied fossils, tracked down models of early hominids and even conducted surgery on a Pittsburgh Zoo mandrill monkey who was experiencing knee pain. The result, his “double-bundle” knee repair technique, reflected a more complete understanding of how human knees work.

A study in the Orthopaedic Journal of Sports Medicine found that Fu had published more of the top-100 cited papers on ACL reconstruction than anyone else in the world, along with completing the surgery on thousands of patients.

At the same time, Fu brought together communities at Pitt around orthopaedic surgery and sports medicine that were cutting edge and diverse, including featuring a higher proportion of women in the overwhelmingly male-dominated field of surgery.

Fu was particularly proud of his role as an instructor and mentor. Along with the thousands of medical students, residents and fellows he guided throughout his career, Fu went out of his way to celebrate their successes: He and his wife Hilda Pang Fu sponsored and hosted the 2018 White Coat Ceremony celebrating first-year medical students. Each year since, he has led the class in reciting the Hippocratic Oath, marking students’ commitment to integrity as doctors. He even found time to pursue hobbies (see his photography in the gallery above).

Through it all, Fu developed a reputation for his availability to patients, his commitment to family and his energetic and caring demeanor.

His family asks that in lieu of flowers or gifts, memorial contributions be made to the Fu Family Legacy Fund, which will support the programs and people of the University of Pittsburgh Department of Orthopaedic Surgery.