Book excerpt: a massacre, not a riot 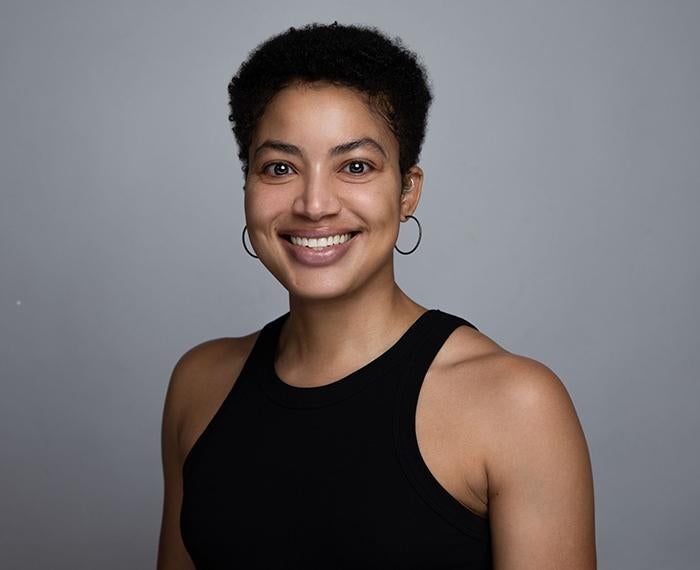 Professor Alaina E. Roberts’ new book, “I’ve Been Here All the While: Black Freedom on Native Land,” explores Reconstruction, identity and race through narrative threads that follow her family’s and American history.

“I tell this story, a unification of Black, Native and white narratives, not only as a historian but also as a descendant of all four peoples: white settlers, Indian freedpeople, African Americans from the United States and Native members of tribal nations. On the one hand, it fills me with pride to think of the resilience of my Chickasaw and Choctaw forebears, who took a forced passage to a new land and turned it into an opportunity to create politically strategic and economically successful nations. And I feel honored to possess the rare legacy of historical Black landownership on the Roberts side of my family,” she writes in the book’s introduction.

As one might imagine, that land ownership was fraught. After their emancipation, her father’s family established Robertsville, a mixed-race community of Black and Native people in the southern Oklahoma region that would later become the city of Ardmore. The family had an informal agreement with their Native neighbors that they could travel freely in the area. There, they put down roots and built a church, but they could not escape racial violence.

“The turmoil in Ardmore, too small to be even a footnote in Oklahoma history, and the 1921 Tulsa Race Massacre which followed not long after, along with changes in the economic and political opportunities available to Black and Native peoples during this period, were signals that times in this corner of the West had changed drastically for the worse,” Roberts writes.

Ahead of the centennial anniversary of the Tulsa Race Massacre, Pittwire offers this book excerpt, which depicts the lead-up to and aftermath of that brutal event.

Although the KKK was active in the West and served as a living, breathing representation of the exportation of white southern racism to Indian Territory, Oklahoma escaped the Red Summer of 1919 (a year that saw lynchings and mass destructions of Black property by whites in places like Chicago, Atlanta, Omaha and Montgomery) without a large incident of racial violence.

But as the 20th century went on, Oklahoma became a hotbed of white racial resentment, primarily revolving around Black and Indian economic gains through natural resources found on their land allotments. In 1921, the overlapping claims made to Oklahoma land by whites, Indians and people of African descent were a powder keg that exploded in a brutal episode of mass racial terrorism in Tulsa.

First an Osage hunting ground and then a Creek town, pre-Civil War Tulsa’s production of petroleum had been a source of annoyance for Native settlers, seeping into water holes and farmlands. But once the technology for the exploitation of the resource was created, Tulsa became a place where oil speculators bought large pieces of land from Creek citizens, and the population grew exponentially, from a town of less than 1,000 to a city of 35,000 after the First World War. Businesses owned by whites, people of African descent and Native Americans supplied oil workers with mining supplies, laborers and scientists. A portion of Tulsa defined by its all-Black-owned businesses, called the Greenwood District, became known colloquially as “Black Wall Street” because of the financial success of the rooming houses, movie theater, grocery stores, auto repair shop and dentists’ offices that lined its avenues. It was these very accomplishments that had long provoked the envy of whites in the community. These white settlers retaliated using the pretext of an African American man’s purported assault of a white woman — a common excuse for violence — to massacre over a hundred Black women and men.

On May 30, 1921, an African American teenager named Dick Rowland had an interaction of some kind with a white teenage elevator operator, leading the operator to scream. Although it is doubtful that the elevator operator, Sarah Page, was sexually assaulted, this was the story that quickly spread across Tulsa, making its way into the next day’s afternoon newspaper.

On May 31, whites reacted, rousing friends and family members to violence under the cover of avenging white femininity; Black Tulsans hurried to protect their property and the now-jailed Dick Rowland. This rush to the jail was seen as an “attack” by whites, and, really, as an unacceptable assertion by African Americans of their rights. In return, Tulsa whites razed a thousand different Black homes and businesses, all the while murdering women, men and children indiscriminately; they shot off their guns excitedly, whooping as if at a carnival or another venue of entertainment.

As Black people ran about, fleeing fires, shootings and beatings by civilians, policemen and national guardsmen alike, they stumbled onto atrocious acts of violence. B.C. Franklin described observing a woman running down the street in a hail of bullets searching for her lost toddler; she survived to tell the tale. A group of three Black men were not so lucky; as they tried to cross the street, all three were cut down by over a dozen bullets.

Said B.C. of the oldest victim, “He dropped [a trunk he was holding] and shrieked and fell sprawling upon the hard paved street. Blood gushed from every wound and ran down the street. I turned my head from the scene.” B.C. and other witnesses also saw buildings catching fire from the top, betraying the use of airplanes to rain down fiery ruin from above, showing the power and influence possessed by whites involved in this organized terrorism. B.C. barely escaped with his life.

By June 1, the white mob had destroyed millions of dollars in property, the majority of which would never be fully recovered, and killed an estimated 100 to 300 African Americans. Many survivors were left homeless, and the city and various insurance companies denied their property claims, leaving them with no restitution.

In the aftermath, postcards depicting the carnage circulated in the white community, celebrating the desolation wrought by white supremacy and settler colonialism.

The word ‘riot,’ used to describe many historical incidents like that in Tulsa, suggests that Blacks and whites were equally involved in the destruction and belies the fact that this was a very deliberate targeting of black success.

Biased accounts of the violence emerged almost immediately. The June 5 edition of The New York Times featured an article about the African Blood Brotherhood, a Tulsa organization dedicated to Black empowerment and self-defense. Perhaps purposely choosing an organization known for their assertive stance in response to white violence, the Times asked why the group “did not encourage its members to resort to the courts to correct any grievances.” Executive head of the brotherhood Cyril V. Briggs responded, “The negro has long lost faith in the ‘justice of the white man toward the negro.’”

The June 2 edition of [Arkansas’] Prescott Daily News reported that 85 were dead after a race riot in “the negro quarter.” While the article mentioned that “many negroes had been burned to death in their homes” and that “negro refugees [had] fled into the country surrounding Tulsa [after] being attacked by armed posses of whites,” the paper still blamed the “riot” on the “200 armed negroes [who] stormed the court house to release Dick Rowland”; the story’s subtitle read, “Troops Restore Quiet After Lurid Race Clashes — Black Agitators Are Blamed for Disastrous Riots.” The paper failed to clarify that it was, in fact, the entity blaming African Americans.

Ever resilient, Black Tulsa residents rebuilt, though the city attempted to stifle them by imposing new laws that required buildings to be taller and made of fireproof materials. After lawyers including B.C. Franklin succeeded in getting this law struck down, nearly 800 new structures were erected, and in 1925 the district’s rebirth was christened when it hosted the annual National Negro Business League conference. But the capital required to rebuild after incidences of property destruction and the emotional and social trauma passed down from incidences of racial terror are two major causes, often forgotten by the mainstream media, of the stunted economic development of so many Black communities. The money, lives and opportunities that were lost can never be regained, and this is one way in which the settler colonial state impairs nonwhite peoples, making them unable to compete with white settlers on an even playing field.

This 1921 event became known as the Tulsa Race Riot. The word “riot,” used to describe many historical incidents like that in Tulsa, suggests that Blacks and whites were equally involved in the destruction and belies the fact that this was a very deliberate targeting of black success — thus, I follow recent historians and Tulsa residents in referring to it as a massacre rather than a riot.

The Tulsa Race Massacre served as the destruction of not only (literal) Black wealth but also the Oklahoma Black memory of self-sufficiency, economic success and racial coalition. The massacre was not taught in Oklahoma schools, nor was the awe-inspiring reality of Black Wall Street. This was not the first nor the last act of racial violence by whites against Black women and men living in the former space of Indian Territory. But as the largest destruction of Black wealth in the region (and, according to economic historians, in the country) and the deadliest in American history, the Tulsa Race Massacre represents the end of the largest representation of what Blacks were able to build economically and socially within Native spaces and under tribal jurisdiction within their extended Reconstruction. Indian freedpeople’s allotments, hard won as a result of a lifetime of enslavement but also through participation in the settler colonial process, provided them with economic autonomy and, for some, incredible wealth through natural resources. Angry that landownership stymied some of the effects of Jim Crow, whites decimated the businesses, homes and dreams of Black people in the Greenwood District of Tulsa.

Though it may be a cliché, it truly was through blood, sweat and tears that the Roberts family carved out a homestead for themselves after emancipation. This space was a rare piece of land owned by a Black family who would maintain possession of it over generations and to this day. It allowed a community to provide itself with food and an infrastructure for institutions, such as a church and a cemetery. It serves as a reminder of Black self-determination, as do the many Black towns sprinkled throughout Oklahoma.