How to talk to children about Juneteenth 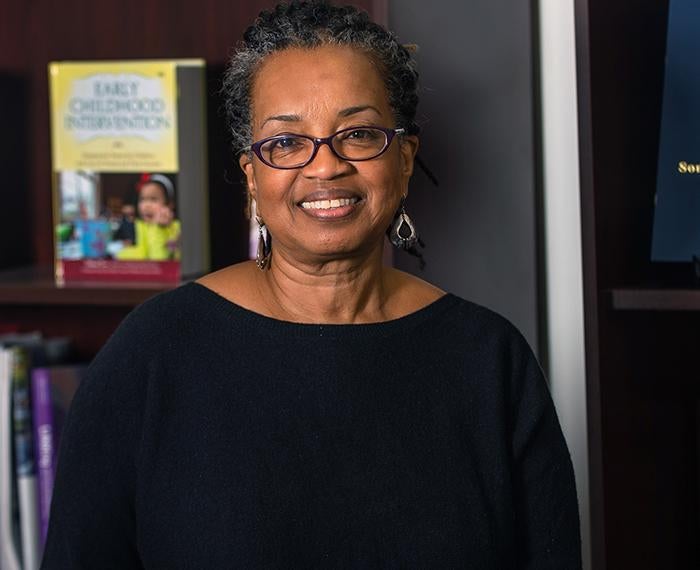 June 19, or Juneteenth, is a holiday that commemorates the day that Texas, the last Confederate state, learned about the Emancipation Proclamation — marking the end of slavery in the United States in 1865.

But as University of Pittsburgh historian Alaina Roberts notes, it’s important to remember that the emancipation of slaves didn’t actually happen in one fell swoop.

“Juneteenth is a reminder that emancipation was not one moment in time: the news about the Emancipation Proclamation (which outlawed slavery within Confederate states) and the Thirteenth Amendment (which abolished slavery throughout the country) came to African Americans in different parts of the United States at different times,” said Roberts, assistant professor in Pitt’s Department of History in the Kenneth P. Dietrich School of Arts and Sciences.

How can we talk about Juneteenth and race with our children? To help, Pittwire sat down with Aisha White, director of the P.R.I.D.E. Program (Positive Racial Identity Development in Early Education) in the School of Education’s Office of Child Development. The goal of the P.R.I.D.E Program is to help young Black children develop a positive racial identity by supporting teachers, parents and other caregivers by providing resources that build their racial knowledge and skills.

How can we talk about Juneteenth to children?

You might not want to explain Juneteenth to kids if you don’t want to explain slavery to them. It may be too scary a topic for kids that aren’t old enough—and while children’s ability to understand and manage that kind of information varies, it’s safer to not start until they’re closer to 6 or 7 years old. However, if children who are younger raise the issue, there are ways to explain it to them that won’t cause anxiety.

I like to reference a TED Talk by author and scholar Beverly Daniel Tatum called “Is My Skin Brown Because I Drank Chocolate Milk?” The way she explained it to her son (who asked the question that became the title of her talk) was: A long time ago, before there were companies, stores and buildings, there were some people who needed to work the land in the United States. There was a need for smart, strong workers—and they went to Africa and brought them to the United States against their will which wasn’t OK. They were people, but they were called slaves. Those people made them work, but never paid them and they were never allowed to leave the plantations where they worked; it was very unfair. But there were also good people who were working to end slavery, Black and white people, and they were eventually successful.

Of course, this is an abbreviated version and you may need to add many more details, but you will have at least covered many of the main issues.

Once you get to the part of the story where you’re explaining Juneteenth, you can tell children that during that time there were no things like TV or phones to communicate; information was written in letters and carried from one place to another on horses. Not everyone got the news at the same time that slavery had ended, so it took two years for people to find out about it in Texas. But on June 19, people in that state did learn about it.

Should this story be told in a different way to a Black child than it would to a white child?

Why is it important to talk about Juneteenth?

Juneteenth gave people freedom but it also gave them hope, something they had been longing for for a long time. Telling this particular story offers an opportunity for kids to know how important it was for people who had been treated so badly for so long to begin to experience a whole new way of life — to be truly free — and that’s always something to celebrate.

If we don’t talk to our kids, they often make their own sense of things on their own.

How early should families be talking about race with children?

This doesn’t differ between white and Black families. One way to introduce the conversation is by reading picture books. They’re an easy and obvious way to introduce kids to people who don’t look like them. Children need to have these conversations because they are seeing what we refer to as racial differences early. By the time a child is 3 months old, they can already notice someone whose skin color is different from their primary caregivers, just by looking at faces. They look longer at the face of someone whose skin color looks like their primary caregiver at that age. But at 6 months, they spend a longer amount of time looking at someone whose face is different from them, for example someone who is darker than their primary caregiver.

As they grow and develop, kids are taking in all the information they get from everywhere in the world, including watching television, being engaged in local activities, the covers of magazines at the grocery story. They can put two and two together, but they don’t always end up with four. If we don’t talk to our kids, they often make their own sense of things on their own.

How might conversations about race look different for Black families and white families?

Black families should be consistently providing uplifting information for children. In the literature, it’s called racial socialization: helping kids feel good about themselves as individuals, including their facial features and hair texture. It’s important they understand they’re part of a larger group of people who are part of their race and feel good about that, about the things those people created and the history of those people. The messages are more protective and can serve as a preventive measure that interrupts the process of them internalizing negative attitudes about themselves they can develop as a result of living in a racialized society.

For white families, it’s important to do work that interrupts white children developing a false sense of racial superiority. Parents should be stifling the idea of racial superiority—and emphasizing that goodness, smartness or kindness is not assigned to a certain race of people.

What should parents be mindful of while teaching their kids about race and racism?

If a parent chooses not to talk about race with their kids, they should know that they’re actually taking an action—being silent is taking action, just the wrong kind. When a child says something that may be racially unacceptable, parents should treat it like any other conversation that they may have with children and not react in ways that are extreme. They should not shush children when they ask questions. The conversation should be natural and comfortable so that children feel free to ask questions and sometimes make mistakes. Children will easily pick up if you’re uncomfortable during these conversations, so it’s better to be sure you’re ready to have them rather than jump into them unprepared. Parents should talk with other adults about race and racial issues in order to feel comfortable and well prepared to have those conversations with their children.

What is the most important thing a parent can be doing right now during this moment in history?

Conversations are important. People may not think they’re significant, but the absence of conversation is doing a whole lot of harm. Their child might have lots of questions they don’t know how to ask. If you open up the dialogue, you’ll be more likely to know more about what they’ve seen, what they’re thinking about, what they’re wondering about.

For example, their child may be extremely afraid of what they’re seeing on the news. Even for parents who are very careful about what their children watch, they might come into the living room when you don’t expect it. And they can still have concerns even if they’ve heard about these things secondhand. If you don’t have a conversation with them, they may be scared to death.

Parents might want to open up the conversation by saying to their child: “We’ve never talked about this before, but I think now we need to as a family. There are lots of things happening with people protesting here in our city and in the country and I really would like to know what you’re thinking or wondering about what’s going on.” Once they tell you, then, as a parent, you can help fill in the gaps, answer their questions and assure them that if they’re worried or afraid, you’ll help keep them as safe as possible.

This story has been updated.