Daughter and dad duo team up against misinformation on social media 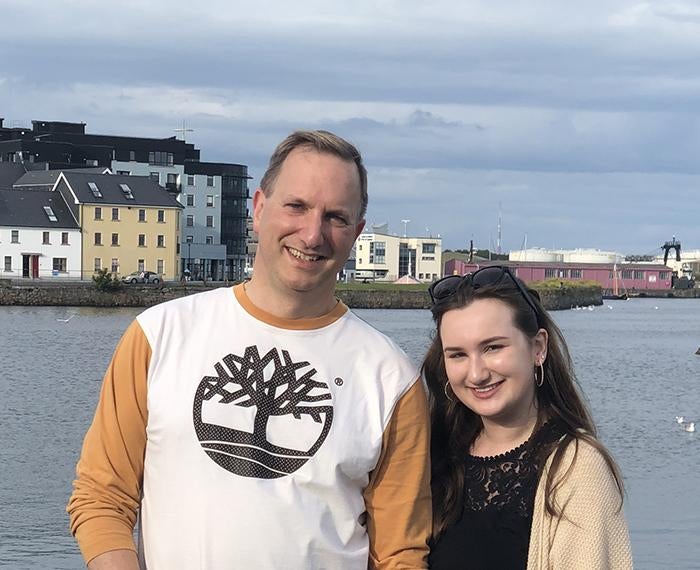 Coauthor a journal paper with your dad? Pitt undergrad Riley Wolynn has.

Wolynn, a sophomore health sciences major, and her father, Todd Wolynn (MED ’92) a pediatrician and CEO of Kids Plus Pediatrics, both contributed to a paper published April 13, 2021, in Vaccine. The study analyzes tweets that use the hashtag #DoctorsSpeakUp, which was originally a pro-vaccine hashtag until anti-vaccine activists co-opted it. In a coordinated attack, the activists employed the hashtag in tweets citing bogus studies and spreading misinformation and fear. Jaime Sidani, assistant professor of medicine and a core faculty member in the center, was the lead author.

The original intention of the hashtag was more along the lines of “#DoctorsSpeakUp about how vaccines save lives.”

This wasn’t Wolynn’s first time studying the anti-vaccine movement; nor was it her first research project with her dad. As a junior in high school, she became involved in a study of an anti-vaccine Facebook attack against her father’s practice. (With other researchers, Wolynn found that arguments against vaccination are diverse but consistent among posters.)

Beth Hoffman, a Pitt public health PhD student in behavioral and community health sciences, oversaw Wolynn’s work on the Facebook study and was more than happy to have her as a research assistant once she started her first year at Pitt. “We’d been really pleased with her work on that first vaccine paper,” says Hoffman, who is with Pitt’s Center for Behavioral Health, Media and Technology.

After the Facebook attack, Todd Wolynn created the nonprofit Shots Heard Round the World, which encourages doctors to respond to vaccine misinformation on social media. Shots Heard went on to collaborate with physician and internet personality Zubin Damania who organized a social media event around #DoctorsSpeakUp.

Hoffman and Riley Wolynn were at the ready to study the activity around the event.

“We learned some really constructive lessons,” from the anti-vaccine response, says Hoffman.

Wolynn, who has coauthored other papers under review, hopes to attend the accelerated program at Pitt Public Health on the behavioral, community and health sciences track and continue working on topics involving media and health.

This story was written by Sarah Stager for Pitt Med magazine.