From Pitt to Hollywood: A conversation on making it in television and film 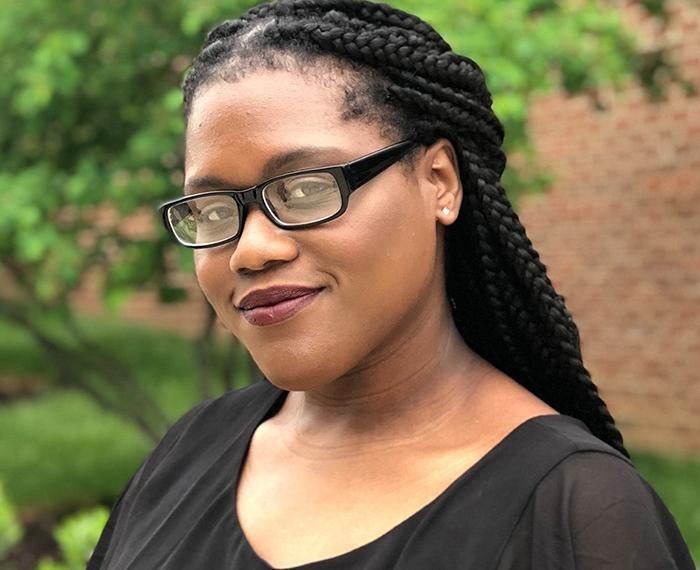 Pittsburgh may be almost 3,000 miles away from Los Angeles, but Pitt people and programs are bringing the University and Hollywood closer together.

One such effort is PITTch, an initiative designed to give young people in Southwestern Pennsylvania a greater understanding of the jobs and pathways to careers in film, television, media and entertainment.

After the panel, Urama sat down with Tierney Washington, a recent alumna who studied film, sociology and Africana studies in the Kenneth P. Dietrich School of Arts and Sciences, to discuss her journey from Pitt to Hollywood and how students can break into the industry.

Urama got her break on STARZ following the success of her half-hour comedy pilot, “I Need Black Friends.” The show won the half-hour grand prize in the 2020 WeScreenplay TV Pilot contest and landed her a deal with CBS Studios and Party Over Here Productions, a company founded by The Lonely Island comedy group.  She wrote her first screenplay while an undergraduate at Pitt — a short film called “Check Yes or No” which Pitt film and media studies senior lecturer Carl Kurlander executive produced.

The following is an abridged version of Urama and Washington’s conversation, plus advice on how students can use PITTch programming to start their own Hollywood careers.

Imagine you’re pitching a new show about you. What would your character description read?

Kelechi Urama — with an anxious, overactive imagination, she is constantly in her head, which works well for her writing career. She can draw on the crazy thoughts that invade her mind and turn those into stories.

When I was younger, I was a dramatic, head-in-the-clouds kind of person. I briefly enrolled in soccer, where I spent most of my time playing with the grass, thinking about books and movies. I’ve always preferred to live in made-up realities.

Tell us about your Pitt experience.

I transferred to Pitt from Fordham in New York. I wasn’t too involved in extracurriculars on campus but being here gave me the ability to be more confident in myself and is where I fell into loving screenwriting. I transitioned from pre-law to communications, and that increased my ability to write on a journalistic and artistic level. It opened me up to take notice of the field, classes and opportunities.

When did you discover your passion for storytelling?

I worked for The Pitt News and had internships but found and fell in love with screenwriting through [Pittsburgh] which gave me direction and allowed me to focus the rest of my time on learning the craft. I realized then that this is what I’d love to do for the rest of my life. I don’t know if this is something I’d be doing as a career if I hadn’t participated.

[More silver screen writers from Pitt: This is Kay Oyegun.]

Why’d you choose Los Angeles, and does location matter?

With the pandemic, the industry is opening where you can be anywhere, but L.A. is where most writers’ rooms are and the primary place for traditional TV writing. Being close is beneficial for networking and accessibility. Experiences like grabbing lunch and coffee are harder to replicate if you aren’t physically here. That said, don’t just pack up and move. Network and save up because L.A. is extremely expensive. Be as prepared as you can be before you make that move.

How did you secure representation?

In 2020, having been here for two years and working outside of the industry, it was time to buckle down and do what I came to do. From June to August, I spent time writing scripts I was comfortable sharing. I’d known about Black List, a website where you pay to host scripts and have them reviewed. If it scores eight or higher on a 1 to 10 scale, they’re shared with industry members. It’s relatively expensive, so I don’t recommend it unless you’re sure you’re writing professional quality work or have something that’ll catch people’s attention. My manager found it, reached out and set a meeting in September, and I signed with him.

I’d suggest taking as many meetings as you can. Make sure you’re going with someone who understands your work, voice and the types of stories you want to tell, that you all are aligned. Ensure they’re someone who’s going to advocate and work just as hard as you to get your name and voice out there.

What can Pitt students do now to prepare for a career in entertainment?

Pittsburgh is an excellent place to be in since many productions are happening there (such as “Dear Zoe,” which stars “Stranger Things’” Sadie Sink). If you want to be a writer, writing is the best thing. Seek out local screenwriting classes, read scripts and connect with other writers in the community. Collaborating with the people next to you will always be the most beneficial thing to do.

How can PITTch benefit students?

The competition is great and allows students to write, create and cultivate relationships they hopefully keep as they move up and forward in their careers. Even now, making connections, knowing you’re not in it alone is something you cannot take for granted, and is important for staying motivated.

More info: How PITTch can help

In the fall of 2022, the University of Pittsburgh’s Center for Creativity (C4C) launched the PITTch 2.0! initiative, part of the C4C’s Pittsburgh Lens, led by Kurlander. The effort included  a call for diverse, Pittsburgh-inspired short film scripts that led to over 80 submissions which offered two writers $5,000 to have their screenplays be used as part of community teaching films which have been shot this year.

The first film selected, “Aftermath,” was a comedy about a couple that experiences relationship issues when one of them believe it’s the end of the world. The second script, “In Good Hands,” based on the memoirs of Children’s Hospital physician Sylvia Owusu-Ansah, and written by recent Pitt alum Yasmine Crawley was shot at Pitt’s WISER Simulation Center which helps gives health care workers hands-on experiences to hone their clinical skills just as the PITTch Film Lab program has been designed to give young people hands-on experiences working alongside experienced professionals on a film set.

Kurlander, a Pittsburgh native and “St. Elmo’s Fire” screenwriter, left Pittsburgh for Los Angeles but returned home to teach at the University of Pittsburgh and has been active in helping build a thriving film industry in Western Pennsylvania.  The PITTch program, supported by a grant from the R.K. Mellon Foundation, is designed to help give opportunities to a diverse group of students and community members to learn about jobs on a film set, as well as encourage more diverse voices and talent, which Kurlander said for too long has been “one of Pittsburgh's greatest exports.”