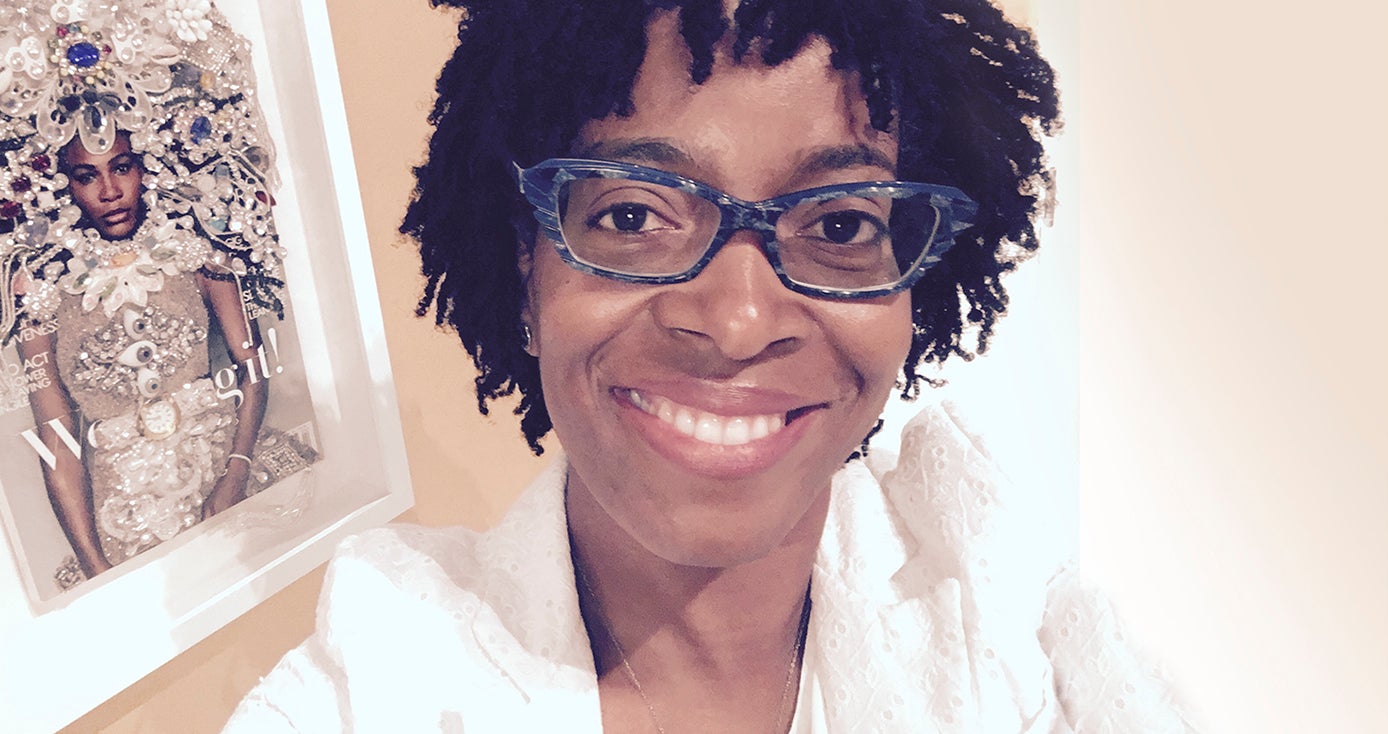 Throughout the pages of the "Black Panther" comic book series, the king of the fictional nation of Wakanda defends his homeland from outside forces as well as conspirators within his kingdom. Debuting in 1966 as Marvel Comics’ first Black protagonist, the character has been an iconic symbol of ethnic pride within the African-American community for more than half a century.

Yona Harvey, a Pitt alumna (SCI ’06G) and faculty member in the Department of English, is intimately familiar with the Black Panther. A writer for two Black Panther spinoff series, she has ventured deeply into the creative lore of Wakanda and knows the franchise’s real-world significance.

“The Black Panther holds an unquestioned place in American history as a trailblazer for diversity in mainstream media. The series paved the way for a growing multicultural trend in the comic book industry,” said Harvey, who first became interested in comic book writing as an undergraduate student at Howard University.

Speaking as one of Marvel’s first African-American female writers, as well as the mother of an adolescent son, Harvey views the Feb. 16 release of the new Black Panther film as another culturally significant milestone in the franchise’s history: “It is important for Black children, mine and others, to see unique Black characters in leading roles, not as the sidekick or as some form of comic relief, but as a legitimate, unquestioned hero.”

Throughout her writing career, Harvey has worked to produce positive and prominent imagery for women and children of diverse backgrounds. A self-described “literary artist,” she is the author of the award-winning poetry collection Hemming the Water, and her work has been published in such respected literary publications as Callaloo, Gulf Coast and Jubilat.

Prior to joining Pitt’s faculty in 2013, Harvey served as the director of the Creative Writing Program at Carnegie Mellon University. She has taught creative writing and English composition at institutions in the United States and across the globe in the Fukuoka Prefecture of Japan. Her most recent honors include the 2017 Lucille Clifton Legacy Award in Poetry and the 2012 Individual Artist Grant in Creative Nonfiction from the Pittsburgh Foundation.

“My work — poetry, essays, teaching and comics — primarily aims to make Black women’s lives visible, vibrant and recognizable for other Black women, but I also want my writing to speak to women of all backgrounds,” said Harvey, who calls comic-book writing the unparalleled challenge of her career. “Writing for a comic book takes an unbelievable level of cohesion between the writers and the illustrators. As a poet, accustomed to writing in isolation, that took some getting used to. At the same time, I’ve always loved visual art. So, the biggest joy of the experience was seeing those amazing illustrated pages come together every few weeks.”

For Marvel, Harvey contributed to the "World of Wakanda" and "Black Panther and The Crew" parts of the series, writing for the characters of Zenzi and Storm, respectively. With the ability to control the emotions of others, Zenzi is a revolutionary leader and one of the greatest threats to peace and prosperity in Wakanda. Storm, named for her ability to manipulate the weather, is a love interest to the Black Panther and has appeared in numerous Marvel franchises; in the 2000 X-Men film franchise, the character was portrayed by Oscar-winning actress Halle Berry. Harvey describes both individuals as complex, driven women who play prominent roles in the Black Panther’s world.

Harvey’s work is part of an ongoing effort by the comic book industry to better reflect the diversity of American society. Historically, comic books have most often portrayed white males as the protagonists. In recent years, however, Marvel alone has introduced African-American teenage heirs apparent to Spiderman and Ironman, as well as Islamic-American and LGBT versions of Ms. Marvel and Ice Man, respectively, among other notable characters. It is a movement that Harvey says is long overdue.

“Literature should reflect the face of the world in which we live. Comics have always had a diverse readership and the books should reflect that,” said Harvey, who is currently working on a nonfiction collection of essays on depression and mental illness as well as other Marvel projects. “This era in the comic book industry is opening doors for a diverse set of artists and writers, and that is beautiful to see and be a part of. It is as though comics and mainstream media in general is waking up to the imagination, creativity and economic influence of people of color. The Black Panther franchise was at the very beginning of that.”