Commencement 2019: The Ins and Outs 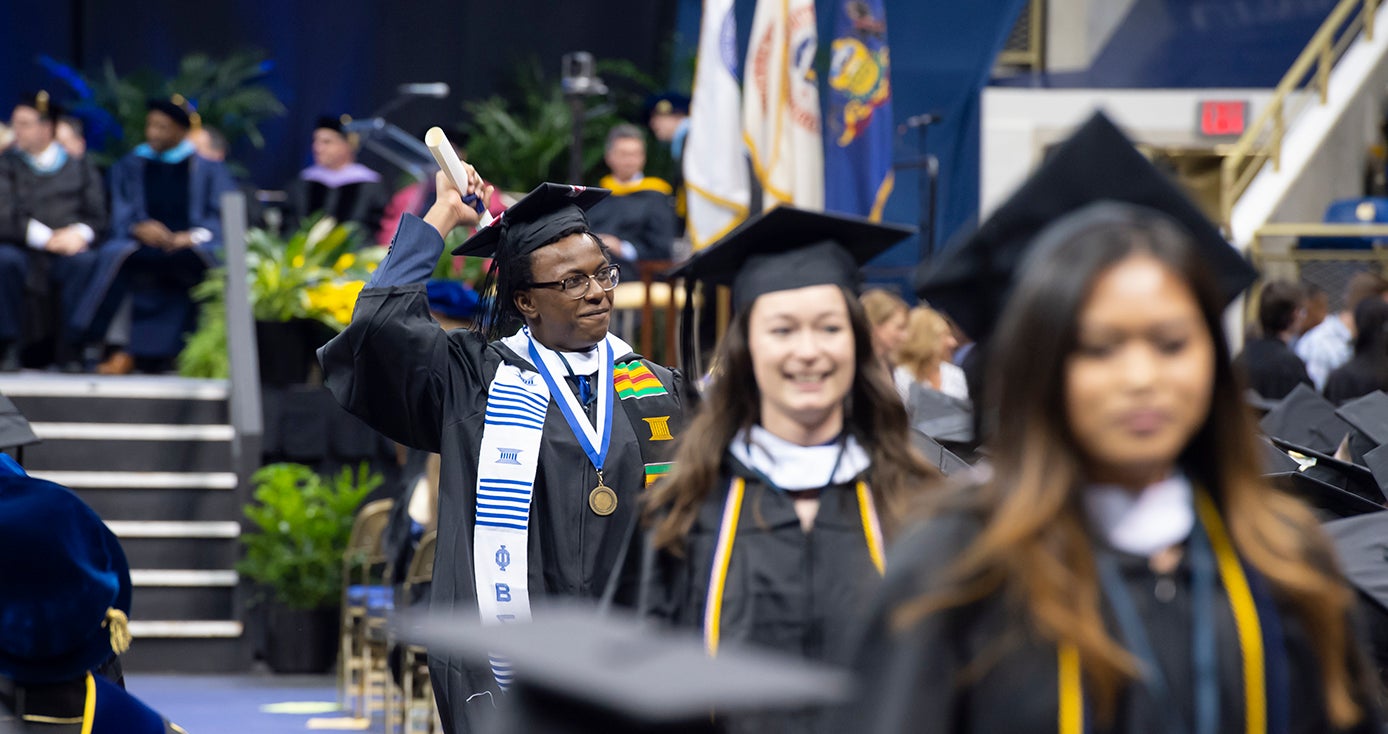 Years ago, Ann E. Cudd sat in the stands at Pitt commencement, waiting to cross the stage to accept her diploma. This year, for the first time as Provost and Senior Vice Chancellor, Cudd gets to watch from the stage as more than 5,000 newly minted graduates do the same at two separate ceremonies this week.

Pittwire congratulates the Class of 2019!

Make sure to mark the occasion on social media using #PittGrad19 and visit the commencement website for the most up-to-date information. Here are some basics for grads and guests:

The graduate ceremony begins at 6:30 p.m. on Thursday, April 25. The undergraduate ceremony starts at 1 p.m. on Sunday, April 28. Both are at the John M. and Gertrude E. Petersen Events Center. University-wide ceremonies typically last between two and two-and-a-half hours.

Tickets are not required, and seating is first-come, first-served. The University recommends that attendees allot about 30 minutes for traffic coming into and out of the Oakland area.

Guests should enter the Petersen Events Center through the lobby-level entrance (on the corner of Terrace and Desoto streets) or through Concourse A (from Sutherland Street). There will be security at both entrances.

For those unable to attend the Pittsburgh events in person, University-wide commencement ceremonies will be livestreamed on Pittwire.

In addition, a number of schools and departments host their own commencement events on different days throughout the end of April and early May.

Contact the Office of Special Events at gradinfo [at] pitt.edu with questions.

Allegheny County Executive Rich Fitzgerald will give the commencement address to students who have earned master’s, professional doctoral and doctoral degrees on Thursday. Currently serving his second term, Fitzgerald was elected County Executive after serving 12 years on County Council, including four times as president.

Dereck Hogan (A&S ’95), U.S. Ambassador to the Republic of Moldova, will address the undergraduate class of 2019 on Sunday. After studying politics, philosophy and economics through the University Honors College, Hogan began his service as an American diplomat in 1997 and became one of the Department of State’s experts on Eastern Europe. Read more of his story.

On the big day

Take lots of pictures! Here’s a list of photogenic locations.