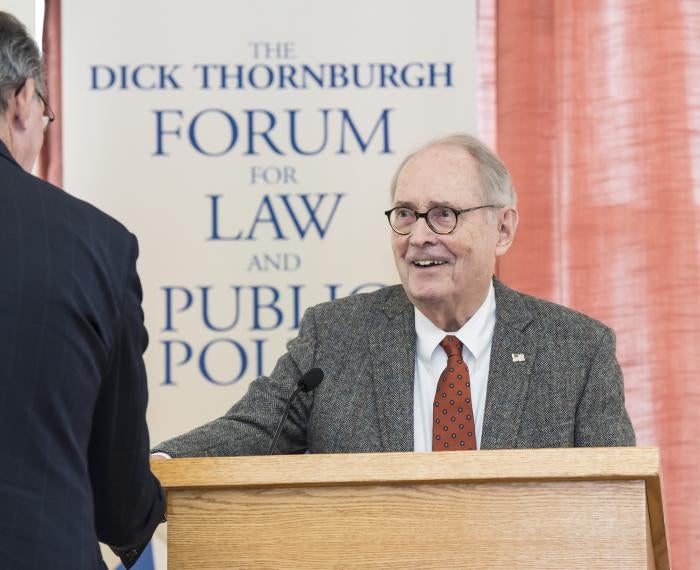 He died Dec. 31, 2020, following an extraordinary career and legacy of achievement and advocacy. He is widely respected as an ally for disability rights, having helped pass the Americans with Disabilities Act of 1990 (ADA) and the ADA Amendments Act, and for his leadership and response during the Three Mile Island nuclear crisis.

The celebration, “Learning from a Life Well Lived,” will feature discussions moderated by respected leaders, including a former chief of staff to President George W. Bush and a U.S. Attorney, around topics Thornburgh considered vital to our democracy.

Learn more about Thornburgh, and register for the event and reception, as seating is limited.

A memorial service will be held at Shadyside Presbyterian Church at 3 p.m. Sunday, Oct. 16.