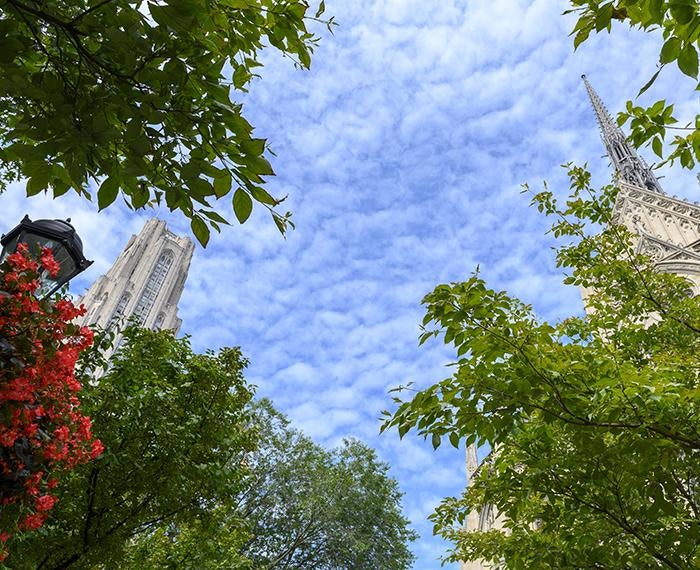 Two Pitt physicists in the Kenneth P. Dietrich School of Arts and Sciences received prestigious awards from the American Physics Society on work ranging from the tiny to the even tinier.

Physics Professor Vittorio Paolone was part of a team that was awarded the W.K.H. Panofsky Prize, which recognizes achievements in particle physics, while Assistant Professor Andrew Mugler’s team was given the Irwin Oppenheim Award, which recognizes a paper published in the journal Physical Review E.

Paolone has been working on tiny and famously hard-to-detect particles called neutrinos for decades, collaborating with other researchers at the Fermi Nuclear Accelerator Laboratory, better known as Fermilab.

He and his collaborators won the Panofsky Prize for their work in the early 2000s directly detecting one such particle, the tau neutrino, in an experiment that Paolone helped design.

Mugler’s award-winning work was more recent, a 2020 paper showing that a concept from physics called a “critical point” can help predict how cells behave. A critical point is a boundary where a material faces a tipping point — like the point at which water freezes. Physicists have long wondered if the concept could dictate some processes in biology.

“It’s a compelling story,” Mugler said. “But I don’t think, until this paper, people really wrote down that question in a quantitative way. And then we extended it to cases that are more realistic for cells.”

In a cell, that could translate to a sort of tipping point between two different ways of responding to its environment. Sitting right on that tipping point, the researchers showed, may offer advantages for the cells, allowing them to better respond to their environment.