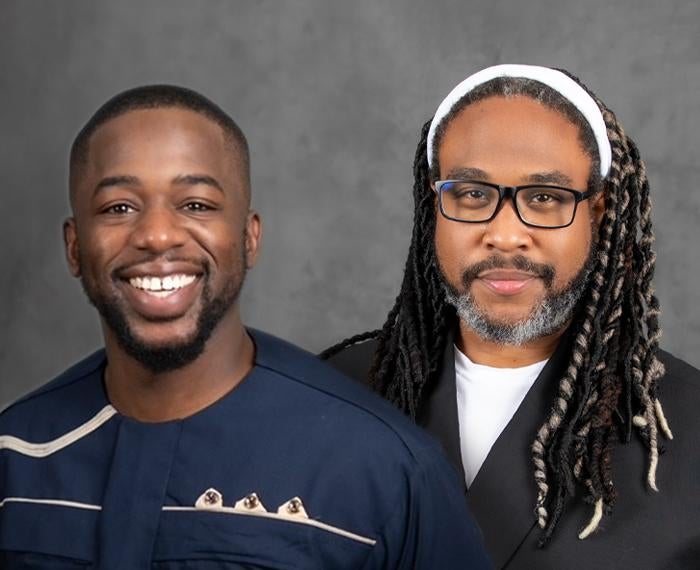 Emiola J. Oriola has been named the inaugural director of the office of belonging and inclusion. Prior to his appointment, he was the founding program manager for the Office of Interfaith Dialogue and Engagement, also in the Division of Student Affairs, where he helped students, campus and community members across various backgrounds share perspectives and build bridges.

Oriola received his bachelor’s degree from Pitt in psychology, his Master of Arts in Theology from Pittsburgh Theological Seminary and his Doctor in Education from Pitt. His research focuses on experiential learning, global perspectives and building learning skills in students through intentional exposure, communal dialogue and creative expression.

He describes himself as a lover of people who strives to build unity in diversity proactively and intentionally.

DaVaughn Vincent-Bryan has been named director of involvement and student unions in the Division of Student Affairs. He joined Pitt’s residence life team in 2016 as assistant director for programming, and he most recently served as associate director for residential experience. In these roles role, Vincent-Bryan created several signature programs including Pitt’s Got Talent, Late Night Breakfast and Panther Pride Week.

Vincent-Bryan, the first in his family to pursue higher education, earned his bachelor’s degree in psychology and public communication from the University of Vermont, his master’s in organization leadership from Southern New Hampshire University and is currently pursuing a Doctor in Education in Pitt’s School of Education with a research focus on fostering cohesion through shared mission development.

His personal mission at Pitt, Vincent-Bryan said, is to “make a big place feel small." He is passionate about building access and community to ensure that individuals are seen and know that they belong.