Shenay Jeffrey is the new director of the Office of PittServes 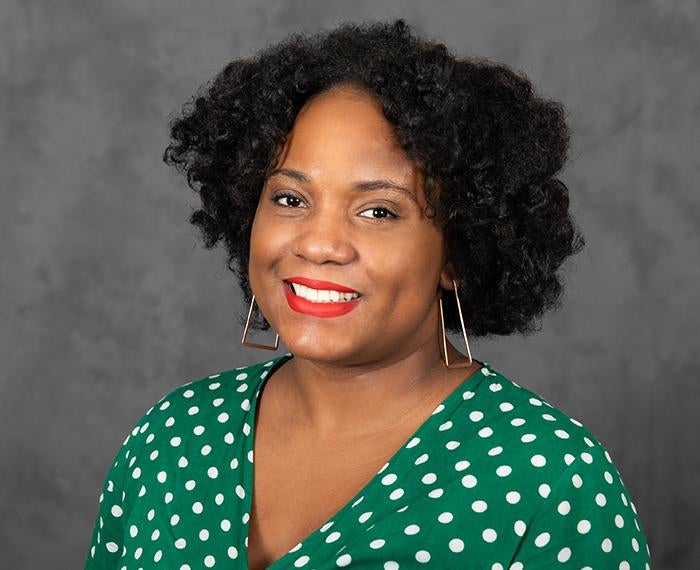 Shenay Jeffrey (SHRS ’10) has been appointed director of the Office of PittServes, effective July 5. In this role, she is responsible for creating strategic community initiatives to develop students' civic engagement experiences. In her previous role as the outreach coordinator, Jeffrey was responsible for establishing and maintaining University partnerships with various neighborhoods in the City of Pittsburgh.

Jeffrey was born in Georgetown, Guyana, and attended secondary school in Nassau, Bahamas. She obtained her bachelor’s degree in health information management from the University of Pittsburgh and a master’s degree in public management from the Heinz College at Carnegie Mellon University. She is also currently a doctoral candidate in the School of Education at Pitt, with a focus on student civic engagement experiences.

As an active member of the Pittsburgh community, Jeffrey has held various leadership positions in regional organizations such as the chapter president of the Urban League Young Professionals of Greater Pittsburgh, public policy and advocacy board chair of PUMP and board chair of New Voices for Reproductive Justice.

She has also received several awards including the Iris Marion Young award for Social Justice and a Western PA Rising Star award. She was named a Pittsburgh Magazine 2021 40 Under 40 honoree was also featured in the American Dream series from the Pittsburgh Post-Gazette, a feature that highlights the immigrant contributions to the City of Pittsburgh.