See this year’s winners of the annual Pitt Alumni Awards 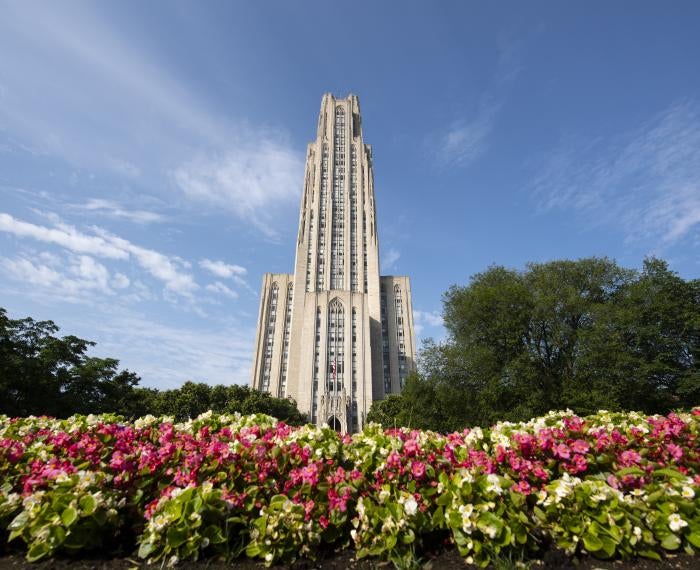 Every day, University of Pittsburgh alumni show the world the power of their Pitt degree by excelling in their fields and improving their communities — and each year, the Alumni Association bestows on four of them special honors.

“Combing through the nominations for our annual awards is one of the most inspiring and thrilling aspects of my job,” said Nancy Merritt, vice chancellor, alumni relations. “I wish we didn’t have to narrow it down to one winner per award.”

This year’s winners are:

Thompson holds an adjunct faculty appointment at the University of Pittsburgh School of Nursing and is involved with a variety of health care organizations nationally and internationally to improve safety and quality of care.

As the chief nursing officer with the Pittsburgh Regional Health Initiative, she led a project to prepare front-line leaders to become change agents and was the Pittsburgh lead for an Agency for Healthcare Research and Quality team, which identified the challenges senior leadership faced in implementing a patient safety agenda.

Thompson served on the Pitt Alumni Board and she volunteers her time as a speaker at School of Nursing graduation ceremonies, alumni events and mentoring activities.

Sheth was born in Burma (now Myanmar), where his father had migrated from Western India to set up a business as a rice merchant. In 1941, the family returned to India as refugees in the wake of the Japanese invasion of Burma.

Two decades later, Sheth came to the United States to earn his MBA and became fascinated by new psychological theories regarding marketing, later earning his PhD from the Joseph M. Katz School of Business.

Along with his mentor, Professor John Howard, Sheth co-authored the book, "Theory of Buyer Behavior," which still provides the foundation for research in the field of consumer psychology and marketing.

Currently, Sheth is the Charles H. Kellstadt Professor of Business in the Goizueta Business School at Emory University and the founder of the Sheth Leadership Academy. At Pitt, he has created several funds including the Sheth Faculty and Alumni Award, which annually recognizes a faculty member and two alumni for their contributions to the international business community.

Though Alyson D. Stover (SHRS ’03, ’05G, LAW ’11) has only had her Pitt Law degree for ten years, she has already built a reputation as a fierce advocate for children with disabilities — especially within the rural community where she lives. In recognition of her work, she was chosen for the 2021 Ivan & Mary Novick Award for Young Alumni Leadership.

Stover founded and runs Capable Kids, a large, multidisciplinary pediatric rehabilitation clinic serving children and their families in rural Mercer County. The commonwealth of Pennsylvania has often called on her to help form policy, including an invitation to serve on a statewide task force for safe and effective prescribing practices. Stover was the only non-physician health care provider to be invited.

Pecsenye wears his Pitt spirit on his sleeve — and his hat, and the walls of his Philadelphia law firm office, and, during the pandemic, his mask. Pecsenye started showing that spirit early on as a member of the Pitt Band. After graduation, he kept donning his team colors and, until COVID-19 interrupted, he had attended every Panther football game since 1985. He had a similar streak of attending the conference men’s basketball tournament, whether Big East or the ACC, every year since 1983.

In addition to cheering from the stands, Pecsenye has served in almost two dozen volunteer roles at Pitt. He is currently a member of the Board of Visitors for the School of Law and a member of the Champions Advisory Board, supporting the director of athletics.

In 2014, Pecsenye endowed a scholarship that is given annually to a member of the football team studying in the Kenneth P. Dietrich School of Arts and Sciences and in 2019 he created an estate plan that includes funds to support the School of Law and Alzheimer’s disease and dementia research.

Pitt is the only university in the U.S. with this giant 3D printer for metal