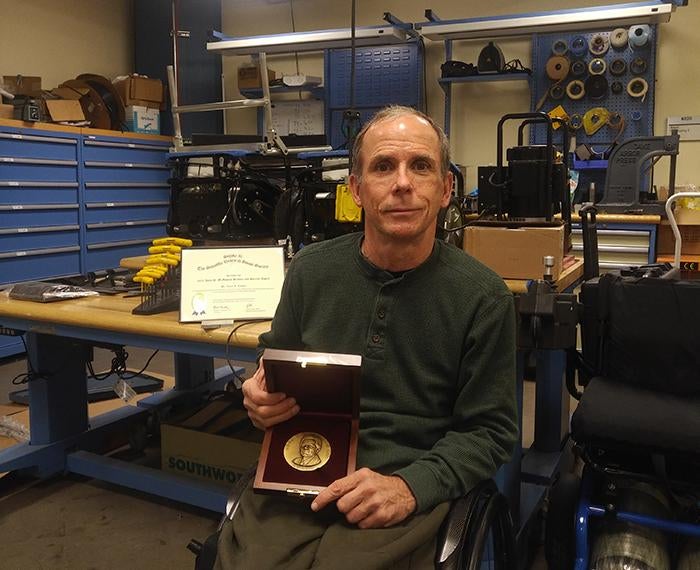 Rory Cooper, assistant vice chancellor for research for health sciences and STEM collaboration, received the John P. McGovern Science and Society Award from the Sigma Xi Research Society. Recipients of this award represent individuals who have supported research, the communication of science and the impact of science on society.

Cooper is being recognized for changing the lives of people with disabilities and bringing newly separated veterans into the world of STEM academia.

He received the award at the Sigma Xi Annual Meeting and Student Research Conference, where he also presented "Participatory Action Design and Engineering: Forging a New Freedom," which offered new pathways to expand the talent pool of scientists and engineers. Cooper also spoke about the work he and his colleagues are doing to create technologies and systems for older adults and people with disabilities.

Cooper is the founding director and VA senior research career scientist of Pitt’s Human Engineering Research Laboratories. He is also an elected fellow of the National Academy of Inventors and has authored or co-authored more than 300 peer-reviewed journal publications.