What you need to know about monkeypox 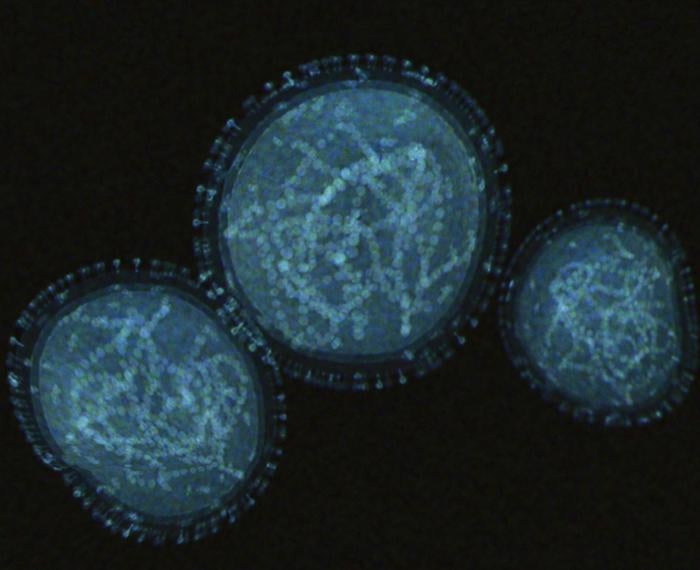 Ken Ho’s plan after medical school was to join his father’s primary care practice, but a rotation at an HIV clinic as a student set him on the path to becoming an infectious disease specialist. Ho directs the Pitt Men’s Study, a longitudinal HIV research project, and was the site leader for the COMPASS Study examining how COVID-19 impacts different communities across the U.S.

Pursuing an infectious disease track in medical school put Ho at the perfect intersection of public health, research and clinical medicine, he said. What was satisfying was seeing the direct impact he made when treating his patients.

Today, he is known as a champion of preventive biomedical strategies for HIV and a tireless advocate of addressing inequalities in health care.

As monkeypox spreads across the U.S., often through sexual and close contact, Ho said he’s seeing parallels between it and the early response to HIV.

“Some people say that ‘monkeypox is a gay disease, and I’m not gay; therefore, I don’t need to worry about this,’” Ho said. “And some characterize the gay community as reckless. Those attitudes are destructive and counterproductive from a public health standpoint.”

Pittwire asked Ho to share his insights on the prevention and treatment of monkeypox and how the virus compares to COVID-19 and HIV.

Until a few months ago, most of us outside the medical profession had never heard of monkeypox. Is this a new disease?

Monkeypox was first discovered in research lab monkeys back in the ’50s, but the virus is actually thought to circulate more in small rodents and mammals in Africa.

This year's monkeypox outbreak presents differently than outbreaks of the past. Before this year, people’s monkeypox-related rashes started on their extremities first and then traveled to the rest of the body. The monkeypox patients we’re seeing this year are exhibiting different symptoms.

In 2022, people don’t always initially present with a rash on their extremities; instead, the rash can appear anywhere, in particular on the patient’s genitals or anus. The bumps now associated with monkeypox don’t always spread to other parts of the body — sometimes there is only a small bump visible, or patients get no bumps at all.

In some cases, the patients we are seeing these days have something called proctitis, which is painful rectal inflammation that makes it painful to have a bowel movement, and sometimes patients even bleed from their anus.

How does monkeypox virus differ from COVID-19?

Monkeypox does not transmit anywhere near as efficiently as COVID-19; a shutdown like we’ve seen in the past to stem the tide of the COVID-19 is not necessary.

Most monkeypox transmissions happen through close contact, but they can also spread through respiratory droplets, though it is nowhere near as contagious as COVID-19.

For COVID-19, we often define an exposure as being maskless within 6 feet of an infected individual for more than 15 minutes. COVID is contagious because the virus spreads in tiny droplets. On the other hand, monkeypox respiratory transmission happens in larger droplets that tend to fall rather than stay in the air. You would need to be in the same room and close to somebody who has monkeypox for many hours before there is significant risk of transmission.

What should sexually active people keep in mind to prevent monkeypox?

First, determine if you meet the state criteria for getting the Jynneos vaccine. For example, if you are a person who takes HIV prevention medications, such as PrEP, have had a recent STI, are HIV positive or have more than one sexual partner, then you may qualify for the vaccine. That’s a great start in reducing one’s risk of getting monkeypox.

There are also ways to practice harm reduction while still being sexually active. People should ask their partners if they’ve been feeling okay or experiencing rashes. Have the conversation. You could also limit your number of sexual partners, because the more partners you have, the greater the risk of contracting monkeypox.

What should I do if I think I have monkeypox?

If you’ve been exposed to monkeypox or you think you have monkeypox, you should visit an LGBTQIA+ serving health care provider, such as an HIV clinic. Those doctors are versed in identifying and treating monkeypox. In Pittsburgh, there are many community clinics to go, including UPMC’s Center for Care of Infectious Diseases, Central Outreach Wellness Center, Metro Community Health Center or Allies for Health and Wellbeing.

For Pitt students, if a need is indicated, testing can be arranged and provided through the Student Health Service, which can be reached at 412-383-1800.

After examining your rash or bumps, a doctor will perform a skin swab and send it for testing.

What happens if I’ve contracted monkeypox?

The virus typically resolves within 2-4 weeks. The rash appears as spots that later transform into pus-filled bumps. Eventually, the lesions scar and fall off. If you are pregnant, have a compromised immune system or develop complications such as eye involvement, proctitis or severe pain, you should contact a health professional, as you may qualify for an experimental antiviral treatment.

What happens if I’ve been exposed to monkeypox?

Right now, in Pennsylvania, the Jynneos vaccine is being distributed as post-exposure prophylaxis and the vaccine can help to prevent infection or reduce the severity of symptoms. The vaccine will be injected intradermally, between the layers of your skin.

What parallels are you seeing between the public’s response to HIV/AIDS and the emergence of the monkeypox virus?

One lesson from the late ’70s and early ’80s, when we first learned about HIV and AIDS is that fear-based messaging — that is, using stigma as a way of discouraging behaviors — may actually increase the spread of viruses by increasing barriers to care. That approach didn’t work. It was using fear to discourage, and I am saying this with quotation marks, “bad behavior.” That resulted in a general shutdown of the conversation about HIV, and by extension, people were sometimes too scared to get tested and didn’t seek treatment. Decades later, we are in a better place regarding how we deal with monkeypox, but the stigma is still present.

Monkeypox doesn’t check your sexual orientation or gender identity before it causes an infection. Keep in mind that specific populations are at a higher risk for severe disease from monkeypox: pregnant women, children, anyone with an immunocompromised condition, including HIV. People who have cancer or take medications that suppress their immune system are also vulnerable.

Though it appears that monkeypox transmission has stayed primarily among gay and bisexual men, there have been instances where the virus has been contracted by women and children. It’s dangerous to think that just because you don’t identify as gay, you don’t need to take precautions to prevent contracting monkeypox. Simply put, the virus infects people.

Find more information about how Pitt is responding to monkeypox on the Public Safety and Emergency Management website.