Understanding the Role of Race in Business 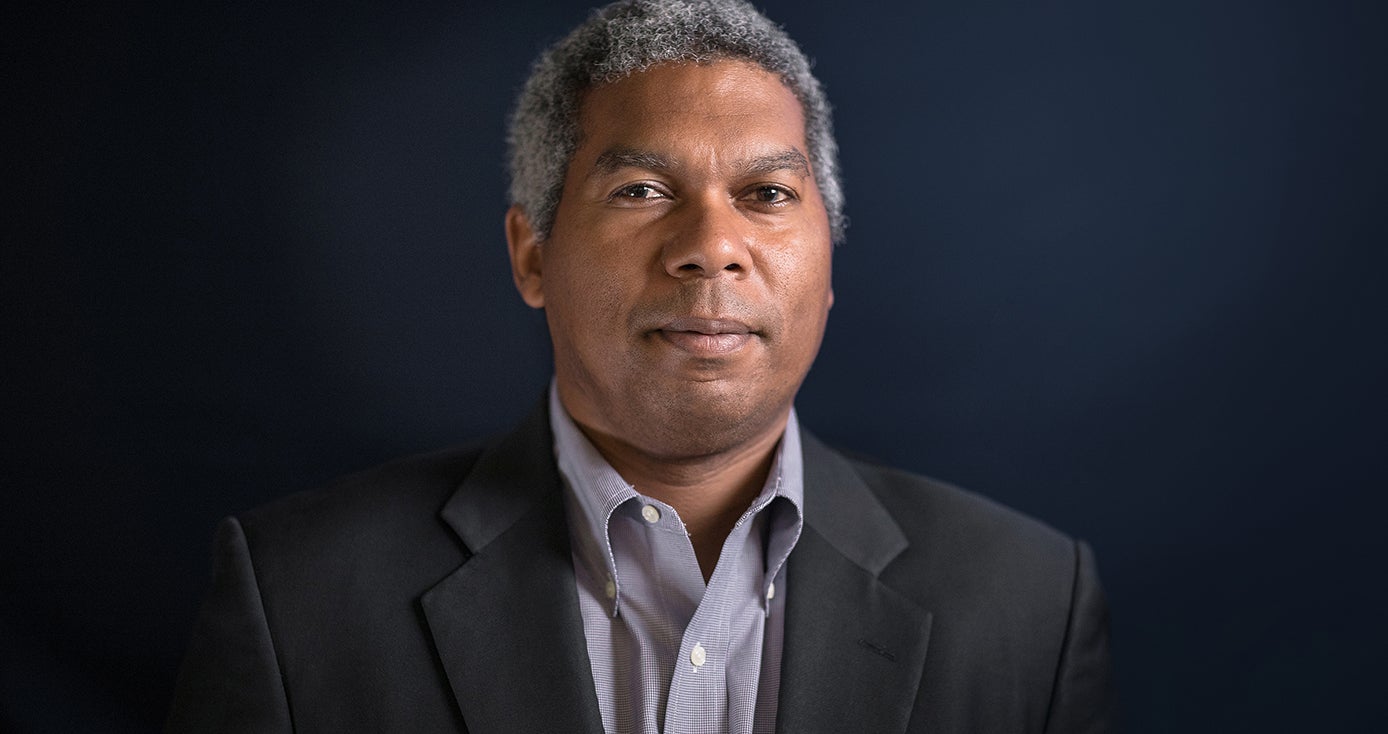 After the May 2020 death of George Floyd and the waves of protests that followed, Pitt Business faculty member Paul Harper was moved to use his position to expand understanding of racial justice—both among business students who will be tomorrow’s leaders, and among colleagues in the field.

He’s been the driving force behind a new course at Pitt and an upcoming series of presentations by top business scholars that examine issues of racial justice at the intersection of business and society.

“Since the murder of George Floyd, there has been a consistent effort by people who are looking for a moral evolution. I am heartened by that—and young people are at the lead,” Harper said. “I want to have these conversations. These are the people who are going to move this world forward.”

As one of a very few Black business school faculty members nationwide, he “felt a personal responsibility to step forward and show leadership,” said Harper, a clinical assistant professor of business administration in the Joseph M. Katz Graduate School of Business whose research and teaching are focused on business ethics, international entrepreneurship, social entrepreneurship and inclusive innovation.

A deeper understanding of racial justice is increasingly important to business students’ success, he said.

"Corporations are not immune to changes in public sentiment and the desire for social justice. The choice of which social issues a corporation ought to address, what constitutes the basis of moral duty and how that moral obligation is to be met falls under the intellectual purview of business ethics,” said Harper.

“For corporations and the schools that are tasked with training their management and leadership ranks, the strategic implications are clear: As much as this is about Black and white, about good and bad, and about right and wrong, it is also about winning and losing,” said Harper.

“Moving forward, corporations will need new leadership who are trained to understand, recognize and affirm calls for social justice emerging from the stakeholder ranks, and there will be fierce competition for the alumni of those schools who can provide that kind of strategy and business ethics training," Harper said.

Over the summer, Harper developed a new course to address the questions of structural racism, justice and capitalism. Race and Business Ethics was offered for the first time in fall and is again being offered this spring term through the College of Business Administration.

“The last thing I want to do is have students leave unprepared for dealing with the awakening giant of race consciousness,” he said. “You’re seeing a moral reckoning going on here. I couldn’t see how any quality business school could proceed without that.”

While business schools traditionally have addressed race in the context of interpersonal relations, Harper’s course takes a much broader perspective, starting with how U.S. business as an institution has been complicit in the racial exploitation that brought the nation to this point in its history.

Events that have made news headlines in recent months can be viewed through a business lens, Harper noted: Sports teams are grappling with whether players should be allowed to protest, as well as with the significance of racially-tinged team logos and branding. Prestigious financial institutions that benefited from the slave trade are being forced to examine their history and contemplate steps for moving forward more equitably. And universities are having to wrestle with the ways they have been complicit in the creation and maintenance of the systems that propagate and legitimize racial bias, he said.

These ethical questions are at the same time all business problems.

“The study of racial justice and business is not something that’s been done, but that is really the battleground. These questions relate to the brands you purchase, the teams you cheer on, the corporations you aspire to work for,” he said.

“If we take these issues dead-on, there’s the opportunity to have a high impact. That’s the place where change will be made.”

Beyond the University, Harper was named co-chair of a new Racial Justice Committee of the Social Issues in Management (SIM) Division of the Academy of Management (AoM). AoM is the preeminent international professional association for scholars of management and organizations.

If we take these issues dead-on, there’s the opportunity to have a high impact. That’s the place where change will be made.

He is the lead editor of an upcoming special issue on the topic of racial justice in the Journal of Business Ethics, the top journal in his field, and recently co-authored a virtual special issue that focused on the role of the corporation in eradicating structural racism.

Harper is continuing to leverage his expertise and his unique perspective with the launch of a new AoM SIM Division Racial Justice Web Forum that examines racial justice at the intersection of business and society.

Pitt’s Katz School is the lead sponsor of this free five-part series that features top business scholars from around the world.

The presentations are of particular interest to business professionals, but registration is open to the public.

The first online forum, “Racial Justice and Business Schools,” is set for 11 a.m. on Jan. 22. Harper will be among the panelists who will examine the role of race in business school curricula and research valuation.

Other events in the series are: