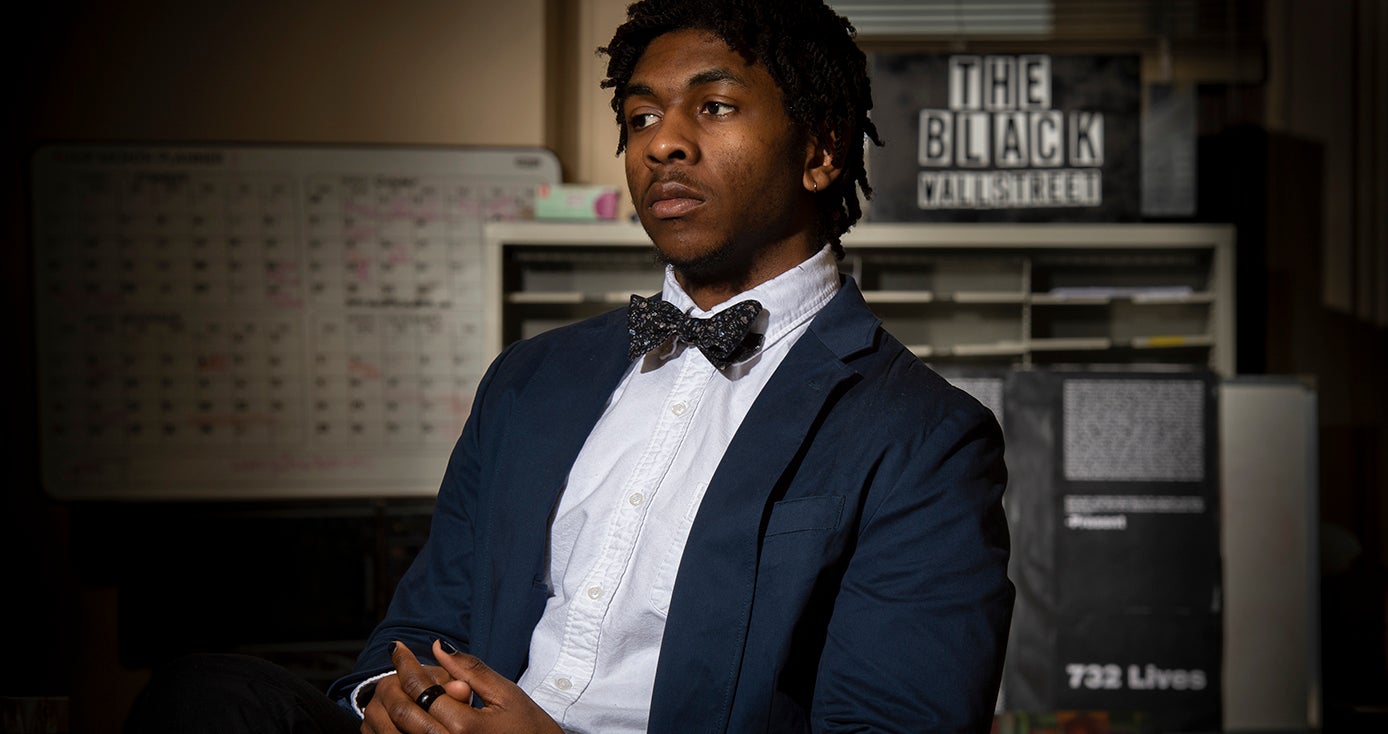 When Zuri Kent-Smith was elected to the Student Government Board (SGB) in 2017, he saw room for improvement in how the decades-old institution was run.

As the governing body of and for the undergraduate student population at Pitt, part of SGB’s responsibility includes allocating a portion of the $2.7 million Student Activities Fund to student organizations in need. This could be for anything — from covering costs for speakers or performers to transportation to updating technology. SGB subcommittees are dedicated to shaping every student’s Pitt experience across interest areas such as academic affairs, community and governmental relations, facilities and wellness.

However, Kent-Smith and others noted there wasn’t a committee dedicated to diversity and inclusion. So they made one.

“It totally shook the entire Student Government Board,” said Gabby Yearwood, lecturer and director of undergraduate studies in the anthropology department, who taught a course, The Politics of Black Masculinity, that Kent-Smith took as a first-year student.

Whether you’re graduating this year or just cheering on the Class of 2019, there’s so much to celebrate.

Take Pittwire with you!

Don’t leave Pitt without adding your personal, business or new academic email to keep getting the free Pittwire newsletter in your inbox every week.

Stay connected to your alma mater — subscribe now by clicking this link.

“Imagine interjecting a whole new component into that organization and saying, every aspect of the Student Government Board has to be connected to thinking about diversity and inclusion in everything that we do and everything we’re responsible for, which is every undergraduate student at the University,” said Yearwood.

He graduates with bachelor’s degrees in in philosophy and Africana studies this spring, and though he’s not set on his next steps, “He has a high ceiling,” said Kenyon R. Bonner, vice provost and dean of students, who has worked with Kent-Smith on a number of initiatives.

In 2017, when Kent-Smith became SGB’s executive vice president, he earned the most votes of any candidate running for Student Government Board that year. Over the summers, he has interned in New York City for an environmental justice group; taken classes in public health at Columbia University, studying the interplay of private healthcare, cultural competence and healthcare inequality; and mentored younger students in Pittsburgh. He was a finalist for the Omicron Delta Kappa Senior of the Year award, and is currently working with the PA Environmental Council as an Elsie Hillman Civic Forum Honors Scholar. He’s passionate about affordable food on campus and student mental health, most recently establishing a new student group, Panthers of Color, to provide a safe space for students of color to discuss mental health issues and shared experiences in an empowering way.

“I’m a strategist. That’s kind of my thing,” Kent-Smith said. “Basically my four years have been spent trying to figure out what’s the best way to effect change on campus.”

Forward-thinking, charismatic, passionate and unapologetic are all words that have been used to describe Kent-Smith. In some ways, from the beginning.

As a kid growing up in North Carolina, Kent-Smith would insist his mother tuck his shirt in every day before he learned to dress independently. As a fourth-grader, Kent-Smith was elected vice president at school and “immediately went out and bought a planner.” At Pitt, he earned the Cathedral Prestige Scholarship, which covers full tuition for minority students.

“There’s really something to be learned about politics from being at Pitt,” Kent-Smith said. Not that he necessarily wants to go down that road — though Yearwood could imagine turning on the TV one day and seeing the budding activist:

“He’s a force. He’s always been fearless in terms of calling people out on being better. I think that’s been his legacy at Pitt.”

“We need students like Zuri in any university community,” said Bonner, who incidentally, was a philosophy major himself in college. “It matters that Pitt students are not just engaged on campus and in the classroom, or even in the city of Pittsburgh, but also with the wider world,” Bonner said. “Historically, college students have always been a voice in major social movements and periods of change throughout the world. Those like Zuri — who care passionately about the issues, whose hearts are in the right place, who are both capable of holding those around them responsible for being better, and who at the same time are responsible themselves — are vital to that effort.”

Kent-Smith said, “I look at Pitt as kind of like a mini-country — so, when I leave Pitt, how can I use these things in the real world?”

Yearwood is eager to see where he goes.

“Everything he’s doing is about making things equitable and fair and just, in any kind of context. He wants to do it in every space, and he knows he can’t do it in every space,” said Yearwood. “I’ve told him there’s no rush. Otherwise, he’ll get burned out and disillusioned. And so I’m hoping that he paces himself properly, finds his right path, and is able to pursue it in a way that makes the most sense to him.