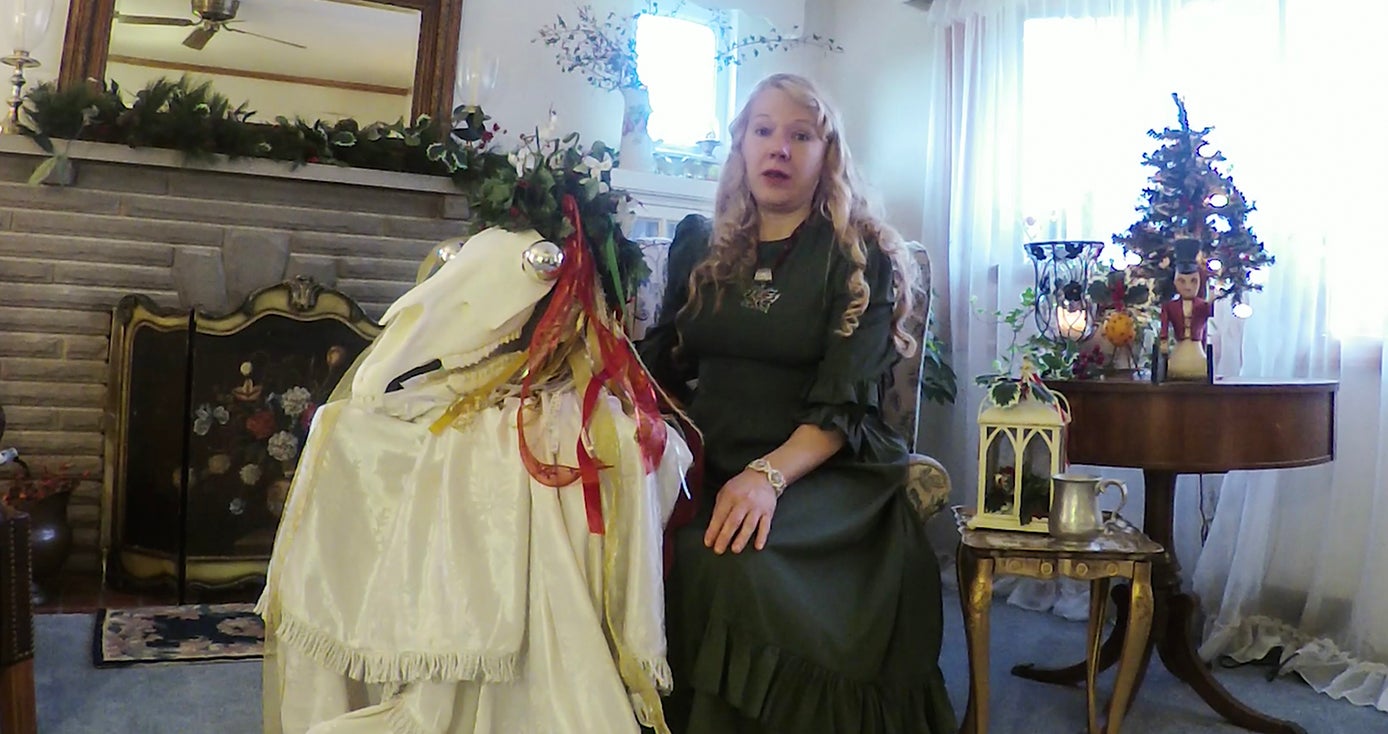 From a Scottish ginger biscuit baking lesson to a classical Indian dance performance, this year’s holiday tradition, the Nationality Rooms Holiday Open House, will be a two-week virtual celebration of cultures around the world.

The festive sights and sounds of various ethnic cultures who settled in Pittsburgh for generations have been the highlight of the annual, one-day open house for the past 30 years in the Cathedral of Learning Commons Room. With campus buildings closed to the public due to the pandemic, the 2020 celebration will be accessible worldwide via dozens of videos created by the University Center for International Studies, Quo Vadis tour guides, and members of committees for the 31 Nationality Rooms.

Starting Dec. 6 through Dec. 18, different videos based on themes will be posted every day on the Pitt Global Hub website. Viewers will be treated to a wide array of performances, folklore, lace-making, cooking demos and more.

“This virtual celebration is unique to our region and shines a light on the special relationship between the University and the ethnic and immigrant communities in our area,” said Belkys Torres, Pitt’s executive director of global engagement. “The holiday videos, which preserve special traditions to be passed down across generations, also serve as rich educational resources to instructors across the country. We are deeply grateful to the students, staff and community partners who have spent many months helping us conclude this year on a hopeful note.”

For example, Welsh Room committee member Ruthanne Ankney describes several traditions in three separate videos. In one, she explains a mid-winter custom called Mari Lwyd, where a horse’s skull is directed with bells, ribbons and holly, set atop a pole draped with a sheet and marched through the village door-to-door in a procession. If the group gains entry to a home, that household is believed to have good luck for the year.

Themes for the season

Ankney, who is Welsh on her mother’s side, says it was considered an honor to be included in the procession.

“When traveling to Wales, I met an older gentlemen who was so thrilled to answer all my Mari Lwyd questions,” she said. “He was so proud to talk about his grandfather and father participating in these old traditions. And he beamed when he told me he still had the same horse skull for many generations.”

One of the Indian videos shows a dance choreographed by Kamala Reddy, who teaches classical Indian dance in her home studio in Fox Chapel, Pennsylvania. The dance was created by Reddy in late October for the 10-day Indian festival called Navratri.

Pass the biscuits and peppernotter

Scottish Room Committee member and Celtic singer/songwriter Susan Borowski, on staff at Pitt’s Graduate School of Public Health, says her room’s videos definitely capture the country’s culture. She sings a Scottish Christmas carol, “Christ Child’s Lullaby,” in one and plays the acoustic guitar and fiddle in another.

Borowski said she’s glad another video offers the recipe for ginger biscuits, one of her favorite treats. “If you taste one, along with a cup of hot coffee, you can just close your eyes and be in Scotland,” she said.

And that’s not the only video that takes viewers into the kitchen.

The Norwegian Room Committee explains the peppernotter cookie. The French Room provides cooking demos for French Apple Cake and Galette Des Rois or “King’s Cake,” served on Jan. 6 during the feast of Epiphany. A mother and son duo on one of the Swiss Room videos fashions treats out of the dough used for the holiday bread called zopf.

The event also provides a link for donations to each committee of the Nationality Rooms Intercultural Exchange Program, which awards Pitt students with scholarships to study abroad, when possible.

“All these wonderful folk traditions need to be kept alive,” said Ankney. “I’ve always thought the Nationality Rooms Holiday Open House was one of the most beautiful and special events in Pittsburgh.”