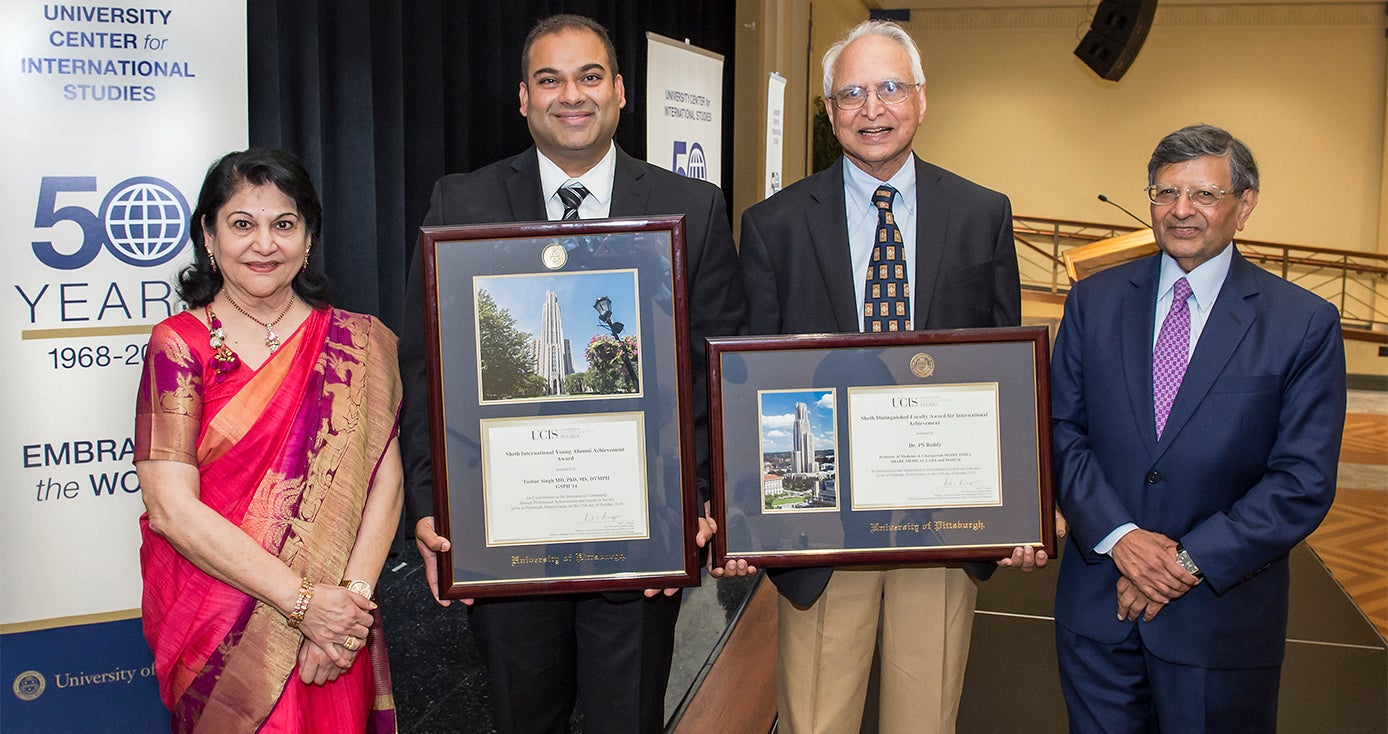 When Tushar Singh (GSPH ’14) was tending to feverishly ill patients during the 2014 Ebola epidemic in the rainy tropics of Sierra Leone, Pitt Professor of Medicine P.S. Reddy was never very far from his mind. 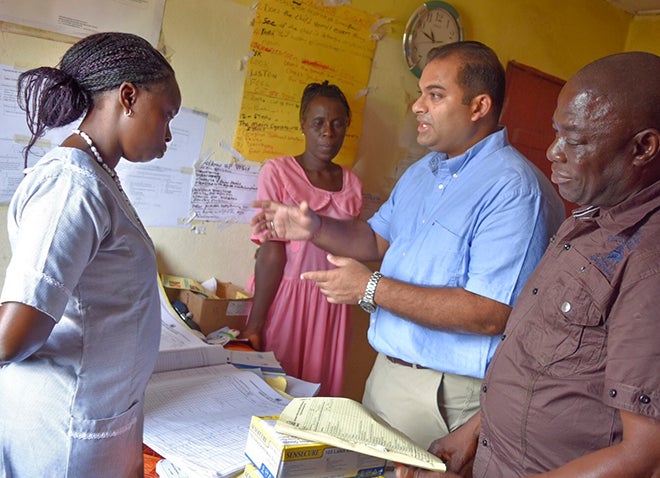 How to stop an epidemic

During the height of the Ebola epidemic, the CDC trained more than 24,000 health care workers in Sierra Leone, Guinea and Liberia.

When an Ebola case was found, all people the patient had come into contact with were followed for 21 days after first exposure. To control the infection, contacts were isolated and observed for symptoms two to three times per day.

An impoverished country with a poor health system infrastructure, Sierra Leone was not equipped to handle the disaster.

“It was challenging to mobilize enough resources to have an effective response,” Tushar Singh said. “There were not enough hospitals or ambulances. Ambulances could not isolate the driver so drivers were getting infected.”

During his third and final deployment in 2016, the Pitt alumnus saw progress. Cases were being identified more rapidly and there were improvements in surveillance, diagnostic capacity of laboratories and infection prevention and control measures.

“With the help of CDC and other partners, the health system is strengthening,” said Singh. “The country is better prepared to fight such outbreaks in the future.”

More information about the epidemic is available in the Dec. 2014 issue of TIME magazine, which named “The Ebola Fighters” its Person of the Year.

The relationship between the two men began in 2010 when Singh was a PhD student in epidemiology at Pitt. Singh was managing a study examining cardiovascular disease among a rural population in India, funded through Science Health Allied Research Education (SHARE), a charitable foundation founded by Reddy and dedicated to promoting scientific exchange between the U.S. and developing nations.

Reddy, a renowned cardiologist who joined the Pitt faculty in 1971, had established the MediCiti Hospital in Hyderabad, India, where Singh was doing his work with elderly patients.

As the two men worked on the project, both in Pittsburgh and in India, Singh flourished under Reddy’s mentoring and guidance.

The two men met again recently on a stage at Pitt’s William Pitt Union. They both accepted the 2018 Sheth International Achievement Award, which is given every year to a Pitt faculty member and a Pitt alumnus who are increasing Pitt’s global footprint with their work.

The Sheth Awards were established in 2012 by the Sheth Family Foundation, founded by Jagdish N. Sheth (KATZ ’62, ’66) and his wife Madhu, who were in attendance at this year’s ceremony. The foundation, based in Georgia, fosters education, wellness and sustainability in the United States and India.

Also in attendance was Pitt Chancellor Emeritus Mark A. Nordenberg, who has traveled extensively in India. During his remarks, Nordenberg noted that he is well-acquainted with Reddy and the work being done at the MediCiti Institute of Medical Sciences, which now includes a city and rural hospital, medical school and a nursing school.

Nordenberg said the hospitals have made progress in cancer prevention, AIDS prevention and prenatal and postnatal care.

“When you see all that has been accomplished, as well as the work still underway, it takes your breath away,” he said. “Dr. Reddy’s work is driven by a desire to bring world class medical care to rural areas.”

Singh at the CDC

Singh’s work beyond India has also had a profound impact — it brought him to the villages of Sierra Leone, where the Ebola epidemic was claiming thousands of lives.

As an epidemic intelligence service officer for the Centers for Disease Control and Prevention (CDC), Singh trained staffers in infection control practices. He said he used his skills from that earlier Pitt cardiovascular study to develop a team, manage the field workers and supervise their work.

The CDC efforts to manage and curb the outbreak of the rare and deadly Ebola virus throughout West Africa were its largest and longest response to a public health hazard to date. Due to his work during the epidemic, in January, Singh was named the CDC’s country director for Sierra Leone, where he leads all strategic planning and development of CDC activities.

In his remarks at the award ceremony, Singh referred to Anne Newman, chair of epidemiology in Pitt’s Graduate School of Public Health, who is a close friend and mentor. Singh admitted lacking confidence in himself in early years, but said that Newman always encouraged him.

Later, Newman said: “When you’re a teacher, you have students who come along and you can see who is particularly bright and capable of working with others. His personality ... his way of interacting with people. ... Tushar is such a light.”