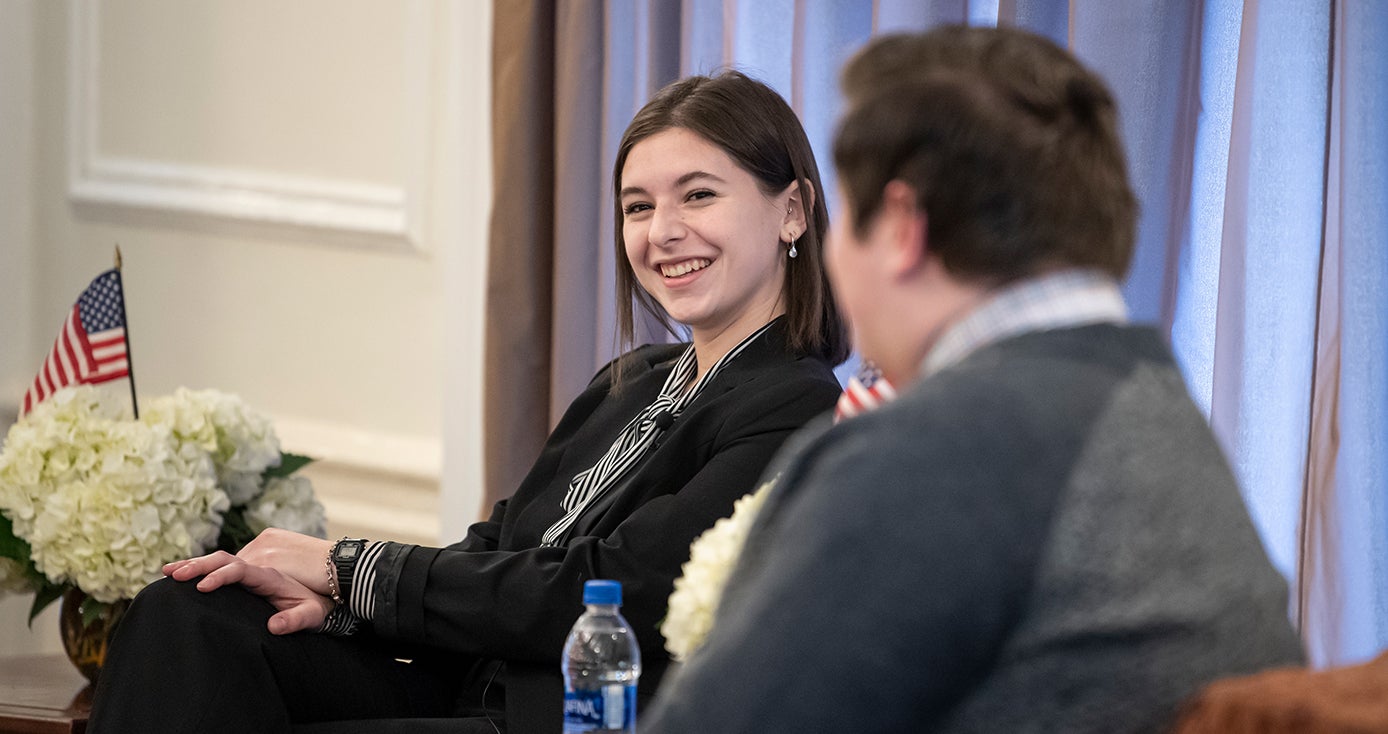 As U.S. Census workers across the country hit the streets to update the nation’s population count, state legislators are strategizing ways to use those results to draw legislative maps with voting districts that favor their own parties.

In Pennsylvania, efforts are underway to transfer the power to draw electoral districts directly to voters.

“The people of Pennsylvania are ready, willing and able to take on this job. They’re ready to take the man from behind the curtain,” said David Thornburgh, president and CEO of election reform nonprofit the Committee of Seventy. 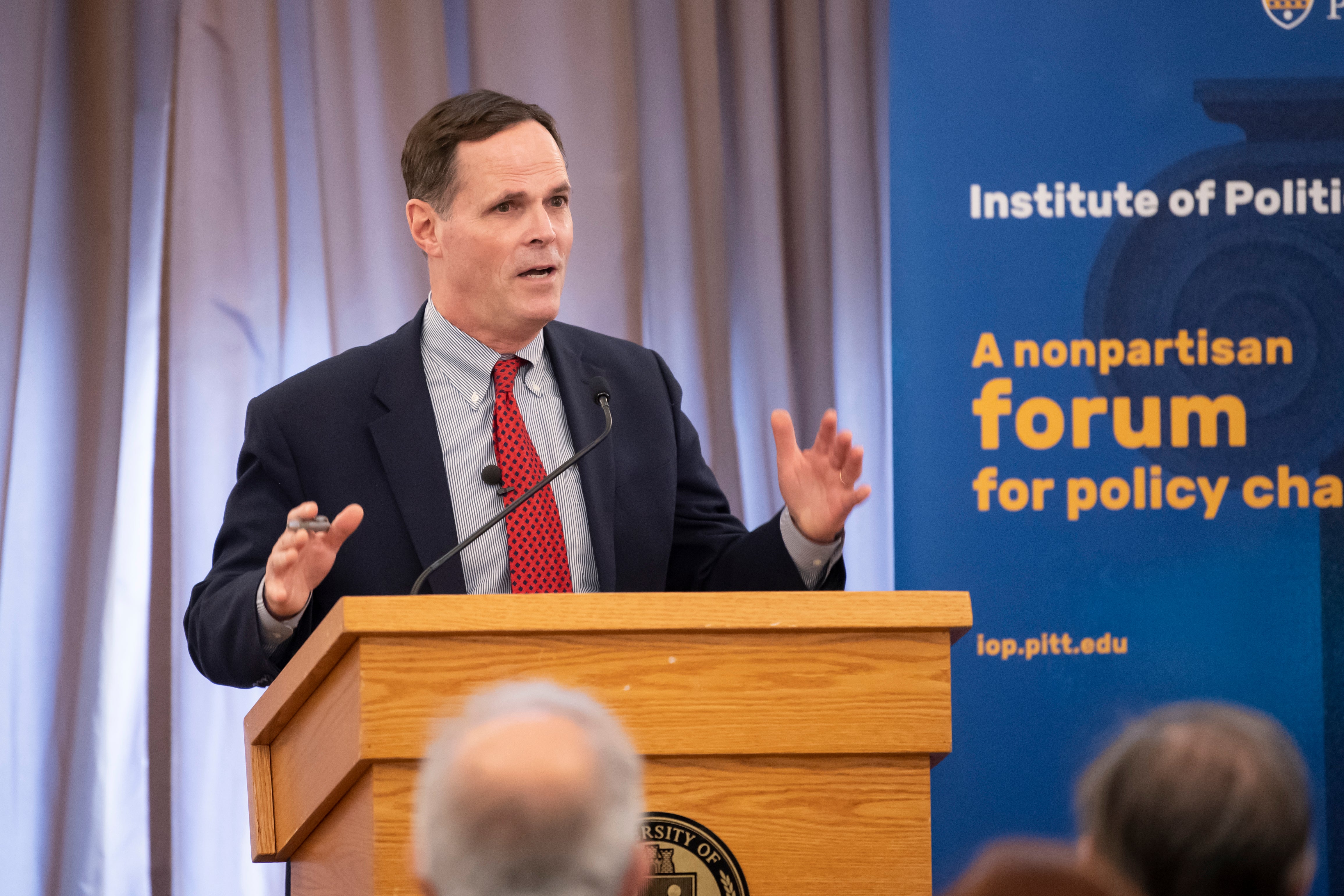 The issue is timely, given the fact that Pennsylvania’s reduced population will likely result in the state shrinking from 18 U.S. Congressional Districts to 17 after census results are recorded. Calls to reform the state’s process gained national attention in 2018, after the Pennsylvania Supreme Court ordered legislators to redraw U.S. House of Representatives maps that strongly benefited the state’s Republicans. Bipartisan bills to create independent commissions to draw electoral boundaries and to create a process allowing for public input in the process are awaiting passage in the state house.

George Dougherty, an assistant professor in the Graduate School of Public and International Affairs, said Pennsylvania’s redistricting reform efforts are among the most active in the nation following the U.S. Supreme Court’s ruling that federal courts have limited say in the matter.

“The most recent Supreme Court decision was that political gerrymandering is acceptable. Redistricting is a political process. Efforts to draw lines that favor either the Republican or Democratic Party do not violate the U.S. Constitution unless it’s intended to discriminate primarily on race or some other protected class,” explained Dougherty. “However, Pennsylvania courts found that gerrymandering and the way redistricting has been done here violates the Pennsylvania constitution.”

For Thornburgh, who helped to draft a plan for redistricting reform last year as chair of Gov. Tom Wolf’s PA Redistricting Reform Commission, the issue was bigger than maps with jaggedly drawn districts that cut communities in half and separated like-minded voters. The root of the problem was not the maps, but legislators’ urge to draw maps that benefited parties over people.

“Drawing electoral maps is a source of enormous political power,” he said during the lecture, adding that the mere suggestion for changing the process brings strong reactions out of legislators. “The way maps are drawn and the way people are gathered together to form a district has enormous influence of the quality and impact of their vote.”

In an attempt to engage citizens in the effort to reform the redistricting process, the Committee of Seventy created Draw the Lines PA, a mapping competition for residents 13 years and older. The contest gives participants an opportunity to draw maps for Pennsylvania’s congressional districts, plus the 50-seat state Senate and the 203-seat state House through an open-sourced digital mapping software.

Since the contest launched in 2018, more than 5,000 people have drawn approximately 9,000 maps, with 151 schools participating from 31 counties, said Thornburgh. Participants whose maps were awarded top prizes have received a total of $87,000.

The site offers a video demonstration, a user guide and an exercise designed to spark contestants’ thinking about how to shape maps but there’s no step by step instruction offered. The idea, Thornburgh said, is to help contestants think about how to create congressional maps that represent voters as comprehensively as possible.

“Once you realize the maps are capable of directing the values of the district and the power it holds, you think what’s a reasonable way to draw maps so that everyone is being represented,” he said. “Is it history, economy, culture, race? That conversation needs to happen openly with robust public participation.”

Lauren Ban, a 20-year-old junior majoring in economics and history at Pitt, said she entered the contest with her home county of Butler in mind.

“In Butler County, we’re always gerrymandered in some way. They’ll slice off the last four of five miles closes to Pittsburgh. One time, they split it down the middle,” she said.

Originally, she thought giving each county its own congressional seat would cover everyone’s interests, but she considered the makeup of the state. Residents living in the farming and agriculture-based middle of a county may not necessarily have the same interests and concerns as those in the natural gas-rich north or commercial centers in Pittsburgh and Philadelphia.

In the end, she decided to group communities with similar interests into districts so they could “rally around a common cause.” Once she made the choice, her greatest advantage was personal experience with the region. Her map was recognized by the Drawing the Lines PA committee with an honorable mention.

“It wasn’t that hard to draw a congressional map. You don’t have to have specialized knowledge, you just have to know Pennsylvania. That would allow for more equity around voting,” she said.

On March 18, Ban and other Drawing the Lines PA participants will visit Harrisburg with Thornburgh to promote the idea of redistricting reform and including Pennsylvania residents in the process.

And while Thornburgh has been pushing the agenda regularly in Harrisburg, he is ready to let contestants take the lead when addressing legislators next month.

“This is the first time in history representatives have the tools available for ordinary citizens to weigh in on the redistricting process. It’s a great opportunity to get folks like Lauren involved,” he said. “Considering she has to live with the results for decades, it’s more relevant to her than it is to me.”