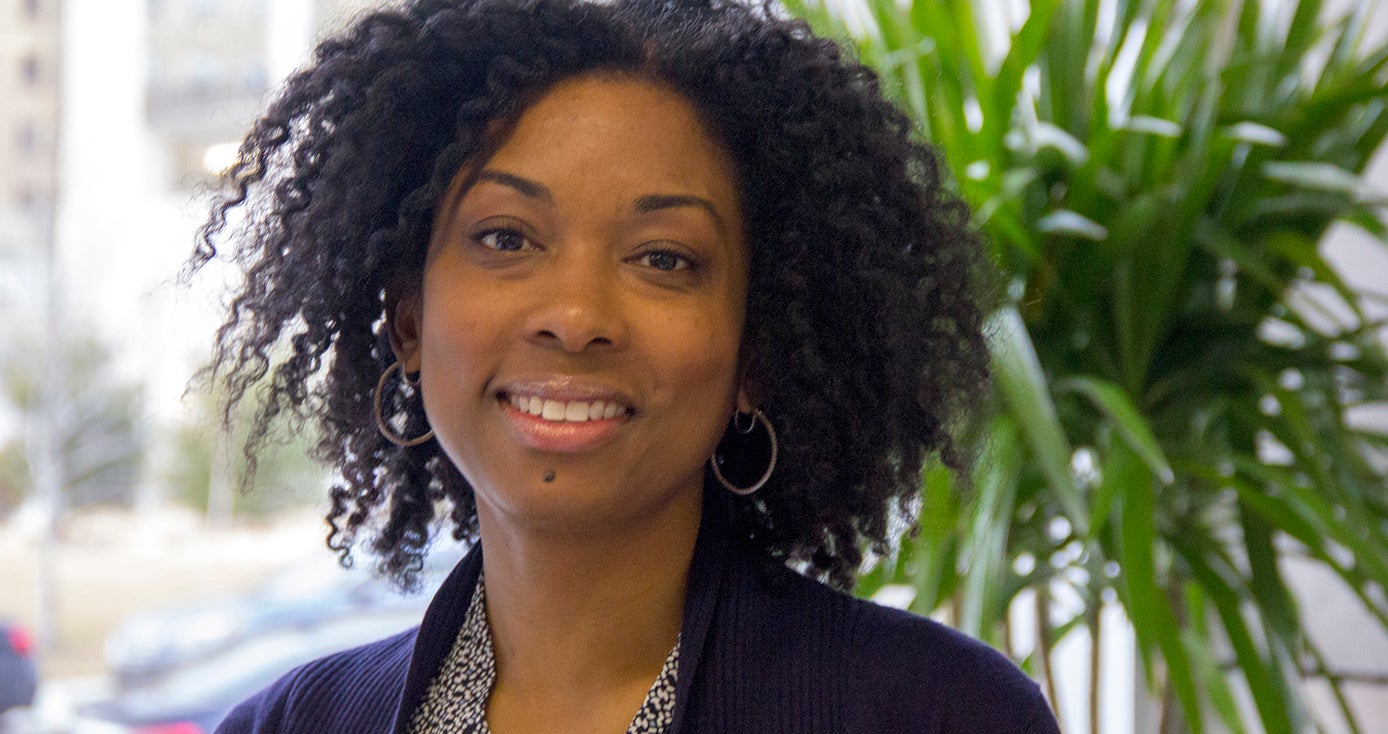 Pitt’s Dara Mendez started her work in health equity as an undergraduate student at Spelman College. For her senior thesis, she conducted interviews with Black women about their experiences giving birth and raising children.

“I quickly learned that I wanted to be on the side of preventing adverse health outcomes and addressing inequity,” said Mendez, today an assistant professor of epidemiology and interim director of the Center for Health Equity at the University of Pittsburgh Graduate School of Public Health.

Mendez has now been researching racial and socioeconomic inequity in pregnancy, birth and women’s health for the past 18 years. This includes measuring experiences of racism among pregnant and postpartum populations from the individual to institutional level.

The numbers are grim: The maternal mortality rate in the U.S. has been climbing over the past three and a half decades, and that rate is higher among Black women and birthing people than in other racial groups with 40 deaths per 100,000, compared to 12.4 per 100,000 in their white counterparts.

This trend is also highlighted in Dána-Ain Davis’ book, “Reproductive Injustice: Racism, Pregnancy, and Premature Birth,” which is this year’s selected reading for the Graduate School of Public Health’s 12th annual One Book, One Community program. On Feb. 26, 2021, Mendez will moderate a virtual discussion where Davis will interact with students, faculty and others about the topics in her book, as well as share steps for further action. Davis is director of the Center for the Study of Women and Society and a professor of anthropology at The City University of New York.

With other researchers, Mendez and Davis previously co-authored a response commentary piece on best practices for researchers investigating the issues of race and women’s health.

“First, we emphasize that Black race is not a risk factor; racism is the risk factor for maternal morbidity, mortality and poor birth outcomes. Next, we suggest that investigators engage affected communities in exploring the construction of race and how it shows up in their lives,” they wrote.

Similar to Mendez, Davis interviewed pregnant people, parents, birth workers, advocates and clinicians for her book, which addresses, in part, the role that medical racism plays in the lives of Black women who have given birth to premature and low birth weight infants. It also discusses race and class and how Black women regardless of income and education levels are just as likely to give birth prematurely.

Said Mendez, “For me, it was personal. It was disturbing to see the numbers for the disparity. Some of the early studies were about the Black/white disparities that widened with higher levels of education. The argument that education solves it all negates the fact there are these intersections and that racism and race are so critical in our understanding of racial disparities. That’s a central theme in Davis’ book.”

The virtual author talk will also highlight the work of local organizations in addressing reproductive equity.

“We’ve never met in person, so I’m excited,” added Mendez. “It’s an important book for anyone working in medicine and reproductive health.”

The Graduate School of Public Health’s One Book, One Community program is school-led and co-curricular, meaning in addition to coursework and training, students from across the school’s seven departments read selected books and attend events for group discussions. The program began with a focus on the 10-year effort to eradicate smallpox, and over the past 12 years has addressed a range of critical public health issues including last year’s focus on public health emergency response to the Flint, Michigan, water crisis.

“Over the past year, the relevance of contemporary public health problems such as the global spread of respiratory illnesses and the harm caused by racism have entered the mainstream conversations and we wanted to use the program to explore the associated nuances,” said Jessica Burke, associate dean for academic affairs and professor and in the school’s Department of Behavioral and Community Health sciences. “This year we revised our approach and had a nomination and voting process. “Reproductive Injustice” won in a landslide; students, faculty, staff and alumni expressed a strong interest in addressing this critically important issue.”

The Feb. 26 author talk will be held over Zoom from 4 to 5:30 p.m. While the talk is part of the public health curriculum, anyone can attend and registration is free.