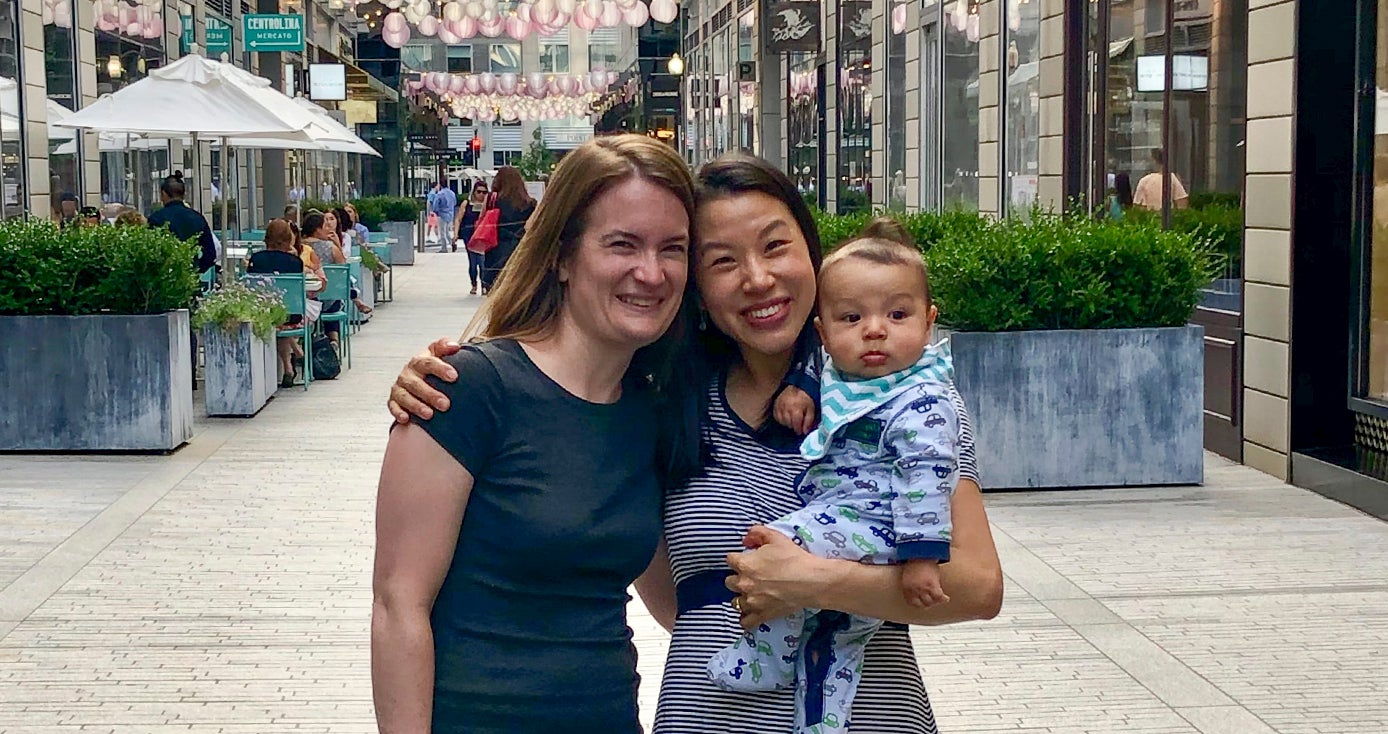 Jackie Burgette has vivid memories of the 2017 AcademyHealth Annual Research Meeting in New Orleans where both she and her husband were presenting. While planning their trip to the meeting, they were unaware that children were restricted from the poster hall. So, when they arrived and learned the rules, Burgette and her husband, Lane, stealthily entered the building with their 10-month-old daughter Ansel in tow, shielding her from security guards.

“We had to wait until the guards’ backs were turned,” said Burgette, now an assistant professor of dental medicine at Pitt. “We felt horrible about it, but we didn’t know what else to do.”

Later, as both were presenting posters simultaneously in different areas of the large hall, it was a frantic game of text-and-switch to keep Ansel out of sight. Lane held the child while presenting his research data on costs of care. Then, when a guard came into view, he quickly texted his wife to come get their daughter. She whisked the child away so that she could present her findings at her poster on treatment for severe tooth decay while holding Ansel in her arms. Then when a guard entered the room she would text her husband and dash back to his area to return the child to him.

This experience, along with hearing from other parents in the same situation, spurred Burgette to try to convince organizers of academic conferences to have child care available for those who need it. It’s just one facet of what women in academia — and indeed, working parents in many fields — call “the baby penalty,” the idea that having and caring for a child can hold back their career.

“Barriers to the advancement of women, particularity in research careers, have been well-documented for some time,” said Audrey Murrell, Pitt professor of business administration, acting dean of Pitt’s Honors College and longtime advocate of workplace diversity and equity.

Murrell said if women bring their children along, they face negative perceptions and a lack of support, both of which she says can have a negative impact on their potential career progression.

“This is especially true when gender is viewed through the lens of intersectionality because these barriers can have a disproportionally negative impact on women of color,” she continued.

Burgette is an active member of AcademyHealth, a prominent professional organization for health researchers, so she thought that addressing the need to accommodate parents there might be a good place to start.

Enlisting help from friend and colleague Kristin Ray, assistant professor of pediatrics at Pitt’s School of Medicine, the two reached out to members of an invite-only Facebook group called Academic Research Moms.

To get the lay of the land, they posed questions to the group: What conference have you attended that allows children in the exhibit hall? Was there child care available? A room for nursing mothers? 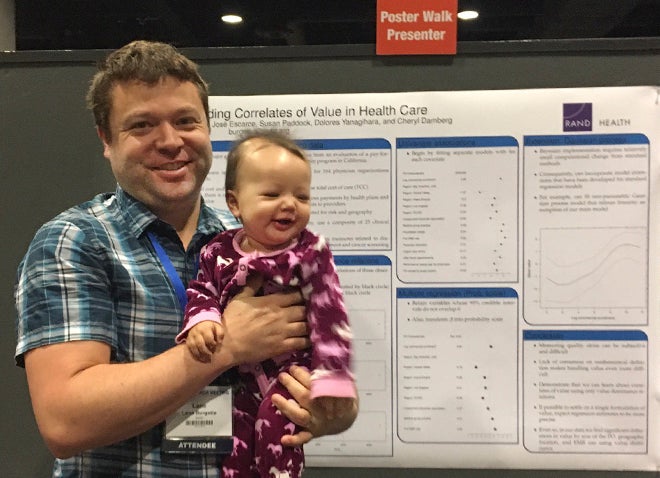 Close to 50 responses came in. Parents shared their experiences, good and bad, from various academic gatherings.

“Moms who do research in academia came together to crowdsource information about a problem we all face,” said Burgette. “This shows how important it is to have a tribe of moms supporting moms.”

Burgette said attending conferences is critical for research inspiration, the exchange of ideas, presentation of research findings, contributing to new knowledge and developing and maintaining collaborations with colleagues.

“Conferences with policies that prevent parents with young children from attending can negatively impact a woman’s whole research career,” she said. She also added that it’s not just women who are impacted. She sees more and more men at conferences pushing babies in strollers.

“The work by Burgette and Ray shows that being intentional about making gender equity a priority matters,” Murrell said.

Burgette and Ray compiled the survey data and presented it to the leadership of AcademyHealth, along with recommendations to support conference attendees with young children: available child care at conference sites, consideration of family-friendly dates and venues, providing lactation areas and helping to facilitate conference-specific parent social media networks.

The leaders of AcademyHealth were all too happy to receive the suggestions. CEO Lisa Simpson, who says she noticed an uptick in parents bringing children to conferences around five years ago, implemented changes the Pitt researchers suggested, including on-site child care for the 2019 annual meeting in Washington, D.C. “If you’re not constantly working to improve inclusivity, then I think you’re doing something wrong,” she said.

According to Simpson, AcademyHealth is working hard to accommodate parents at its meetings because it is attracting people from a wider range of disciplines. By welcoming those with young children, she said, AcademyHealth is embracing a diversity that gives the field a richer and more nuanced understanding of all the complex issues affecting the health care system.

As for the 2019 meeting, Burgette described a large room at the hotel set up for children ages 6 months to 12 years and furnished with games, toys and snacks.

“The kids had a blast,” she recalled. “Without this year’s child care, I would not have been able to attend the conference with my 6-month-old son and present my research.”

Ray added: “We should celebrate incremental success and also keep working together on next steps, focusing on our shared desires to make conferences more inclusive across many dimensions.”