Before the COVID-19 pandemic, University of Pittsburgh School of Medicine student Carly O’Connor-Terry was conducting research with the Pittsburgh Center for Autism Advocacy. When the virus hit Pittsburgh, she formed a volunteer effort with her med school peers and contacted the center to see if there was anything they could do to help.

Opal M., who requested Pittwire not use their last name, said they were thankful O’Connor-Terry reached out, because an entire community was in need. 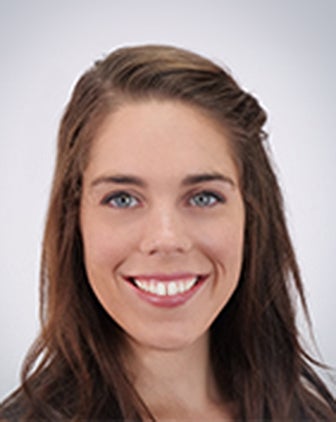 “When Carly emailed us, I had just tested positive for COVID-19,” said Opal, the center’s assistant director. “I looked and looked, even asked several of my physician contacts—and couldn’t find any materials whatsoever written in plain language to help better understand the virus.”

Opal said it can be difficult for autistic people and people with intellectual disabilities to recognize cues in their own bodies, such as hunger or thirst, or when they are sick or tired.

“People look for things that are illustrated to show how things feel in their bodies—and describe those feelings—so they can better understand what’s happening,” said Opal. “And a guide written in plain language can really help people who may become ill.”

And for O’Connor-Terry, a Pittsburgh native, this particular need is personal; she has an autistic brother who doesn’t communicate with verbal words. She said this is part of the reason why it was so important to step in and help.

“Carly has been incredible at understanding disability justice and centering the experience of people with intellectual disabilities and developmental disabilities,” said Opal.

The same day she connected with Opal, O’Connor-Terry quickly got to work on the guide, recruiting help through a Slack group of med students across the country.

“I reached out on Slack asking if anyone had interest in working on this. It quickly connected me with students from New York University’s Grossman School of Medicine and Washington University School of Medicine in St. Louis,” said O’Connor-Terry, who is also a Clinical Scientist Training Program research scholar.

In total, O’Connor-Terry said a group of about eight students, including six others from Pitt Med, met over Zoom to plan out the new resource guide and used Google Docs as a collaborative editing tool.

Pitt Med students may not be in the clinic or classroom, but they're still helping out. Read about how their efforts to deliver life-sustaining medication to those in need.

Ariella Coler-Reilly, a medical student at Washington University, provided illustrations. The team also enlisted help from graphic designer Angela Choi who is going to school for counseling and a social worker who works with young adults with intellectual disabilities.

Using the Centers for Disease Control and Prevention guidelines for reference, the team produced a plain language guide describing what COVID-19 is what to do if a person experiences symptoms.

“We classified the symptoms into groups. The ‘emergency group’ is the most important, which includes shortness of breath. The ‘ask for help group’ includes fever and cough, and the ‘stay home group’  includes more general symptoms like sore throat, runny nose and muscle pain,” said O’Connor-Terry.

“We have a picture for each symptom as well as describe how the symptom could feel,” she said “For example, shortness of breath feels like it’s harder to take deep breaths, chest pain, breathing faster or feeling like you’re not getting enough air.”

O’Connor-Terry and the team had their guide vetted by two infectious disease doctors at Pitt, along with other clinicians with relevant experience, including Peter Veldkamp, director of education in the Department of Medicine’s Division of Infectious Diseases.

To get the guide in the hands of those who need it, O’Connor-Terry and her peers plan to reach out to their own networks. The goal, she said, is to distribute the resource to not autistic people, but younger populations, those in older age groups and people with intellectual disabilities.

“Several of my classmates at Pitt have contacts in other states they’ll be reaching out to. We’re hoping we can span this nationally with our students here and hope that the students from NYU can do the same,” said O’Connor-Terry

O’Connor-Terry also said one of the project’s collaborators has connections with Rep. Mike Doyle’s office and plans to reach out for advocacy help as well.

“I really think this guide can be life-saving,” said O’Connor-Terry. “A lot of adults with intellectual disabilities don’t have someone at home helping them and have to make decisions by themselves.”