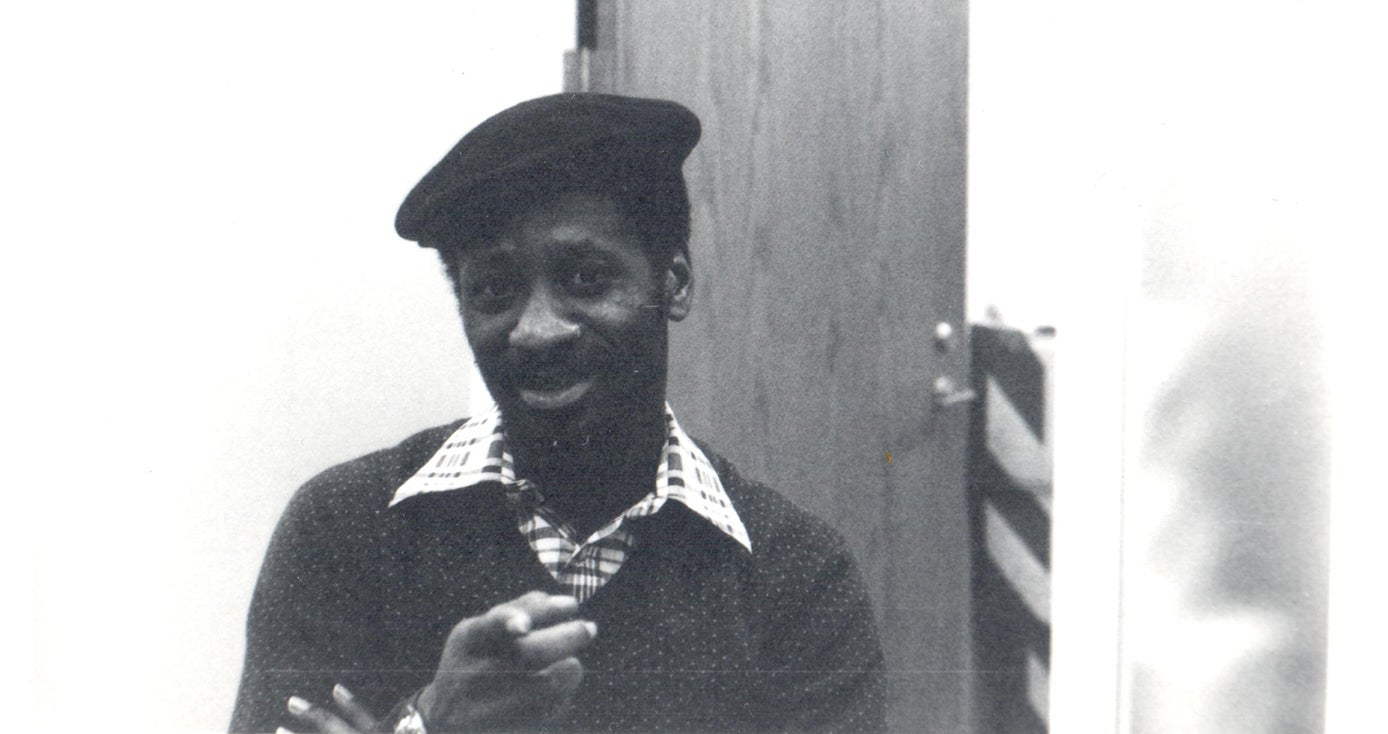 In the mid-1970s, Rob Penny, a young poet and playwright from Pittsburgh’s Hill District, was friends with emerging writer, August Wilson. The two, who would go on to found a community theater, shared an interest in Black nationalism and traded stories and poems on the swirl of life, race and culture unfolding on the corners of the urban neighbor where they lived.

On one occasion, Penny gave his gentle-spoken, observant friend a bit of advice that perhaps propelled Wilson to become the Pulitzer Prize-winning playwright of international acclaim.

According to Pitt history professor Larry Glasco: “August had complained to Rob of problems getting his characters to talk and asked for advice on how to make them talk. ‘You don’t make them talk.’ Rob told him. ‘You listen to them.’ Ever after, August found that by listening to his characters, they would not stop talking.”

Penny himself, who wore a crown of graying dreadlocks and kufi cap, became a noted Pitt professor, activist, playwright and poet. He died unexpectedly at his home in the Hill District on March 16, 2003.

Wilson died in 2005 and in fall of 2020, the University of Pittsburgh Library System (ULS) acquired his archives. Now, ULS, in recent weeks, has also acquired the papers of Penny. The collection comprises approximately 150 boxes, which include correspondence, writing tablets, photographs, scripts, audio and video recordings, awards, books and magazines.

The collection documents Penny’s career as an instructor in the what’s now the Department of Africana Studies and includes production files and scripts for Kuntu Repertory Theatre performances, handwritten and typed poetry by Penny, documentation on the activities of the Kuntu Writer’s Workshop, which he helped to launch in 1976 to develop local writers, and meeting minutes for the local chapter of the National Coalition of Blacks for Reparations in America.

Penny, influenced by the work of social revolutionary Amiri Baraka, was a cultural nationalist who believed art should carry messages that strengthen community and address injustices. His plays and poems railed against racism and discrimination. In his later years, he supported reparations for slavery and used his poetry to protest the possible war with Iraq.

According to Yolanda Covington-Ward, chair of Africana Studies, Pitt’s acquisition of Penny’s archives positions the University as a central hub for the study of Black cultural production.

“Rob Penny was an integral and foundational member of the faculty and former department chair in the Department of Africana Studies. He was renowned as a poet, playwright and activist, and was well known within the Black community in Pittsburgh, using the creative arts to shape lives and cultivate talent in innumerable ways. Adding his archives to the University’s holdings that also include the papers of August Wilson and theater leader Vernell Lillie, choreographer Bob Johnson and Kuntu Repertory Theatre shows the dedication of the University of Pittsburgh to preserving their legacies for our University, city and the larger world.” 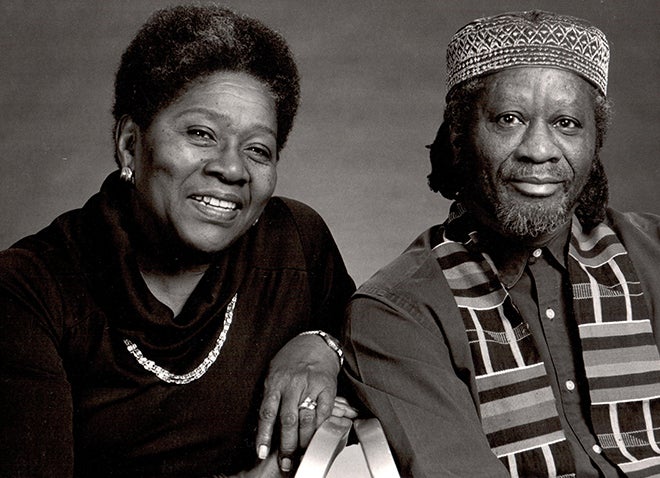 Ed Galloway, associate university librarian for Archives & Special Collections, says the acquisition of Penny’s papers also demonstrates how the University Library System is proud to continue to be a repository of such influential voices of Black performing arts and culture for both the region and the nation.

Penny was born in Opelika, Alabama, in 1941, but grew up in Pittsburgh’s Hill District where he was childhood friends with August Wilson and Sala Udin. “We called him Oba—Yoruba for King,” said Udin when describing Penny. “Oba was a quiet, but strong king. He, August and I were educated in the Catholic school system in the Lower Hill District, and then at Central Catholic High School. He wrote revolutionary poetry and plays incessantly.” In 1965, Penny, along with Nicholas Flournoy, Chawley Williams and Wilson, cofounded the Centre Avenue Poets, and according to Glasco, “set out to write poetry that would capture life on and around Centre Avenue.”

Glasco said that having introduced Wilson to Black Nationalism, “Penny would invite August over to discuss the speeches of Malcolm X and the writings of Amiri Baraka.” He brought August to theater, asking him to join in co-founding, Black Horizons Theatre, a company that popularized Black power among the masses and staged plays between 1968 and 1972.

Penny was hired as part of the first cohort of faculty for the department of Black Community Education, Research and Development (now the Department of Africana Studies at Pitt) by Curtiss Porter and Jack Daniels in 1969. He served as chair of the department from 1978 through 1984.

Penny served as the Playwright-in-Residence of Kuntu Repertory Theatre for nearly 30 years, writing many of the plays they staged, including their first production Little Willie Armstrong Jones. His plays were produced by The New Federal Theatre and The Billie Holiday Theatre in New York and other venues across the United States.

When Penny died, many prominent figures in the Black community considered it a great loss, including Wilson who came to Pittsburgh to pay his respects. Udin remembered, “I never saw a grown man cry as hard as I watched August cry when he lowered his head and cried over Oba’s dead body. It made everybody cry.”

Of the donations of Penny’s papers, his granddaughter, Jaqua Johnson, said, “We are so humbled yet so proud to be given the honor of the legacy of our Rob Penny being preserved in the Archives & Special Collections department at Pitt. The University played a huge role in Rob’s life and held a special place in his heart. We know by entrusting the University Library System with Rob’s papers, his story will be told and made available for others to learn from. For that we thank you.”