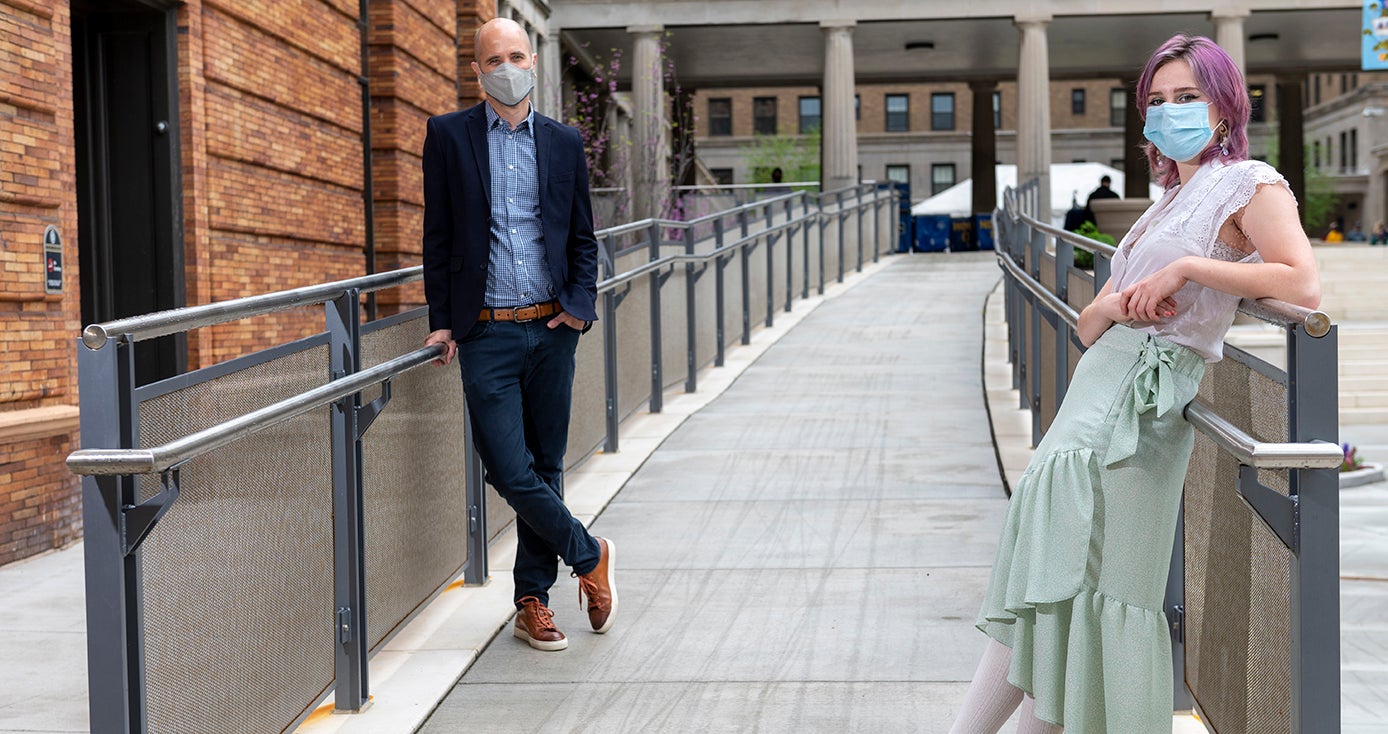 Dan Kubis, senior lecturer in the Department of English department, wants to explore the evolving role of the humanities in today’s world. What role does hip hop play in political movements? How does race impact the way we depict travelogues?

In his podcast, “Being Human,” Kubis tackles these questions and more, inviting Pitt faculty members to discuss their research and personal stories of life during the pandemic.

The project started in 2015 as part of Pitt’s Year of the Humanities and now encompasses not only Kubis’ podcast but also the Undergraduate Humanities Media Fellowship, which provides funding for an undergraduate student to work as a producer on “Being Human” and produce their own research.

In a normal year, the production of “Being Human” would occur at the WPTS studios in the William Pitt Union. Despite the pandemic’s disruptions, Greg Weston, manager of WPTS, said that the team had “a smoother transition than we might have expected a year ago.” Kubis added, “We’re pretty happy with how this year turned out.” 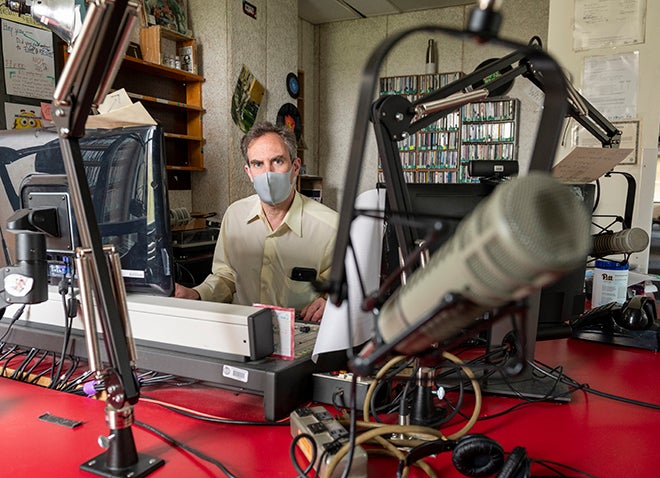 Weston not only manages WPTS but also cofounded the Undergraduate Humanities Media Fellowship and, together with Kubis, serves as a mentor for the chosen fellow and assists with making the show.

Kubis (A&S ’96, ’13G) worked at WPTS when he was an undergraduate student at Pitt and, when he was seeking to expand “Being Human” after 2015, he reached out to Weston. From there arose the idea of funding an undergraduate fellow to produce the show. Kubis said he’s grateful for the number of resources that the University setting offered and that the creation of this partnership “seemed like a really great opportunity to give a student a chance to do some production work.” Weston added that this cooperative effort fit into the WPTS goal of forming cocurricular links with academic departments.

Current media fellow Jacqui Sieber, a senior media and professional communications major with a music minor, only met Kubis for the first time in April, but she served as producer of “Being Human” throughout the year. “Doing the research behind the podcast episodes, collecting the interviews, interviewing people, creating a storyline within the audio and research I find and making some minor edits to make it a cohesive story,” she said.

As part of the Undergraduate Humanities Media Fellowship, Sieber also launched her own podcast, “Backbone,” which “dives into the everyday struggles and thoughts of the workers that keep our country’s wheels rolling.”

Of the episodes, which cover retail workers to truckers, she said the most important work was her episode on poll workers during the elections last November. She has personal connections to the story, having served as a poll worker herself and being from a family that has volunteered in Allegheny County elections since the 1970s.

The partnership among Kubis, Sieber and Weston through the Undergraduate Humanities Media Fellowship has preserved a slice of life during the “new normal” of the COVID-19 pandemic. Sieber’s work on “Backbone” captured the perspectives of essential workers in their own words, showcasing the stories of a group that kept the nation functioning during these times. Likewise, “Being Human” explored the effects of COVID from the perspective of those inside the academic world, relating how it impacted their lives, research and teaching.

Kubis added: “It’s been a real joy to work with students and to see what they bring to the table.”

Looking ahead, Kubis said he hopes to continue the fellowship program and is interested in expanding it. In the meantime, watch for this season’s final episode of “Being Human,” airing on Friday, May 14. Likewise, the final episode of “Backbone” will be airing in the coming weeks.

This story was written by Justin P. Jones, a student reporter for Pittwire.