This story, written by Brandon Glass, originally appeared in the winter 2019 issue of Pitt Magazine, the University’s flagship alumni publication.

In the western Honduran village of Copán Ruinas, a mother wakes her five young children before the sun rises. Once up and dressed, the family heads out the door and onto the cobblestone streets where it soon falls into step with dozens of other youngsters and their mothers. The women are on their way to work. But first, they will stop at Casita Copán, a lush campus of little blue houses where their children will spend the day being nurtured by a kind of second family.

Founded by Pitt alumna Emily Monroe, Casita Copán is a multifaceted nonprofit tucked into the shadows of ancient Mayan ruins. The region is a tourist destination, but it lacks economic opportunities and social assistance, particularly for single mothers. Many women who do find work in the area come from distant villages and are unable to afford childcare, forcing them to leave their children alone or in overcrowded, underfunded orphanages. The team at Casita Copán, however, has created a better option. 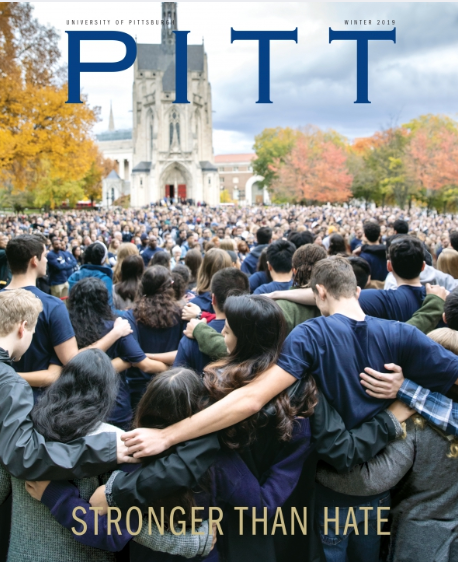 “We want to find the women who are already working and support them, so that they don’t have to give up their kids,” says Monroe, who also serves as the organization’s executive director. “Keep the family unit strong — that’s our philosophy.”

To do that, Casita Copán has become a sanctuary of support and an engine of change. The center’s staff of locals cares for 51 children during the day, providing them with educational and medical services. The mothers are supported, too, with literacy workshops, job training, family counseling and regular “moms meetings” where the women can talk and relax. Casita Copán is also the permanent home of 14 abandoned or orphaned children, who are cared for by full-time foster mothers.

As a Pitt undergrad studying political science and creative writing, Monroe (A&S ’07) hadn’t precisely planned to forge a future aiding families in Honduras. Helping others, however, has always been her goal. After graduating, she spent a year teaching English in Guyana before returning to Pennsylvania to work for several nonprofits. In 2010, she again moved abroad to teach, this time landing in Copán Ruinas, Honduras.

Monroe became entwined in the local community and its people. She also saw their needs, particularly when she volunteered at one of the area’s orphanages. It was understaffed, under-resourced and the children were malnourished. She felt compelled to assist those trying to make a difference.

In 2012, calling in part on her former Pitt studies in community organizing, she began to collaborate with local women and community leaders to create a better way to help these children and their families and prevent child abandonment. What began as a daycare has grown into a comprehensive, transformative community through extensive fundraising and the hard work of many. Among the Mayan ruins, Monroe’s vision and drive are helping to build new futures full of promise.