For more than 20 years, Lin Haberman has tried to keep in mind that her voice might be the first impression someone has of the University of Pittsburgh. As the senior switchboard operator for Pitt, Haberman has seen the University weather many changes, most recently the COVID-19 pandemic. (And, yes, in the era of smartphones, we still have a switchboard).

“I can’t tell you the number of times people have told me how glad they are to have gotten a live person,” said Haberman. Though she said quite a few universities do still have switchboards, “they’ve gone by the wayside” in favor of automated menus. 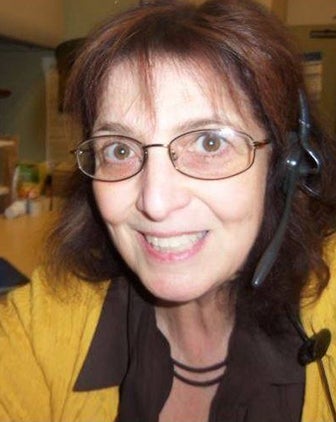 “I don’t know if that will go away, but right now I think it speaks volumes that people can get a human on the phone,” she said.

Lately, Haberman has been reflecting on her time at Pitt and thinking about retirement. She even has a document on her computer titled “Possible retirement speech,” but she keeps tweaking it, putting off the decision. She doesn’t want to leave the University, or the work she loves so much.

‘Good morning, University of Pittsburgh. How can I help you?’

When Haberman first started in 1996, there were five switchboard operators at Pitt, housed together in Posvar Hall.

“We used to get calls from people who were just lost on campus, trying to find their way to class,” she said. Nowadays, smartphones have made those types of calls more rare.

Today, Haberman has two fellow switchboard operators in Pitt IT, Leigh Ann Kuchar and Maureen Ryczaj. And, it might surprise some to know that they do all this work remotely and without an actual telephone—Haberman explained that they use headphones and a dropdown menu on the computer to route calls. Queries today are mostly from parents regarding payments, student records or food and housing plans, she said.

I reassured her I would not hang up our call, made sure she was safe and explained that I was going to treat her as if she were my own daughter.

On occasion, though, said Haberman, “There are angry callers that complain when our football team loses, or roads are closed, or parents are worried because they didn’t hear from their son or daughter. And, recently, a caller complaining because The Original Hot Dog Shop,” a Forbes Avenue mainstay, was closing.

Years of professional development and on-the-job training have prepared Haberman to handle more serious situations, too. She answered calls during the 9/11 attacks, the 2009 G-20 Summit held in Pittsburgh, the bomb threats that disrupted campus operations in 2012 and more.

And in 2018, Haberman, Ryczaj and others collaborated to establish a policy on how to respond to calls about Title IX issues such as harassment.

But most calls are pleasant: excited students who have just received acceptance letters, alumni wanting to share stories and reminisce about going to Pitt decades prior.

But “the pandemic was different” than any other major event Haberman has seen, she said. She’s proud of the way her team was able to stay calm and assuage students and parents while trying to negotiate their own fears regarding this virus. 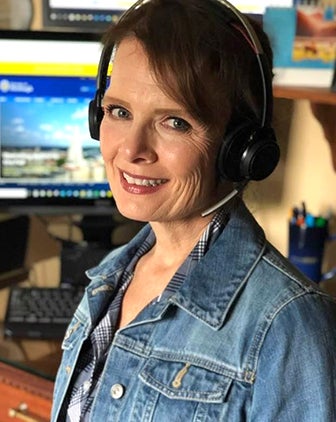 “Immediately, I recognized that our callers, as well as the world, were adapting to a paradigm that had been dramatically altered by the COVID-19 outbreak,” said Ryczaj, who’s been with the department about four years. “Every day and every call brought unexpected, new challenges.”

For instance, this spring, Ryczaj answered one call from a student studying overseas. “She was panicked, desperate, scared and disconnected from Pitt and home because of her international situation and because of the news about her family’s state quarantine rules.

“I reassured her I would not hang up our call, made sure she was safe and explained that I was going to treat her as if she were my own daughter,” said Ryczaj. “I asked her to take a breath, and she still was so anxious. I said we were going to breathe a few times together, and we did. As a result, she eventually calmed down. With online guidance, a few key extension numbers and the reassurance that I and a helpful team of operators were available, she now knew that she could call back to the main campus operator team and we would continue contact guidance,” said Haberman.

When University courses moved to remote learning after spring break, the switchboard operators handled calls pertaining to final exams and projects, parents concerned about reimbursement for room and board, and deadlines for removal of personal belongings.

“In one particular case, an out-of-state student’s mother was quite impressed with Pitt faculty and mentioned that two of her son’s professors stepped up to help, were willing to split up his dorm items and each move her son’s belongings safely to their garages. Both she and her son did not want to impose but were amazed and relieved of the kind and selfless offer,” said Haberman. 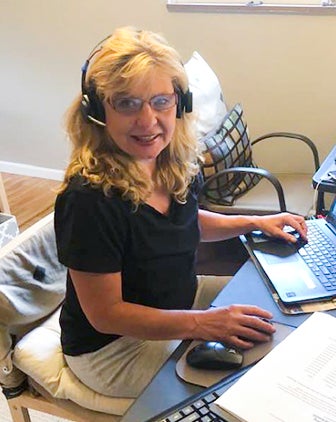 Through it all, the switchboard team said they were surprised at the tone of the calls themselves.

“We were all so impressed with the number of callers who wanted to help and volunteer for any trials for COVID-19 cures,” said Haberman, especially after the Center for Vaccine Research announced it was working on a vaccine. “People seemed to lean into kindness and concern. They asked if we were working remotely. They told us to stay safe and thanked us.”

“The University is the best place to work, and the people make it that way,” said Haberman. “That filters down from the top.”

As she reflects on her career, Haberman said she’s struck by how life is just a series of thousands of moments.

“As an operator, sometimes you just have a moment or two of connection—and in those few moments—you can touch someone’s life and make it better.

“If these past months have taught us anything, it’s that we should not be afraid to tell people ‘thank you’ and how much they contribute to our lives.”