The Making of the Year of Engagement 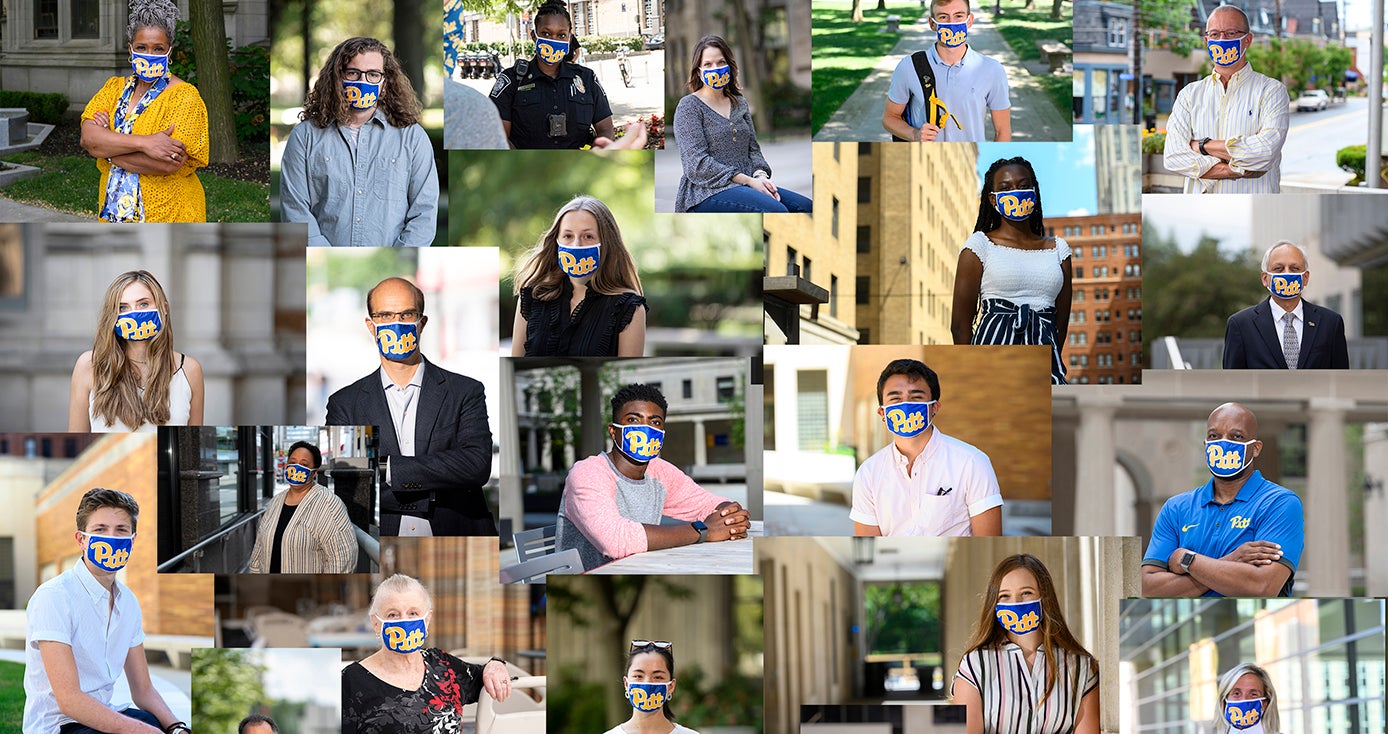 It’s officially the Year of Engagement at the University of Pittsburgh. For Pitt seniors Cedric Humphrey and Kathryn Fleisher, the theme year has been a long time coming—and an effort they’ve built from the ground up.

“The genesis was really almost four years ago, during my freshman year, when we started the Pitt Civics Coalition,” said Fleisher, a Strongsville, Ohio, native and Truman Scholar who is double majoring in Politics and Philosophy and Gender, Sexuality, and Women’s Studies, all in the Kenneth P. Dietrich School of Arts and Sciences. “There wasn’t really a central place on campus for students to be further and deeper engaged in the community around them,” she said. 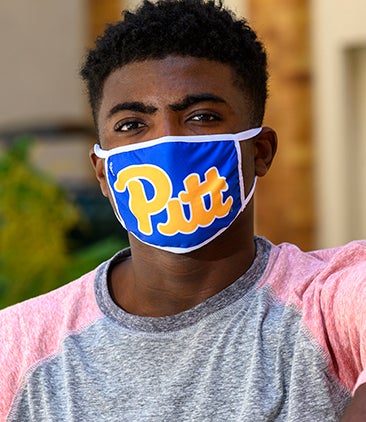 As executive members of the Student Government Board, Humphrey and Fleisher had many discussions with fellow student leaders about centralizing engagement work on campus in all forms—from community engagement to civic engagement and beyond. The big idea to formally propose a “Year of Engagement” was all Humphrey’s, said Fleisher.

In fall 2019, Fleisher and Humphrey, along with then-Student Government Board member Scott Glaser (A&S ’20), submitted the proposal for the Year of Engagement, with the help of Lina Dostilio, associate vice chancellor for community engagement. The Office of the Provost then responded to the students’ request, and the Year of Engagement was born: a year focused on forming meaning connections with one another, in the region and around the world.

“There was no way that we could’ve known that COVID-19 would impact our year back when we started planning, but we knew it would be a busy year with the presidential election and the census, and now with the renewed social justice movement,” said Humphrey, a political science and economics double major and Harrisburg, Pennsylvania, native. “We know that a lot of engagement work is already happening at Pitt, but now, we want to put a spotlight on it.”

“I am honored to serve on the steering committee with a group of amazingly talented faculty, staff and students who are committed to making the Year of Engagement an opportunity for all to connect,” said Kathy Humphrey, senior vice chancellor for engagement and secretary of the Board of Trustees (who is not related to Cedric Humphrey). 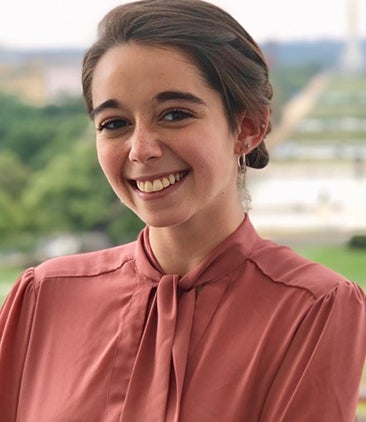 So, what exactly is engagement, in the context of Year of Engagement? To put it simply, Fleisher and Humphrey said it’s the act of working collaboratively with others to solve problems for the betterment of society. Whether it’s forming relationships with colleagues at Pitt, with members of the local community or with others internationally, the Year of Engagement encourages forming new connections that create sustainable, positive change.

Fleisher said the Year of Engagement is a good opportunity for her peers and everyone in the Pitt community to expand on what their own definition of engagement means—and integrate it into the work they do.

“The way we talk about engagement, we tend to box it in as voting, volunteering and donating to nonprofits, but it’s so much more. There’s an intersection between civic and community engagement in every field,” said Fleisher. “For example, if you’re an art student, go out of your way to look at the lack of representation in contemporary art. If you’re pre-med, and you’re knee-deep in organic chemistry, take a class on the mistreatment of gender minorities or Black Americans.”

This year, Humphrey and Fleisher especially want to involve fellow students more than they typically are in Pitt’s signature “Year Of…” efforts, which are now in their seventh year.

“If you’re a student who utilizes Pitt’s events and resources, the ‘Year Of…’ is typically just in the background of your year, but we want to make it so much more,” said Humphrey. “We want to make engagement accessible to students on campus who may not understand how to get involved. The Year of Engagement brings it to one table.” 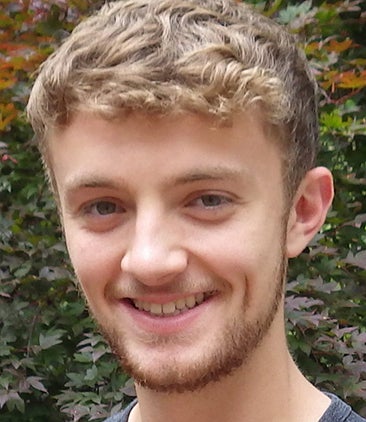 Humphrey and Fleisher credit Chaz Kellem, director of PittServes and member of the Year of Engagement steering committee, as one of the staff members they’ve worked with closely on developing their plans. One big proposal: a civic engagement hub, which is still in the works.

“I am inspired and encouraged by our students’ determination to support community and civic engagement and instill these values in their peers,” said Kellem. “I look forward to working alongside them on the Year of Engagement steering committee and hearing more of their ideas.”

The call for engagement

As with past years, the Year of Engagement will accept proposals for funded projects starting Sept. 1, the first of three funding cycles for the 2020-2021 academic year.

The Pitt community is invited to explore ways they can build partnerships—virtually or under social distancing protocols—that confront challenges and co-create solutions at the institutional, local, regional, national or global level.

Students, faculty and staff can submit proposals for funding to support new programs, virtual events, research, operational improvements or other projects. Grants will be offered in tiers: door-opening, baseline and transformative levels.

For more information on funding and other FAQs, visit the Year of Engagement website.

Over the first 14 days of September, members of the Pitt community and beyond are invited to participate in the Fourteen Day Challenge: a virtual exploration to better understand what “engagement” means for different people, and to you, individually. The goal is to help launch a journey of deeper engagement on a specific topic or theme throughout the year or longer. The Fourteen Day Challenge will be the introduction to a larger “engagement competition” throughout the year across the University.

How it works: Each day, @PittTweet will provide a prompt asking participants to consider the idea of engagement from a different perspective to give the Pitt community a small flavor of the breadth of what “engagement” means. Each of the prompts can also be found on the Year of Engagement website.

To participate: Each time you complete a daily challenge, you must document it by tagging posts with a screenshot or some marker that you’ve participated in the challenge using the hashtag: #PittEngage.

Prizes: For participants whose tweets receive the most likes, daily prizes equivalent to a cash value of $100 each will be awarded. Three overall grand prizes of $1,000 will be awarded after the challenge to schools, centers, departments and students organizations affiliated with the University based on likes from a single Twitter account.