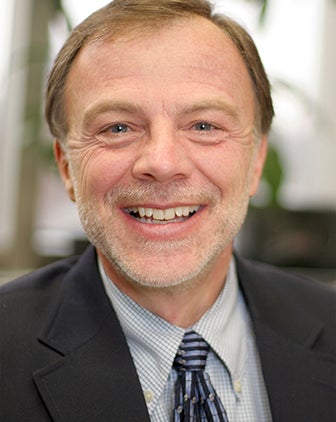 The University of Pittsburgh has named Lawrence Feick as interim president of its campuses in Bradford and Titusville.

Livingston Alexander, the current president of the two campuses, announced in June 2017 his intention to retire, effective June 30, 2018, after 15 years of service. Feick will serve as interim president until a permanent president is appointed.

Currently Pitt’s vice provost for special projects, Feick has served as provost liaison to all four of Pitt’s regional campuses.

“Larry’s familiarity with the campuses, the relationships he has developed with faculty, staff and the communities in Bradford and Titusville, and his deep understanding of the University, position him well to serve as interim president as we continue our search to identify a permanent president,” said Patricia E. Beeson, provost and senior vice chancellor. “His strong leadership will be key as we build on Pitt–Bradford’s success and growth and work collaboratively to create a stronger future for Pitt–Titusville and the region.”

Feick began at Pitt in 1982, joining the faculty of the Joseph M. Katz Graduate School of Business, where he served as professor, associate dean, director of the Katz International Business Center and interim dean. He was also instrumental in establishing the College of Business Administration and new master’s degree programs.

Feick, in his position as vice provost for special projects, has recently been working closely with President Alexander, faculty, staff and the Titusville community to develop a plan for an education and training hub model for the campus. Pitt’s Board of Trustees endorsed this proposal at its February meeting.

“In my work with colleagues at the Bradford and Titusville campuses, I have been impressed with the talented and skilled faculty and staff who are so committed to seeing their students excel at the University and thrive in life,” Feick said. “My goal for the next academic year is to maintain the momentum inspired by President Alexander. It’s imperative that we keep working on both campuses to deliver an educational experience that meets the needs of 21st-century students and helps them go on to live impactful, fulfilling lives, and for Pitt to be a partner in the region.”

Pitt–Bradford, established in 1963, has nearly 1,500 students and about 10,000 alumni, from every state in the United States and several countries. Its academic programs have grown to 36 bachelor’s degrees and five associate degrees.

Pitt–Titusville is a two-year campus offering associate degree programs with the ability to advance to four-year degree programs within the Pitt system. The University is currently working to develop the Titusville campus into an education and training hub involving a partnership between Pitt, a training center and a community college to provide a variety of educational options.