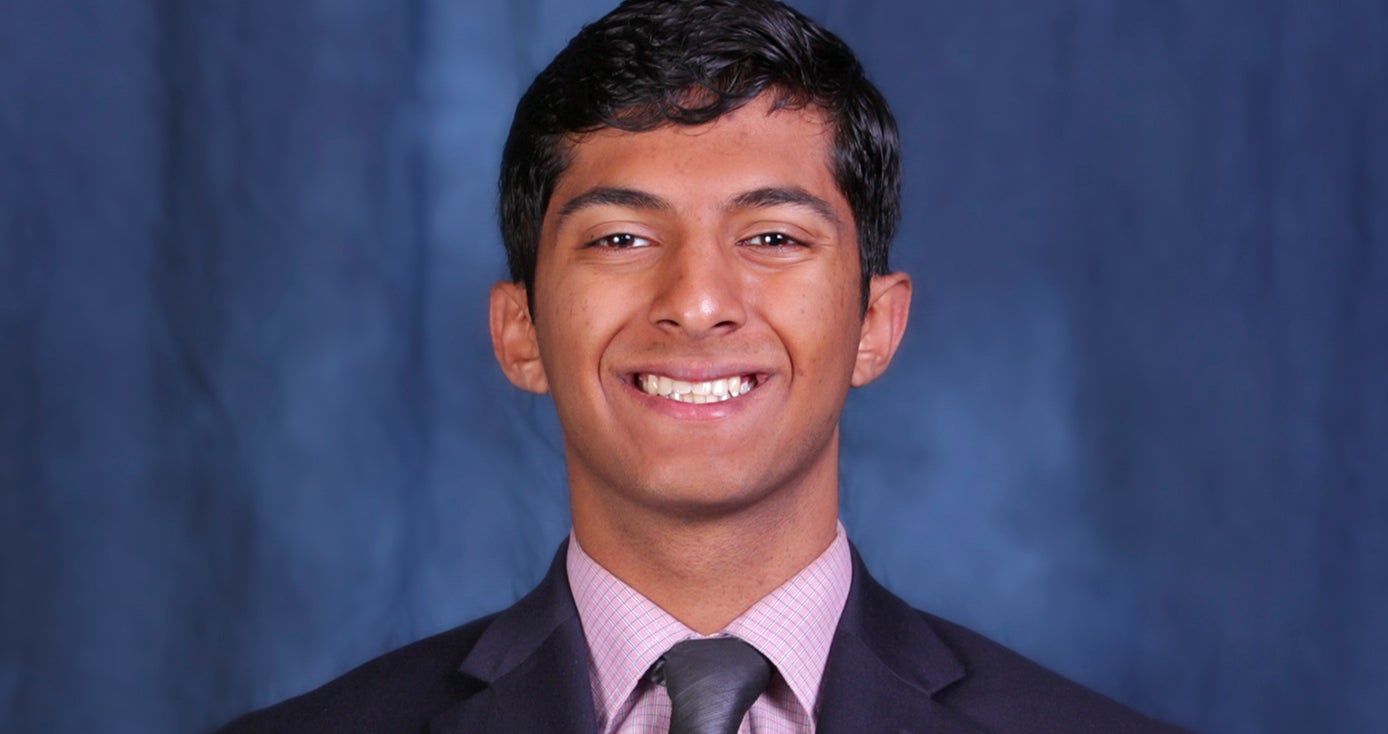 While shadowing at a cardiology practice near his home in northern Virginia, Joseph Kannarkat started wondering about the connection between health and policy.

To what extent was the patient care he was learning to provide constrained by the political system governing it?

While past Churchill Scholars — including two Pitt alumni, Clayton Magill (A&S ’06) and David Palm (A&S, ENGR ’14) — studied hard science subjects such as environmental studies and chemistry, under the inaugural Kanders Churchill Scholarship in Science Policy, Kannarkat will spend the 2018-19 academic year working to earn a Master of Philosophy in public policy as he delves into the United Kingdom’s universal health care system and the ways it could benefit patients in the United States.

“In the U.S., we often talk about adopting a new system of health care, and I think a lot of things about universal health care are unknown to many people here — pros and cons,” he said. “I want to have a year to understand the bigger picture, so that whenever I go through medical school and in my future path in life, I can better address and learn from the people around me to create a more cohesive system for health care.”

At the request of former British Prime Minister Winston Churchill, the American foundation that bears his name has awarded funding for U.S. students to study graduate-level science, mathematics and engineering in the United Kingdom since 1963. The goal: to advance U.S.-U.K. scientific exchange, continuing the trans-Atlantic collaboration on technology that helped to end World War II and secure future prosperity.

Fifteen Churchill Scholars are selected each year from across the country to pursue a master’s degree at Churchill College, the only STEM-based college at Cambridge or Oxford.

With the addition of the inaugural Kanders Churchill Scholarship, which expands the program into the realm of science policy, there are 16 Churchill Scholars, making this year’s cohort is the largest since the foundation’s inception.

“Joseph is making history,” said Gallagher. “Kannarkat is the only college student in the nation to win this year’s inaugural Kanders Churchill Scholarship. At the same time, his success is rooted in his incredible capacity to roll up his sleeves, relate to others and innovate from the front line. We are incredibly proud of his success at the University of Pittsburgh, and I have no doubt he’s bound for a bright future.”

Kannarkat honed his interest in public policy as he applied for other competitive scholarships throughout his senior year; he was recently a finalist for the 2017 Harry S. Truman Scholarship and the 2018 Rhodes Scholarship. The preparation and application work he did as a result of these nominations gave him momentum to learn more about what goes on behind the scenes of health care in this country, particularly at the local level, he said.

In addition, he has conducted research on schizophrenia with Matthew MacDonald, an assistant professor of psychiatry at Pitt. Kannarkat co-founded KamiMed in 2015, a Virginia-based company, to connect pre-med students from underrepresented groups and foreign graduate students with clinical shadowing opportunities. As senior adviser for Pitt's Coalition of Pre-Health Students, he’s connected more than a dozen pre-health science organizations on campus, as well as served on the Student Government Board.

Since 2015, Kannarkat has led 60 peers in Pitt’s chapter of Students Consulting for Nonprofit Organizations, which collaborates with 40 different nonprofit organizations to offer student services to nonprofits in the Pittsburgh region. He received the 2017 Pitt Community Service Organization Award for that work.

Kannarkat is expected to graduate from the Kenneth P. Dietrich School of Arts and Sciences this spring with dual degrees in economics and neuroscience and a minor in chemistry.

"Joseph demonstrates an outstanding ability to identify and analyze systemic problems, to bring people together and to implement solutions that satisfy all parties," said University Honors College Dean Brian Primack. “Moreover, he consistently applies these multifaceted talents to uplift marginalized populations. With the U.S. health care system in a state of uncertainty, we need empathetic experts like Joseph to lead the way."

Kannarkat also is looking forward to experiencing a new environment. “I am most nervous and excited to live outside of the country for the first time,” he said.

On being the first of the Churchill Scholars to dive in to public policy as it pertains to science, Kannarkat said: “I think it’s incredible. What I am proudest of about this whole process is that someone was willing to give me a chance. I believe in myself enough, but I think having other people believe in you is the only way you can ever get anything done. That’s what I’m most appreciative of.”