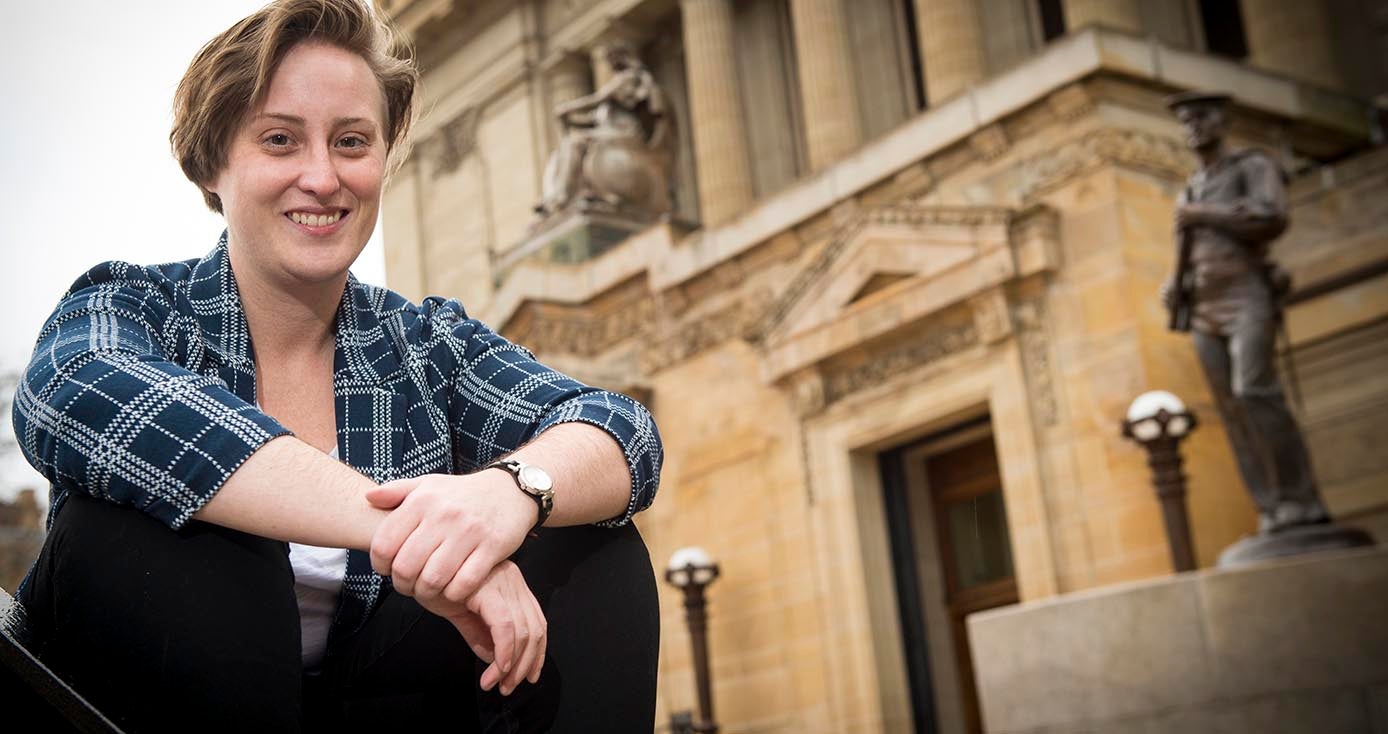 A new fellowship program at Pitt has begun connecting humanities scholars and the broader community, giving researchers a chance to use their creative and critical skills in ways that benefit public organizations.

The Public Humanities Fellowship Program matches Pitt graduate students with local organizations who need the expertise of academic researchers to carry out their missions. Sponsored by the Humanities Center, the program’s inaugural class uncovered aspects of historical and modern Pittsburgh. Fellows also found new perspectives on their doctoral research.

Literature student Kirsten L. Paine, who studies the roles and the writing of women during the Civil War era, spent much of the summer of 2017 researching local happenings during that period for the Pittsburgh Parks Conservancy.

One such event, the Western Pennsylvania Civil War Sanitary Fair, was held on the land that is now the North Side’s Allegheny Commons in June 1864. Reminiscent of a modern county fair, the event was among more than a dozen community-wide festivals held in major Union cities to raise money for the war effort. Western Pennsylvania’s fair was heralded as one of the most successful, garnering more than $380,000. Among other programming, the three-week affair featured lectures, musical performances, theater productions and it openly displayed military weaponry manufactured in the region’s iron and steel mills.

“It is a little-known fact that the Sanitary Commission was run largely by women," Paine said. "Yes, men held the most executive-level positions, but by and large the day-to-day operations, the fundraising and the logistical planning was done by women. It is a rarely told story of women’s contributions to American history, and it has been a pleasure telling it.” 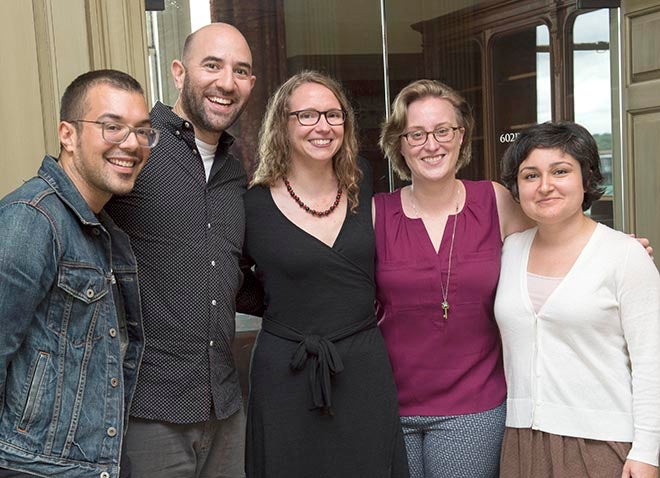 The information she found about the fair and other festivals could inform future commemorative efforts and programming by the Conservancy.

“I'm fascinated with the work of women in the 1800s because they were at the forefront of intense and dynamic cultural change. Their social and political acumen, willingness to experiment and desire to be heard defies a commonly held belief that women in the 19th century didn’t have much to say as people or contribute as artists,” said Paine, who is studying literature in the Department of English within Pitt’s Kenneth P. Dietrich School of Arts and Sciences.

The Public Humanities Fellowship Program was founded based on the belief that Pitt and many of the city’s cultural organizations share the same basic values and commitments, said Dan Kubis, assistant director for Pitt’s Humanities Center, “and that increasing points of contact between them will be good for everyone.”

“We wanted to get our students outside of classrooms and libraries and allow them to see how their skills and knowledge could be put to work in some of the city’s most dynamic cultural institutions,” he said.

Paine said she finished the fellowship with a new perspective on her research and her career’s trajectory. The Pittsburgh Parks Conservancy plans to continue its efforts to find stories connected to local parks and the Civil War, and Paine would be interested in further contributing to the initiative.

“I am moving forward with my work knowing that my research is valued outside of academia. That knowledge is both refreshing and redeeming,” said Paine, who will defend her doctoral dissertation in August 2018. “For me personally, this work proved that I can be an academic and conduct research-based work in many different ways. Academics do not have to be confined to the proverbial ivory tower of universities, and that life-lesson was invaluable.”

In addition to Paine’s work with the Pittsburgh Parks Conservancy, public humanities fellows worked within the North Side-based City of Asylum and East Liberty’s Kelly Strayhorn Theater to delve deeply into open-ended questions about Pittsburgh’s history and current affairs.

The Kelly Strayhorn Theater — a nonprofit performing arts center named for dancer and Pitt alumnus Gene Kelly and composer Billy Strayhorn — tasked Pitt’s fellows with uncovering various layers of diversity within the theater’s history. One project conducted by Benjamin Ogrodnik, a doctoral student pursuing a joint degree from Pitt’s History of Art and Architecture Department and Film Studies Program, sought to showcase the past decade of the theater’s emerging artists showcase. Additionally, theater arts student Diego Villada interviewed a wide range of citizens who come in regular contact with the theater, including audience members, community residents, donors and staffers. The theater’s goal through this work is to better understand their appeal to community members so they can market to a more diverse audience in future years.

“Literary work can be done at many levels, and we are excited about forming a greater connection between the ivory towers of academia and the broader public,” FitzPatrick said of the work.