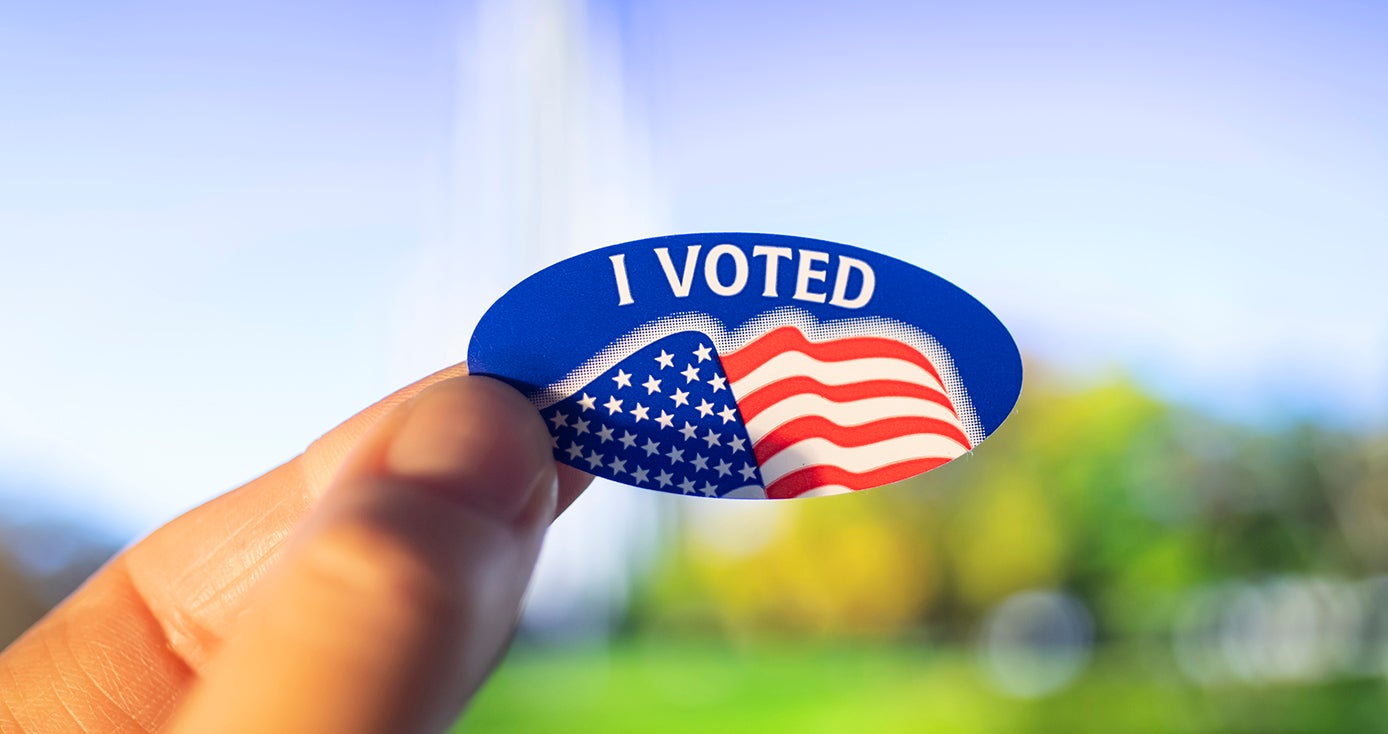 Election Day 2020 is sure to be one for the history books. Pittwire wanted to know how students and faculty are spending Nov. 3. For many in the community, it is not only a call to vote, but also a call to help others in ensuring a safe, smooth election process.

Student Government Board (SGB) President Eric Macadangdang returned his mail-in ballot two weeks ago and made sure Nov. 3 would be devoted to assisting voters across campus.

“I will be helping run a virtual event in the afternoon with the Pitt Votes initiative and the University Counseling Center that is focused on self-care during times of anxiety and high stress, as this election season has been both,” he said. “Tuesdays are also typically when we hold our weekly public meetings for SGB, but I made the decision to cancel this week’s meeting in observance of the important day. Many members will be voting in-person, working as a poll worker, or tending to other civic engagement activities, and I want to make sure that there are no barriers to such foundational aspects to our democracy.”

Meanwhile, members of the independent student group Pitt Law Democrats, will serve as credentialed poll observers Tuesday in Allegheny County. They will watch for any potential voter intimidation or electioneering that happens at their respective precincts while communicating with the respective precincts’ judge of elections. The group is also working with other universities’ student groups for poll observing.

Joe Maurizi, a second-year law student at Pitt and the group’s president says people should not take voting for granted.

“It’s a bit uncertain with the pandemic,” he said. “It may be wishful thinking, but I would hope we don’t see any of that in Allegheny County. Hopefully, people will vote and be able to mind their own business.”

That sentiment is shared by Lara Putnam, a professor of history.

“I hope that all Pennsylvanians get out and exercise their right to vote, because our democracy requires an active and engaged citizenship,” said Putnam. “That means voting for sure, but it doesn’t stop there. There are multiple ways to make your voice heard in our political system, and we need people to be welcomed into all of them.”

Putnam is volunteering for the Black Political Empowerment Project, a Pittsburgh-based social services organization, to help with poll-watching. While she expects higher voter turnout in Pennsylvania this year because of the intensity of views on all sides, Putnam said she expects voters to be respectful toward each other when casting their ballots.

Jerry Dickinson, an associate professor in the School of Law, and Chris Deluzio, policy director at the Institute for Cyber Law, Policy, and Security, will both be monitoring in-person voting from different positions.

“I will be volunteering as an election protection lawyer monitoring polling stations at predominantly Black precincts all throughout Allegheny County that are historically targeted for voter suppression and disenfranchisement,” Dicksinson said. “I will be assisting voters with basic questions regarding voting and observing activity in and around the polling places for any unlawful activity.”

I hope that all Pennsylvanians get out and exercise their right to vote, because our democracy requires an active and engaged citizenship. That means voting for sure, but it doesn’t stop there. There are multiple ways to make your voice heard in our political system, and we need people to be welcomed into all of them.

“I will be working with the Election Protection coalition here in Pennsylvania, monitoring voter-reported issues at the polls across the commonwealth and helping to coordinate responses so that every single eligible voter is able to cast their ballot without incident,” said Deluzio. “Any voter—regardless of party—can seek help from Election Protection by calling 866-OUR-VOTE.”

Chris Bonneau, a professor of political science, will work as a constable for the first time at a polling precinct in Allegheny County. Bonneau said he’s doing so to ease the pressure of other poll workers, who tend to be more elderly and thus more at-risk for COVID-19.

“I voted early, so that’s taken care of,” he said. “I’m able-bodied and not at high-risk, so I thought if I can help, I should. It’s really about ensuring the safety and security of everyone who’s participating.”

Bonneau will be at his polling place throughout the day from dawn until later in the evening. He has to report to the poll site’s judge of elections by 6:30 a.m.

“It will be a long day and there will be more voter turnout this year across the country. But there are a lot of people who voted early by mail,” he said. “We could have lines out the doors for hours, or we could have none. It will depend on the precinct. I don’t suspect there will be any problems, but Pennsylvania is an important state. Both presidential candidates think so.”

Andrew Lotz, a senior lecturer and academic advisor in the Kenneth P. Dietrich School of Arts and Sciences’ Department of Political Science, said his goal is to cast a vote in-person as safely as possible. He would have participated in early voting if it weren’t for delays related to his political affiliation in the state. In Pennsylvania, voters who are registered independent must change their registration to an affiliated party during the primary election in order to participate. Lotz would typically change his registration for the primaries then change back to Independent during the general election.

“I was slow in getting that change made due to COVID-19, so some of the earlier voting request deadlines were missed. So I've resolved to just show at my polling place an hour before it opens with a camp chair, and to sit and read a book while wearing a mask while I wait to vote in person,” he said.

For Jennifer Brick Murtazashvili, an associate professor in the Graduate School of Public and International Affairs and director of the Center for Governance and Markets, the day will be business as usual and election related work starts at home.

“I voted early. I will probably speak to my kids about the election. They always ask how I vote. I don’t tell them. It’s more interesting for me to understand how they see the world, rather than having them mimic me. These days so many people have a hard time speaking across political boundaries. I figure I can contribute to this by helping them understand that we can respect people regardless of their political choices they make,” she said.

“People have many different reasons for voting the ways they do,” Murtazashvili said. “Plus, as someone who works in authoritarian countries and contexts wracked by violent conflict, I have an appreciation of how rare a secret ballot is. So another reason why I don’t share my vote with them is so that it leads them to appreciate and value this precious gift: a truly secret ballot.”