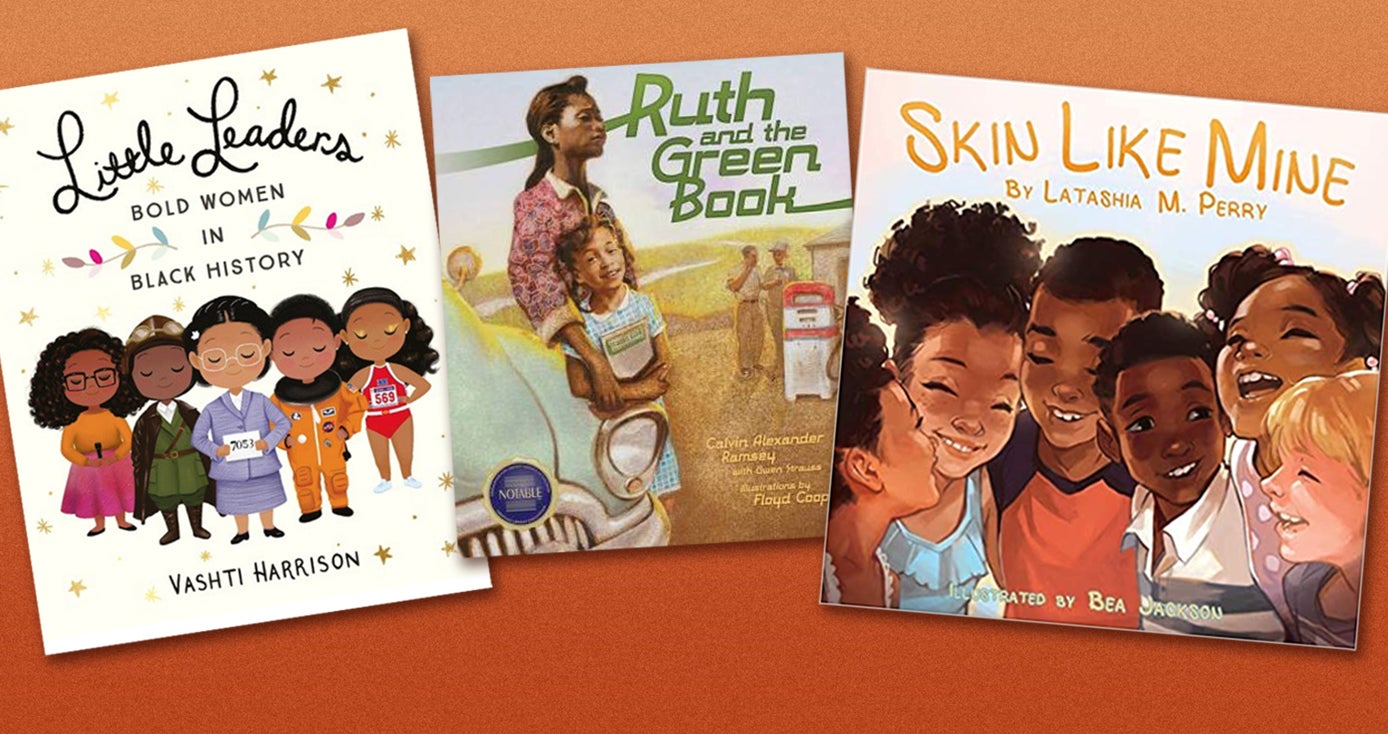 It all started as a passion project for Jennifer Iriti, a research scientist with the University of Pittsburgh’s Learning and Research Development Center.

In May, Iriti came across a Facebook post that listed 30 recommended anti-racist children’s books appropriate for children in grades K-6. Iriti, whose work focuses on changing education systems to make them more equitable, found the list to be a great resource, containing books like “Little Leaders: Bold Women in History,” by Vashti Harrison and “The Color of Us,” by Karen Katz.  (See sidebar for more on Iriti’s work)

How you can help

“In my work in literacy and equity, it’s always been centered on making sure minoritized students have access to materials that reflect them; that they can see themselves in that work,” said Iriti, who also serves as a faculty fellow for the Center for Urban Education in Pitt’s School of Education. “And it’s equally important for white students to see people of color through the materials they use in school.”

With her many educator contacts in mind, Iriti clicked “share” on her Facebook page and wrote: “Hey, teacher friends, here are some great books to think about.”

She never would’ve imagined what would happen next. 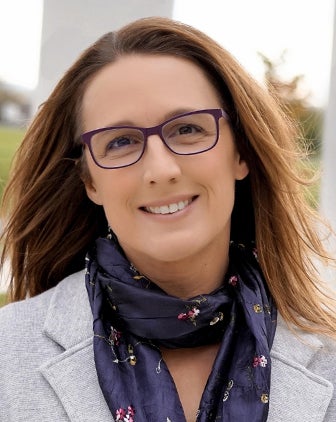 “One of my teacher friends commented that she was embarrassed to say she’s never heard of any of the books’ titles and said she was going to purchase some of the books,” said Iriti. “And then, another one of my friends chimed in and said, ‘I’ll buy a book for each of ten teachers who will use them in their classrooms.’”

That friend was Celina Farabaugh, a mother of two in South Fayette, Pennsylvania, who knows Iriti through volunteer work outside of Pitt.

“I had been reading quite a bit about ways to be an anti-racist, and one of the suggestions I read was to donate an anti-racist book to a teacher,” said Farabaugh. “So, when Jen posted a list of suggested books, I felt called to take this small step.” Her first donation: “Separate is Never Equal,” by Duncan Tonatiuh, to a teacher in the Keystone Oaks School District, located about 10 miles from downtown Pittsburgh.

Like Farabaugh, more and more of Iriti’s friends chimed in, offering to buy books for teachers’ classrooms. “It just sparked organically,” said Iriti, who has been coordinating the donations from her home office for the past two months.  “What started as a little pop-up effort to build anti-racist actions into all parts of our lives has turned into something bigger.”

The book drive has grown from Iriti’s initial Facebook post: Farabaugh joined efforts with Iriti and extended the book exchange to her own social media network. The combined reach has put more than 70 books in the hands of teachers across the country, and counting. 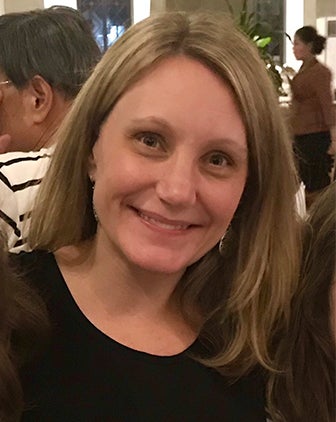 “Jen has coordinated the majority of the donations, but the donations I coordinated have reached teachers in Johnstown, Pennsylvania; Richmond, Virginia; and even one near Lansing, Michigan,” said Farabaugh.

Olivia Bartholomew, a rising Pitt senior double majoring in neuroscience and political science, both in the Kenneth P. Dietrich School of Arts and Sciences, felt compelled to donate for many reasons. Growing up in a racially diverse neighborhood in Washington, D.C., Bartholomew learned about racial injustices from an early age. She said she hopes these books can help educate students living in predominantly white areas who may not be talking about racial justice at home.

“I donated these books so younger children can be aware of people from different backgrounds, the injustices they face and how they can make a difference,” said Bartholomew, who calls Iriti a mentor. “Dr. Iriti has shown me the impact of giving back to community in a way of meeting today’s needs and beyond.” 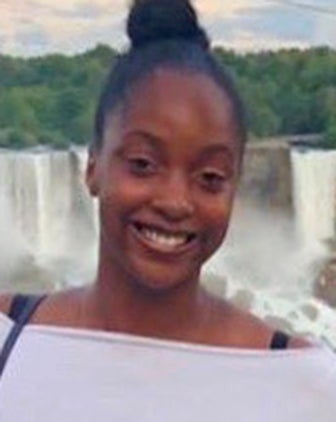 Manly said, “For teachers, it’s in our hearts to think about what we can do to support this cultural shift. The book exchange answered the question of: what are the first steps of something I can do to make that impact?”

While she hasn’t received her books from the drive just yet, Manly said she searched the list for books that she can organically implement into her curriculum year-round. Among the books she requested: “Gordon Parks: How the Photographer Captured Black and White America,” by Carole Boston Weatherford, illustrated by Jamey Christoph; “Young Water Protectors: A Story About Standing Rock,” by Aslan and Kelly Tudor; and  “Sit-In: How Four Friends Stood Up By Sitting Down,” by Andrea Davis Pinkney, illustrated by Brian Pinkney.

“I want students to feel safe in my classroom and know that we celebrate cultural diversity. We don’t entertain prejudice, racism or stereotypes,” said Manly.

While she sees the book drive as a concrete, tangible way to make a difference in a small way, Iriti said a lot of work must be done to make fundamental, systemic change. 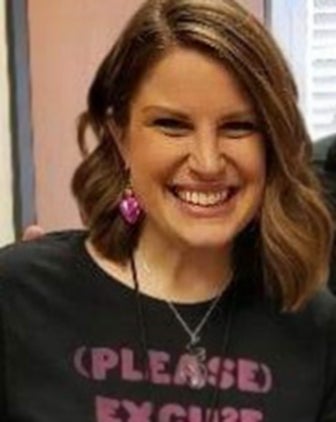 “If teachers expose their students to a new type of book, and they become more conscious about who is in the book and who has written them, that one book can lead a lot to other choices the students make down the line,” said Iriti. “But policies and curriculum need to reflect inclusivity and diversity and tell the real history of race in America. Especially for districts that serve a small proportion of minoritized students, it’s even more important to have diversity reflected in materials.”

Nonetheless, she said she’s touched by the response to the effort that started from one Facebook share.

“It’s heartening to see how many people do want to make a difference,” said Iriti. “This is one small way that lots of people can help.”

Iriti serves as the co-director of the Partners for Network Improvement and director of Evaluation for Learning group, both based at the Learning Research and Development Center at Pitt, where she provides evaluation and research-based program design expertise for education-related organizations and improvement networks.

Iriti is co-principal investigator of a recently awarded National Science Foundation Alliance, the STEM PUSH Network, along with colleagues from a total of five Pitt schools and centers. This five-year, $10 million collective impact effort will create the first national network of precollege STEM programs in order to strengthen these programs’ capacity to serve racially minoritized students and to change the way these powerful experiences are considered in undergraduate STEM admissions processes.

The STEM PUSH Network currently operates with 17 precollege STEM programs from four urban areas including New York City, Pittsburgh, Chicago and the Bay Area. By the end of the five-year grant, the network will include 40 precollege STEM programs from 10 urban areas and expects to result in greater racial equity in access to STEM postsecondary enrollment.

Recently, Iriti and her team evaluated the “City as Our Campus” program at the Winchester Thurston School, a pre-kindergarten through 12th grade independent school in the Shadyside area of Pittsburgh. The program is designed to provide out-of-classroom experiences for students by leveraging resources in the community. Through their evaluation, Iriti and her team found that the program had a positive impact on students and their orientation toward social justice, and they identified ways that teachers can sustain and scale it. The team will ultimately share their research with other schools across the country who are interested in implementing similar community-based learning programs.

Read more about City As Our Campus on the Evaluation for Learning website.