This English Class Has Things Sorted 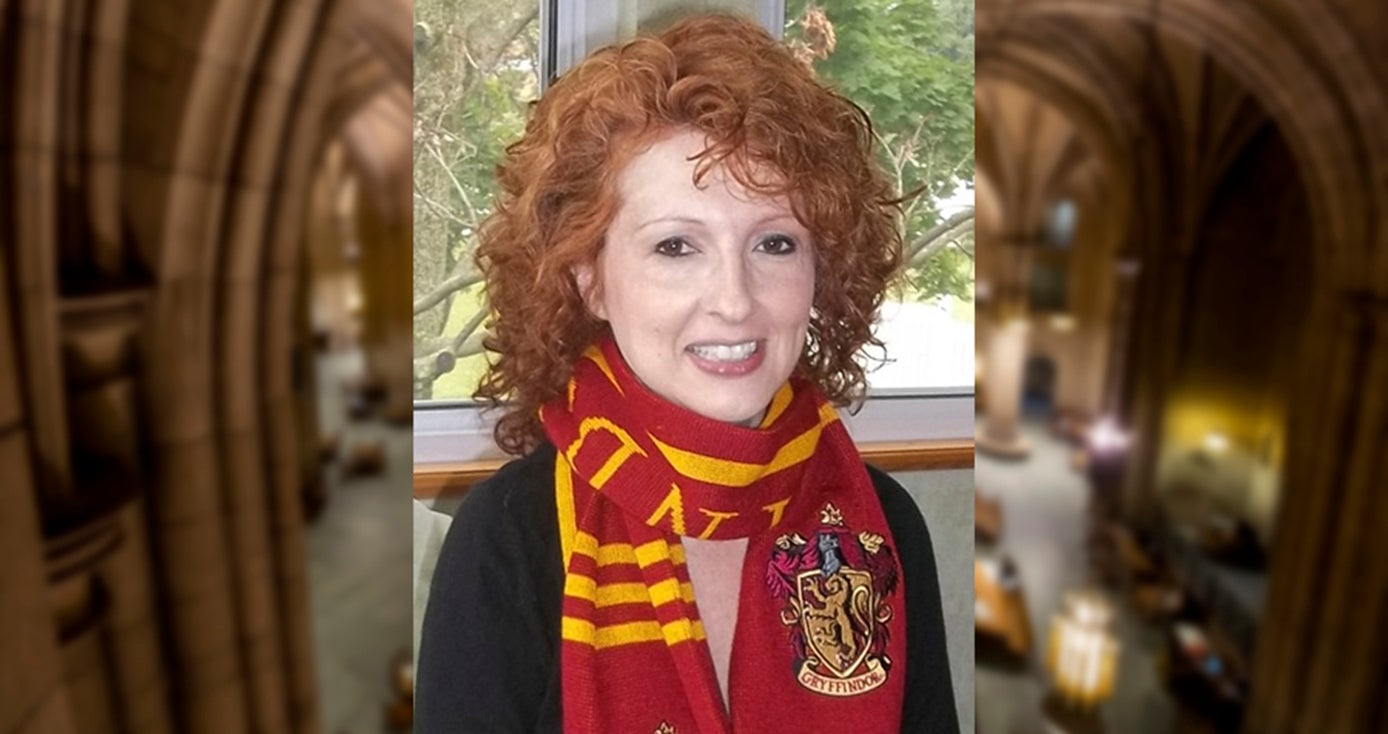 Lori Campbell-Tanner, a senior lecturer and advisor in the Kenneth P. Dietrich School of Arts and Sciences' Department of English, designed the popular course, Harry Potter: Blood, Power, Culture, in 2012. Based on the bestselling fantasy series by J.K. Rowling, the course regularly attracts 50 students or more—and becomes increasingly relevant every year.

“The course uses Rowling’s series as a master text for understanding the relationship between literature and society,” said Campbell-Tanner. “It lends itself to rich discussions of complex and vexing real-world problems, and students have compared real-life power systems to those in the books’ universe.”

To transition the course to online learning using the Flex @ Pitt model, Campbell-Tanner worked over the summer with three undergraduate teaching assistants—Sarah Street, Marissa Herzig and Grace Merva—to thematically tie the new usage of digital tools in ways that would increase engagement.

For Zoom class meetings, Campbell-Tanner divided students by the academic houses of Hogwarts, the fictional wizarding institution of the series. In the books, each house has its own dormitory, personality and ghost.

“Since we’re online we couldn’t do an actual sorting hat, but I wanted to divide the class for discussion purposes, so I emailed them over the summer to send their sorting preference,” said Campbell-Tanner, noting that Ravenclaw—the house associated with wisdom—was by far the most popular choice.

For the first four weeks of the term, 50 students attended online class together to do foundational work about the fantasy genre and the hero’s journey in mythology. Starting with the fifth week, students participated synchronously in one class per week based on their chosen house and watched Zoom videos of the sessions they didn’t attend. They’ll come back together again for the last weeks of the term.

In addition, under the name The Order of the Phoenix—the secret society battling evil in the series—Campbell-Tanner created a meeting offered on five selected Sundays for one hour. Facilitated by Campbell-Tanner or a TA, the sessions are intended to provide more opportunity for participation and in-depth discussion. Students must attend at least two, then immediately afterward take a quiz.

“Everything I’m doing this term is meant to not only help students feel engaged in the material, but also to help them connect with me, the TAs and each other,” said Campbell-Tanner, who is also supplementing the course with a newsletter Merva developed and maintains. Called The Quibbler, It features regular updates regarding the class, discussion highlights and summaries of student projects.

“Since we're online there's not the same ability to get to know and work with other students, and that connection is important to students feeling comfortable talking in class, especially since we talk about a lot of sensitive issues—including politics, gender, race and religion,” said Campbell-Tanner.

Some of those issues have become even more prominent in recent years based on controversies Rowling has created via Twitter, where she has been criticized for statements she’s made about the trans community. Campbell-Tanner said students brought up the issue on day one.

Everything I’m doing this term is meant to not only help students feel engaged in the material, but also to help them connect with me, the TAs and each other.

“I try to steer them away from letting the author’s biography or comments influence their reading of the text too much, but Rowling’s comments are part of the phenomenon, so they are relevant and we address them in context.”

Campbell-Tanner said that context has changed somewhat with the transition to online learning, but that ultimately the tools, resources and technology available have helped make that a smooth transition with continued engagement in the class.

“Discussion and interaction with students is invaluable—and nothing beats being in-person together in the classroom,” she said. “But we have experienced faculty at Pitt, as well as the technology and the professional team to implement it, to ensure that our high standards of education are maintained whether online or in the classroom.”

So far, she reports that feedback has been all positive. “The students are resilient and work hard, and sometimes during discussion I even have to remind them that class actually ended 10 minutes ago.”