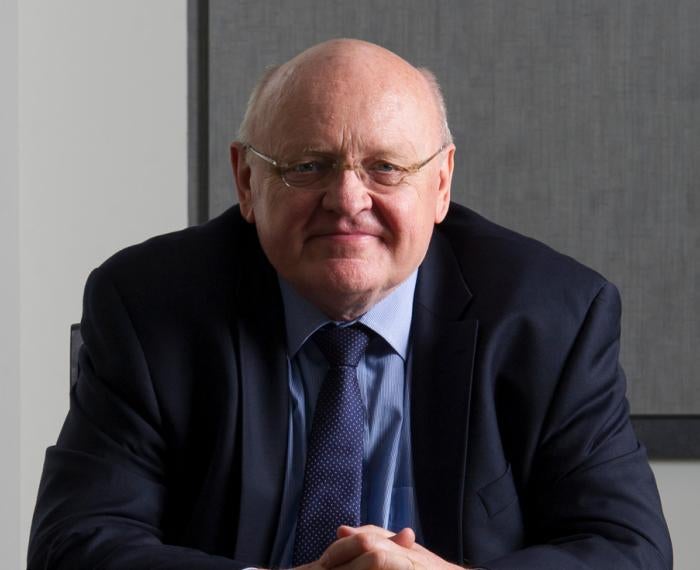 N. John Cooper is stepping down as Pitt’s deputy vice chancellor for research, effective Aug. 1, 2021. Cooper has held that post since January 2018. Prior to that, he served as dean of the Kenneth P. Dietrich School of Arts and Sciences for 19 years. He established the school as a world leader in philosophy and strengthened many other disciplines and interdisciplinary areas, especially through $250 million in renovations and new construction in support of teaching labs, the humanities, the social sciences and the natural sciences.

In 2018, Cooper began working with Rob A. Rutenbar, senior vice chancellor for research, to establish the Office of the Senior Vice Chancellor for Research, informally known as Pitt Research.

“John brought decades of institutional knowledge and expertise to integrate the major units that support the diverse research enterprise here,” said Rutenbar. “John understood inherently what was needed to help all of us collaborate to support research faculty and staff.

“Pitt is richer in many ways because of John. He provided great leadership to advance our structural, scholarly, financial and operational capacities and, with his keen sense of humanity, helped us diversify our faculty talent,” Rutenbar added. In working with Rutenbar, Cooper was instrumental in promoting arts and humanities research and is a staunch advocate for interdisciplinary advancement.

Cooper said that one of his strengths in helping Rutenbar to build the new office came from his 35 years of service at Pitt — as a faculty member, a supervisor of 26 doctoral students (13 at Pitt), a chair and a dean. He joined Pitt in 1986 as professor of chemistry after more than a decade on the faculty at Harvard University. He served as chair of Pitt’s chemistry department from 1989 to 1994 and became dean of the Dietrich School in 1998.

“I feel fortunate to have had the opportunity to work with so many talented people to make Pitt a better university for our faculty and students. And it has been fun — I have learned so much from colleagues at all levels,” said Cooper.

During his deanship, Cooper recruited more than 70% of the school’s faculty, which included increasing faculty members from underrepresented groups by 30% and the representation of women on Pitt’s faculty by almost 50%. A cumulative $1 billion in funded research was conducted, along with the publication of hundreds of books and thousands of scholarly articles by those he recruited and supported. He also established 250 endowed funds, amounting to more than $260 million in giving.

Kathleen Blee, Bettye J. and Ralph E. Bailey Dean of the Dietrich School, said, “John’s passionate commitment to Pitt, boundless energy and deep respect and abiding curiosity about the many forms of knowledge that are produced and taught across the disciplines of the arts and sciences are the foundation of his tremendous success as dean of the Dietrich School.

“Less visible is the legacy of academic leaders who have been mentored by John over his career,” she added. ”I am fortunate to be among the hundreds of department chairs, program and center directors and associate deans who benefited immensely from his encouraging guidance. As dean, I have turned to John often for his thoughts and opinions. He has always been there with sage advice, unfailing support and his trademark sense of humor that helps keep everything in perspective.”

In recognition of his service, Cooper was awarded an honorary Doctor of Science degree in 2017 and appointed Distinguished Service Professor of Chemistry in 2018.

Pitt Chancellor Emeritus Mark Nordenberg said, “John has made extraordinary contributions to our chemistry department, to the Dietrich School and to the University of Pittsburgh as a whole. I had the privilege of working closely with him during his long and distinguished tenure as dean. In everything that John did, he was committed to the highest standards of quality, and his approach to his work combined good cheer and tireless determination.

“He seemed to be energized by the daunting challenges presented by the size and scope of the Dietrich School, and those of us who had the chance to observe his efforts and all the good that they produced were inspired by his example. Everyone who cares about Pitt is indebted to this exceptional leader,” said Nordenberg.