Creating a Just Community at Pitt

A Pitt center and a department chair were honored in a Jan. 26 virtual ceremony for their work in making the Pitt community more just, equitable and inclusive.

Read more about Yolanda Covington-Ward, the history of the Department of Africana Studies and her vision for its future.

Attendees first heard from keynote speaker Elayne Arrington (ENGR ’61), the first Black female to graduate from Pitt’s Swanson School of Engineering. She worked as an aerospace engineer at Wright-Patterson Air Force Base’s Foreign Technology Division. After earning a PhD in math at the University of Cincinnati in 1974, she taught there for the next 40 years.

Arrington reflected on her time as a Pitt student back in the 1950s, when she had no Black instructors, just one woman instructor and was frequently referred to as “girl.”

“I was able to master the curriculum but all I could do was adapt to the culture,” she said, adding that it often made her feel isolated and ignored, with no one to work with or talk to in her classes. But she saw times slowly change and she participated in the dialogue and processes that led to increased enrollment in engineering, and in 1983, the first Pitt chapter of the Society of Women Engineers. Now there is national attention on women and STEM careers.

“Some things are processes, rather than events,” said Arrington. 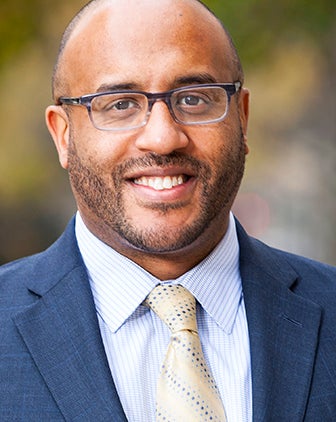 Pitt Chancellor Patrick Gallagher told attendees that CRSP is deserving of the $10,000 UPSIDE Prize for its critical role in advancing equity in the region. With important race research, the mentoring of emerging scholars and a popular lecture and seminar series, the center has been performing “their vital work in creative problem-solving” for nearly two decades, he said.

“CRSP investigators have helped create a strong sense of connection between Pitt and our communities of color by leveraging Pitt resources and expertise to support real needs that these communities have identified,” said Gallagher. He praised CRSP founding director and former School of Social Work Dean Larry E. Davis for “having the knack of bringing people together to achieve that vision.”

CRSP Interim Director James Huguley also called Davis a “visionary” and outlined numerous initiatives underway at CRSP. One of the newest is Parenting While Black—a program that offers support from educators and experts for Black families raising young people ages 11-17.

“We are very multi-faceted and still growing and building,” said Huguley, as he encouraged those on the call to get involved with the center’s work. “This feels like a Lifetime Achievement Award for CRSP and one I am very proud to accept on everyone’s behalf.”

Yolanda Covington-Ward: A hero for many 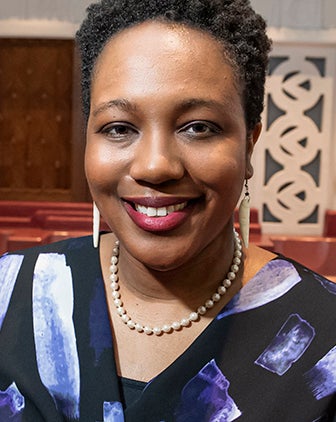 Humphrey said when Provost and Senior Vice Chancellor Ann E. Cudd approached Covington-Ward about the project, she could have easily declined. But she took on the task.

“She realized the gravity of the situation, the possible impact that could be made, the simple fact that we as a community had need of her,” said Humphrey. “It is indicative of her commitment to making a difference at Pitt and enriching the Pitt experience for all.”

Covington-Ward credited many people with helping to making the course a success. It has garnered national attention and she says she has been contacted by universities across the country about its content. She called Pitt “a bold leader in curricular innovation.”

In her remarks, enhanced by family photos, Covington-Ward traced her history back to her great grandmother, explaining how racism shapes personal interactions and how it is embedded in our social structures and institutions. For each element of her grandmother’s and mother’s lives—poverty, racial segregation, health disparities, limited housing options in the South Bronx and an overall lack of resources—she reflected back to one of the lectures in the anti-racism course.

“Learning about anti-Black racism is not just an exercise in abstraction,” she said. “It is woven into the very fabric of our nation—from the era of enslavement to Jim Crow to our modern-day continued fight for equality and justice.”