Chemist’s Tech Makes it to Mars

In 1979, Asher interviewed to join Pitt’s chemistry department faculty. As is the practice, he gave a presentation regarding a particular bit of vital research he’d do if hired. He was working on something called UV Raman spectroscopy, which uses ultraviolet light to excite molecules as a way to determine the basic components of a piece of matter.

Asher, today a Distinguished Professor of Chemistry in Pitt’s Kenneth P. Dietrich School of Arts and Sciences, has seen that initial idea grow and become integral to science: It’s now on Mars as a component of SHERLOC (Scanning Habitable Environments with Raman & Luminescence for Organics and Chemicals), which is attached to the Perseverance rover.

“I’ve been working in this area for a long time,” he said of the spectroscopy technique. “Most of the uses to this point have been biological—it’s important to the detection of protein folding. I’ve been involved in all aspects of the science from laser development to theory development to building the first instrument.” 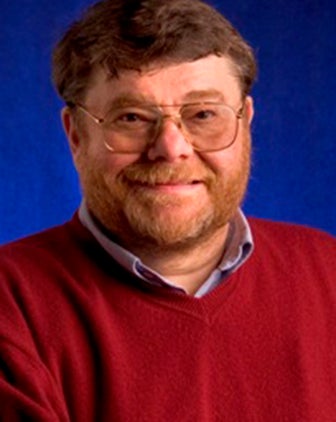 Asher is a coinvestigator on the SHERLOC instrument built at NASA’s Jet Propulsion Laboratory.

SHERLOC shines a tiny dot of ultraviolet laser light at a target. This causes two different spectral phenomena to occur, which the instrument captures for analysis. The first is a distinctive fluorescence, or glow, from molecules that contain rings of carbon atoms. Such molecules may be clues to whether evidence of past life has been preserved. The second is an effect called Raman scattering, which can identify certain minerals, including ones formed from evaporation of salty water, and organic compounds. This dual use enables powerful analysis of many different compounds on the spot.

“This is an instrument that determines the chemical composition of rocks on the surface of Mars. It’s looking for particular molecules that are suggestive of the existence of life,” he said.

Asher is thrilled to be part of the Mars project.

“Everyone is very dedicated to what they’re doing, and they can do it amazingly well. But the Mars mission is taking place 800 million miles away! It’s just amazing.”

On Earth, Asher expects to be part of a group studying the data SHERLOC beams back to its home planet.

“We’ll try to help analyze data,” he said. “I’m sure (what we find) will be surprising and we will try to uncover a deeper understanding of what Mars is actually like. We’ll look for DNA and RNA; that would be the first guess. We’ll look for carbon. Researchers understand a lot of how life works and how molecules are used on Earth. But it’s pretty clear that life would have evolved differently on Mars. We’ll see. That’s why we went there and that’s why we’re asking these questions.

Ultimately, Asher said, while the purpose of the Mars mission is to learn more about the seemingly desolate planet, one cannot discount the pure excitement of fulfilling a childhood dream.

“It’s really amazing to be involved in this,” he said. “When I was a child, I would stay home from school and watch the rocket launches trying to send up the first astronauts and I read all the science fiction books and things like that. It really is amazing at this stage to be actively involved. It gives me goosebumps and the more goosebumps the better.”