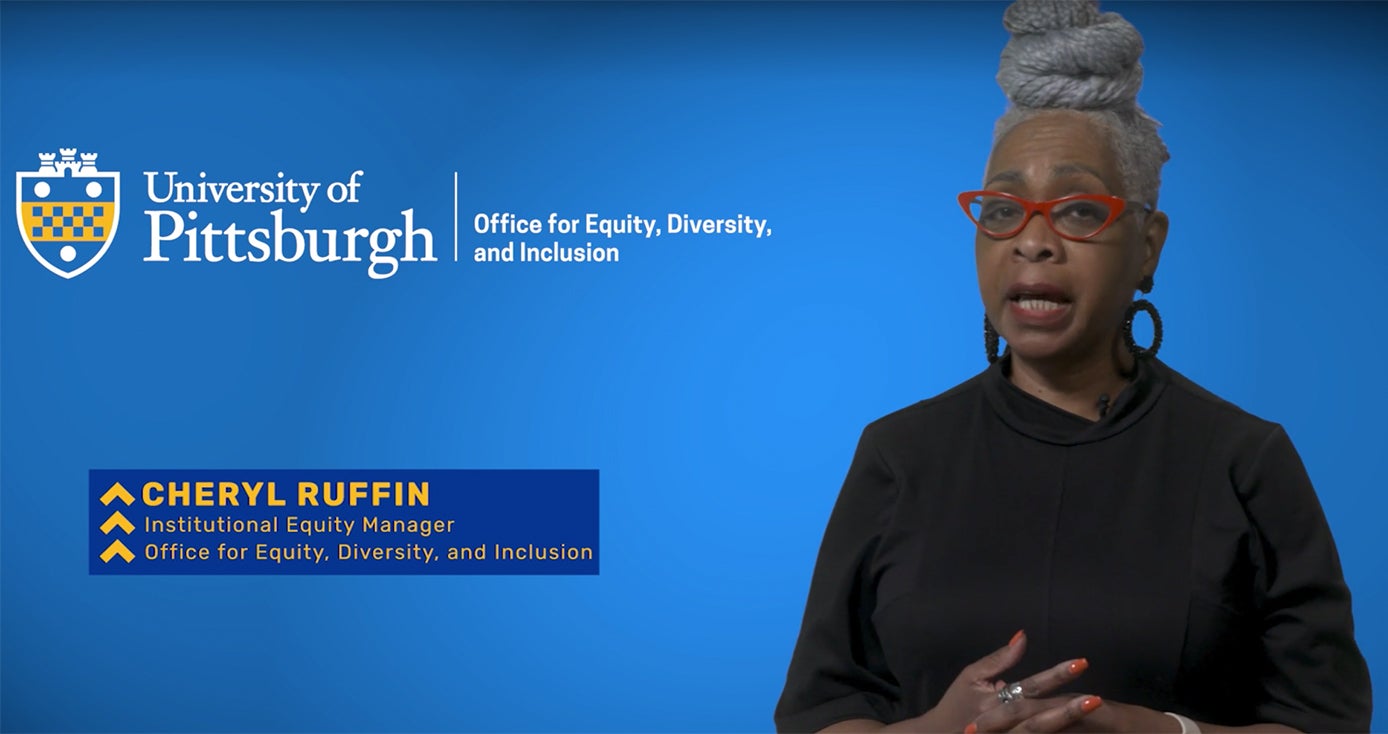 During his days as a defensive tackle for the Panthers in the early 2000s, coaches and teammates advised Ron Idoko to wear Pitt athletics gear, even off the field. For Idoko, a six-foot-three Nigerian American, not wearing the gear could make him a potential target of discrimination.

Now, as a diversity and multicultural program manager at the University of Pittsburgh, Idoko is sharing his perspective with others as part of a new series called Developing Diversity Consciousness to Foster Anti-racist Practices, Cultures and Communities. The virtual program challenges staff, faculty and students to engage with moments of complex truth-telling about racism, which Idoko says can be empowering, eye opening and discomforting. 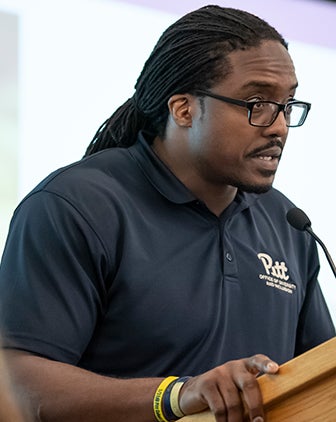 Most people do not experience a formal education on racism, much less anti-racism, he says, so the series is designed to offer participants tools to gain competence in leading difficult and necessary conversations in dismantling systematic racism.

Participants will spend seven two-hour sessions exploring and engaging in six key areas of diversity consciousness development to expand their capacity to seek and consider different perspectives; promote personal growth and empowerment; enhance cultural competence and cultural humility; and ultimately embody the mindset to foster anti-racist practices, cultures and communities. While the Office for Equity, Diversity, and Inclusion (OEDI) offered the program to individual units before, this is the first time it has made the minicourse open to all faculty, students and staff through the Canvas learning management system.

The series begins March 30 and runs through May 11. The deadline to register is March 29 and space is limited, but the series will be offered again in this summer.

A response to demand

Though Pitt has offered professional development and other courses on diversity and inclusion for several years, interest in anti-racism education on campus surged following the Black Lives Matter protests of 2020 and death of George Floyd, Idoko said. In response, the Office for Equity, Diversity, and Inclusion developed the new diversity consciousness series.

“I have found myself to be more comfortable discussing the uncomfortable,” said Dominic Hendrickson, a graduate student in biomedical science who participated in a preview version of the program. “Although I have always been motivated to fight against racism, I know this training has gifted the confidence and tools to successfully do so,” he said.

In the weeks following George Floyd’s death, ULS created an Anti-Racism and Social Justice LibGuide, which has been accessed more than 10,000 times.

Small group interactions and a cohort model encourage both vulnerability and confidence among participants.

According to Fumi Kimura, associate athletic director for culture, diversity and engagement for the Department of Athletics, small group dialogue was a key benefit for athletics staff who participated in the series.

“There are definitely moments of uncomfortableness. There is probably going to be some guilt and some realizations that we are unaware of inequities in our society,” Kimura said. “That came out for all of us. It brought us closer as a group.”

Since the training, the Department of Athletics began offering a monthly group dialogue on topics of equity, diversity and inclusion.

For ULS staff members Marc Ross and Luke Ferdinand understanding key terminology and breaking down barriers to communication about racism were important takeaways.

“For me, it was the idea that your empathy really doesn’t actually make you an ally,” Ferdinand said. “It’s your actions that really matter and how you can affect change at the University, in our community, and beyond.”

Diversity consciousness will also be the topic of a pre-conference institute to be held in the days leading up to the virtual Diversity Forum 2021, which is planned for July 26-29, 2021.