This Pitt theater professor is bringing more voices to the stage 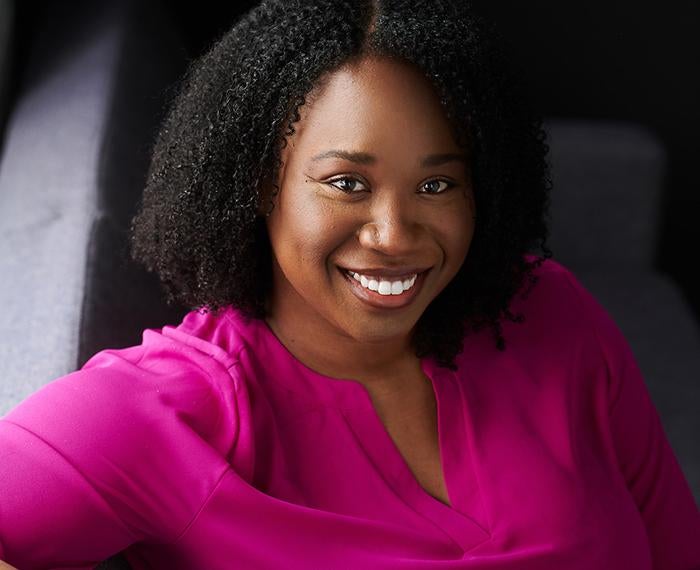 Thick thighs, long braids, dark and light skin, all jumping and dancing across the stage.

The performance by the Dance Theatre of Harlem captivated a young Bria Walker.

Today, Walker is an assistant professor in the University of Pittsburgh’s Department of Theatre Arts and head of performance and the MFA in Performance Pedagogy. She’s working to bring often overlooked stories to the stage at Pitt, Pittsburgh and beyond.

“As a Black woman, I can 100 percent say representation matters and mattered in my life,” she said. And increasing that representation is what brought her to Pittsburgh in 2010.

“Pitt afforded me the timing and experience to continue working in academia,” said Walker, who worked as a professional actor and assistant professor at the State University of New York at New Paltz before relocating to Pitt. She arrived to find that the students were both talented and eager.

“We have Pitt students interested in various aspects of theatrical performance including costume design, directing, set design, playwriting,” she said. “The young ones I’m training are future theater artists. They will be my colleagues one day and create the next wave of art. I want them to be as prepared and ready as possible,” Walker said.

Her work around the city has included collaborations with the Falk School’s Shakespeare Camp for Kids, City Theatre Company and after-school arts programming. She also spearheaded Black Built Pitt, a digital tour that explores and highlights Black historical events at sites around the University’s Pittsburgh campus.

Most recently, Walker directed the play “Emilia,” which debuted at the Charity Randall Theatre in April. As in the original production, she cast three different performers to play Morgan Lloyd Malcolm’s titular character, Emilia Bassano, who some say was Shakespeare’s “dark lady” and the real genius behind his sonnets.

The play fictionalizes the life of Bassano, who Walker said was also probably of mixed African, Jewish and Italian heritage and was among the first Englishwomen to publish original poetry. Viewers glimpse her childhood spent in the royal court. They see her confront loss and love. They watch her embrace dreams of becoming a poet while willfully protesting constraints placed on women of the era.

“Mixing classical elements with contemporary ideas is part of my passion,” said Walker, whose Emilias — Advika Ravishankar, Annika Bryan and Jamiya Forna — identify as South Indian, West African and mixed heritage, respectively. “It was beautiful to see them at the center of an important conversation and commanding the stage.”

[This play about climate collapse and butterflies was sustainably produced]

“Performance, whether in the theater or on a screen, is one of the fastest and most immersive ways to give audiences a perspective,” said Brownley, a theater arts and psychology double major in the Kenneth P. Dietrich School of Arts and Sciences. “Shows like ‘Emilia’ are vital for teaching about real issues and giving audiences characters to fall in love with and empathize with. Productions like this can help fight the stereotypes without covering up painful truths about the issues women, and especially women of color, have had to deal with and still do.”

“It’s great to see women of color being at the forefront, especially here at Pitt. It isn’t a secret that this is not the most diverse school, and the theater department is no exception, so we’re often too quick to throw our hands up at a script like this and decided we won’t be able to cast it and just move on. But ‘Emilia’ brought those actresses in and to the forefront of the production, and I hope it sets a new precedent for us moving forward.”

Walker said she remains hopeful that ever-increasing diversity onstage is on the horizon because of her students’ efforts and Pittsburgh’s expanding arts scene.

“The city is becoming more known as a place for the arts,” she said. “That said, theater performance is an art form still largely populated with cis-gendered, white-identifying people who make decisions and sit in the audiences. But gatekeepers are becoming more diverse and controlling the narratives now being told. So, things are coming along, but there is still work to do.”

In the meantime, the lesson she strives to teach her students is to honor the playwright’s words and find truth in performance.

“Theater is about community and is a perfect way to learn, teach, celebrate or be entertained,” Walker said. “Artists carry the soul of our communities and tell or show people stories to remind them of who they are or expose them to something new.”