Board of Trustees Welcomes New Members

At its June 2021 meeting, three alumni joined the University of Pittsburgh Board of Trustees. The group also recognized Kathy Humphrey, outgoing senior vice chancellor for engagement and board secretary, for her contributions to Pitt’s success.

Chair Thomas E. Richards was re-elected, several trustees will serve additional terms on the board and former chair Eva Tansky Blum was appointed the university director to the UPMC Board of Directors.

In its tribute to Humphrey, the board recognized her extraordinary career in student affairs, community engagement, teaching and service to the Board of Trustees and the University, which began in 2005, when she was chosen to serve as vice provost, dean of students, and associate professor of education. Humphrey will assume the presidency of Carlow University this summer.

The trustees also elected Humphrey’s successor as board secretary, Rosalyn Jones, who will hold the title of vice chancellor and secretary of the Board of Trustees. 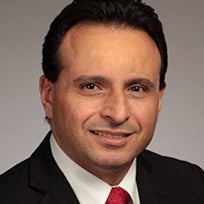 Majdi Abulaban (ENGR ’85) is president and CEO of Superior Industries International, a global automotive leader in providing wheel solutions to the automotive industry. He has held this position since May 2019 and is also a member of its board.

Abulaban is a member of the University of Pittsburgh Chancellor’s Global Advisory Council. He received the Case Western Reserve University’s distinguished alumnus award in 2016 and the Shanghai Honorary Citizen Award in 2015 from the Mayor of Shanghai, the city’s highest honor. Abulaban also received the CNBC China Business Leader Award in 2005.

Abulaban earned a bachelor's degree in mechanical engineering from the University of Pittsburgh and an MBA from Case Western Reserve University. 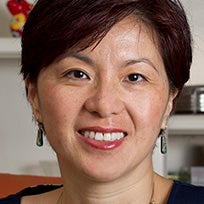 Hui (Debra) Cen (GSPH ’91) is a biologist, biotech entrepreneur, Rotarian and social entrepreneur. In 1986, she came to Pitt’s Graduate School of Public Health from China to pursue her doctorate in infectious diseases and microbiology. After receiving her PhD, she continued biomedical research at the National Institutes of Health, the University of California, San Francisco and Chiron. In 1998, Cen became a biotech entrepreneur and co-founded several biomedical research reagent companies, including SABiosciences, which was acquired by Qiagen.

In 2013, Cen expanded into social entrepreneurship, co-founding the non-profit WizChinese, which connects Chinese immigrant communities and facilitates integration and giving back to the community. She also started Inkynd, a philanthropic online marketplace that connects donors, buyers, causes and non-profits. 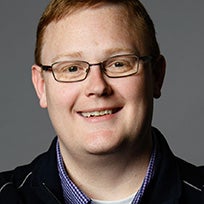 While at Google, Salesky was responsible for the development and manufacture of their hardware portfolio, which included self-driving sensors, computers and several vehicle development programs. He is the co-host of the No Parking Podcast, a show dedicated to demystifying and building trust in self-driving cars. Salesky graduated from the University of Pittsburgh with a bachelor’s degree in computer engineering in 2002.