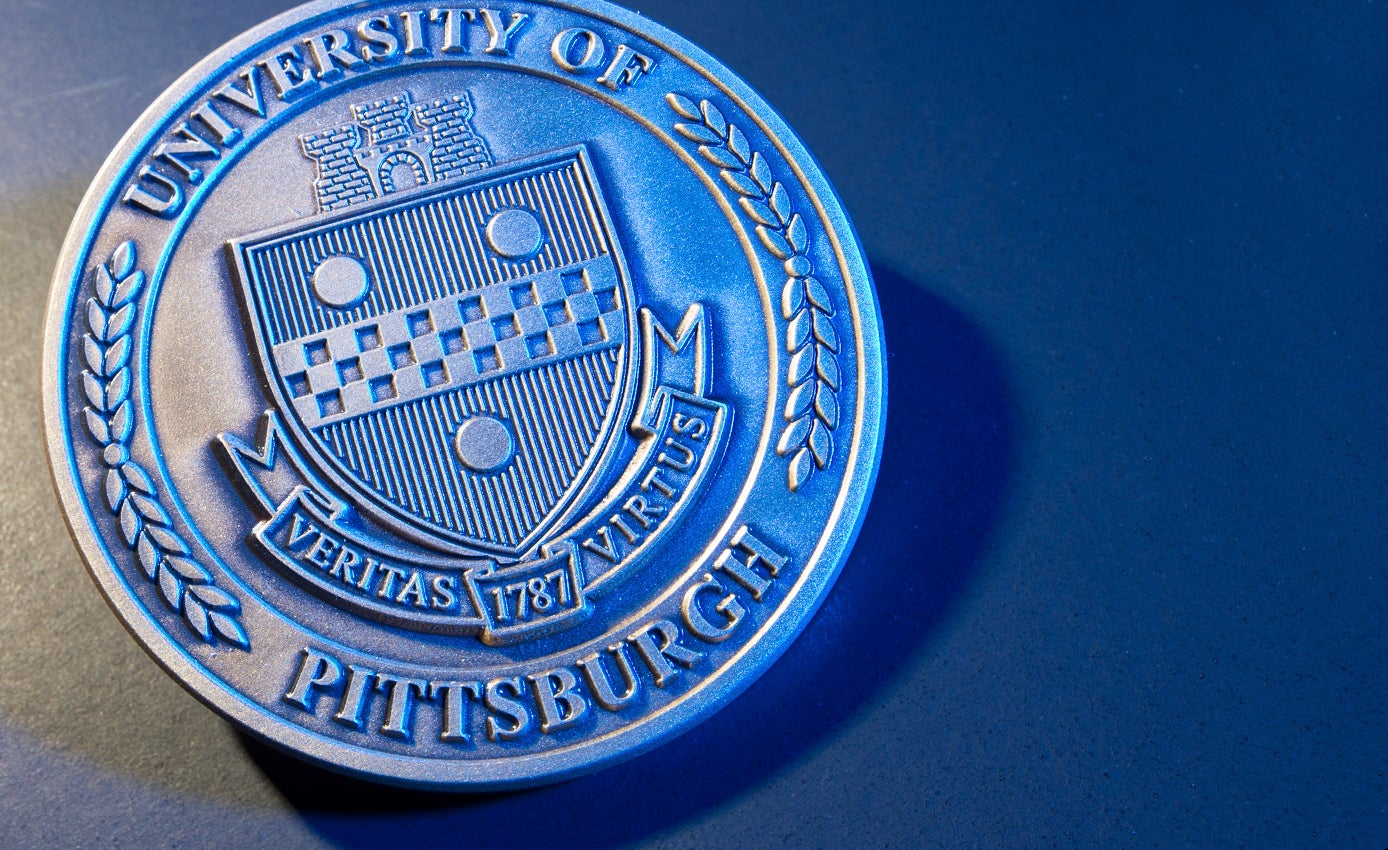 The University of Pittsburgh Board of Trustees approved Greg Schuler as Pitt’s new chief investment officer (CIO) and Paul Lawrence as treasurer at its June 29 meeting. The board also elected five new members. 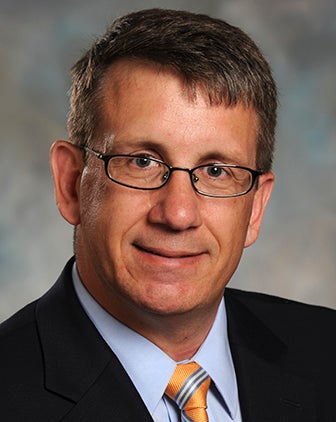 Schuler has served since 2011 as CIO and treasurer for BJC HealthCare, a nonprofit health care integrated delivery organization in St. Louis, Missouri. He managed investment activities covering $8 billion in assets and oversaw treasury activities related to debt, derivatives and cash management. As CIO at Pitt, Schuler will oversee investment and management of the University’s consolidated endowment.

“Greg is arriving at an exciting time in the University of Pittsburgh’s history,” said Chancellor Patrick Gallagher. “I am confident that he will excel as our next chief investment officer and eager to watch him leverage his leadership and expertise to spur growth at Pitt for decades to come.” 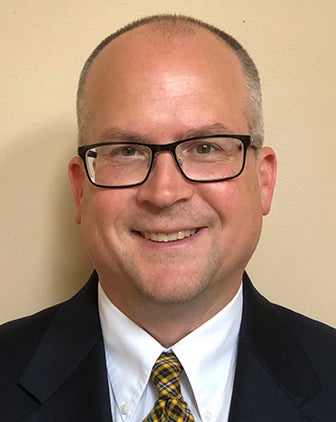 Lawrence, a 1993 graduate of the Joseph M. Katz Graduate School of Business, has served as Pitt’s managing director of investments and assistant treasurer since 1999 and has worked for the University since 1994. As treasurer, he will be responsible for the management of the University’s financial assets and liabilities, excluding the consolidated endowment.

“For more than two decades, Paul has expertly managed a variety of financial responsibilities for the University of Pittsburgh,” said Gallagher. “He is perfectly suited to serve as our treasurer and will — I am certain — extend his record of success in this new role.”

New Board of Trustees Members

In addition, the Board of Trustees re-elected Eva Tansky Blum as board chair, a position she has held since 2015, and elected five new members. Biographical information for the new members follows. 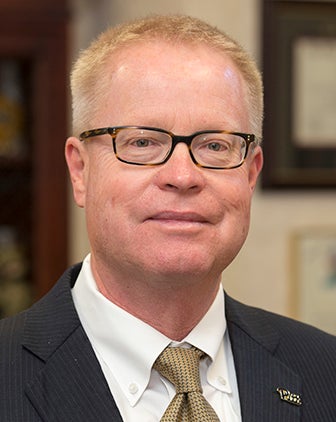 Gary T. Brownlee (A&S ’74, KATZ ’78) serves as a business adviser for the Indiana Small Business Development Center at Purdue University Northwest, where he provides capital raising and business valuation services to entrepreneurs and small business owners. He earned his Bachelor of Arts degree in economics from the Kenneth P. Dietrich School of Arts and Sciences and his MBA from the University’s Joseph M. Katz Graduate School of Business. He also is a graduate of the Stonier Graduate School of Banking, a joint venture between Rutgers University and the American Bankers Association.

He began his career as a national bank examiner with the United States Comptroller of the Currency before joining Mellon Bank (now the Bank of New York Mellon), where he held positions of increasing responsibility, including leading its business planning division and serving as president and chief executive officer of its wholly owned financial software and services subsidiary, Data-Link Systems.

Brownlee has held senior positions with General Electric Capital’s mortgage finance business, where he was responsible for various acquisition integration and supply chain management programs, and with the Indiana Federal Bank, where he led the bank’s residential and consumer lending business units. In 1998, he co-founded New State Mortgage, LLC, and served as its managing partner until 2007.

Brownlee also co-founded the Pitt Club of Chicago Scholarship Fund and has served as an officer of the Pitt Alumni Association for more than 15 years, including as association president from 2016 through 2018. 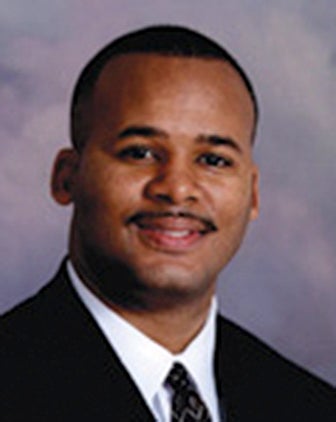 Vaughn Clagette (A&S ’89, MED ’93) rejoined The Southeast Permanente Medical Group in 2017 as a practicing physician, where he is responsible for providing inpatient medical care to the members of Kaiser Permanente in Atlanta, Georgia. In addition to his clinical responsibilities, he has also served in a number of administrative roles, including both inpatient and outpatient provider services.

Previously, Clagette worked with Tanner Health System. During his 13 years at Tanner Health System, he served the role of practicing hospitalist and medical director of inpatient services, which includes a 22-member clinical inpatient medical practice that he founded. He also served in the role of vice president of care transformation, which included responsibility for assisting the institution in the area of clinical and financial integration.

He began his career as a practicing hospitalist and primary care physician at Piedmont Healthcare in Atlanta. In addition, Clagette has been a consultant in the area of hospitalist program development and maturation to a variety of health care systems over the last 20 years.

Clagette earned his Bachelor of Science degree in chemistry from Pitt’s Kenneth P. Dietrich School of Arts and Sciences and his Doctor of Medicine degree from the University of Pittsburgh School of Medicine. He completed his internal medicine residency at Emory University. Clagette received an MBA from Auburn University and completed the Lean Six Sigma Black Belt certificate program at the Georgia Institute of Technology.

Clagette is an active member of the University of Pittsburgh School of Medicine’s alumni community. He is also actively involved in the University’s African American Alumni Council, where he has served in a number of leadership positions, including leading the council as its president. 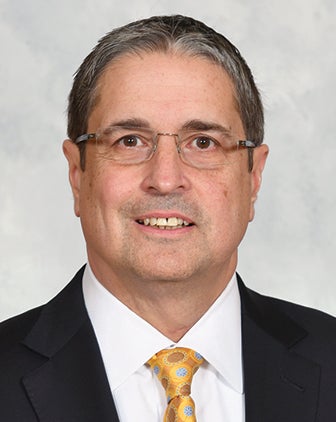 David J. Morehouse serves as the chief executive officer and president of the Pittsburgh Penguins, overseeing all aspects of the team’s operation. He joined the team as a consultant on the new arena project in 2004 and was named team president in April 2007. He was given the additional responsibilities of chief executive officer just as the team’s new arena was opening in August 2010. During his tenure, the Penguins have won three Stanley Cups and reached the conference finals five times in 10 years.

Morehouse has worked to establish a corporate culture that has driven the Penguins to excellence, both on and off the ice, and that has seen the team become one of the National Hockey League’s strongest business entities. Under his leadership, the Penguins have reshaped the team’s strategic vision with an emphasis on branding, fan relations, community interaction, corporate outreach and cutting-edge technology. This strong commitment to fan outreach includes an annual event where players personally deliver season tickets to fans’ homes and a special preseason game where 18,000 free tickets are distributed to local youth. Morehouse was also a driving force behind the new UPMC Lemieux Sports Complex, which opened in August 2015 — the first facility to combine hockey with a world-class medical center and sports performance complex.

Morehouse joined the Penguins following a career in national politics, including the White House, the Pentagon, Capitol Hill and key roles in two presidential campaigns. He attended the Community College of Allegheny County and Duquesne University and received a master’s degree in public administration from Harvard University’s John F. Kennedy School of Government. 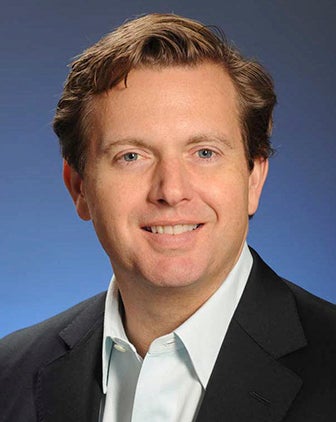 Michael G. Wells (EDUC ’90, EDUC ’92G) is currently the founding managing director of the venture capital firm Princeton Biopharma Capital Partners, LLC. The firm has a portfolio that includes medical device, pharmaceutical and animal health companies. Prior to forming this venture capital firm, he was the founder and chief executive officer of Aton Pharma, Inc., a specialty pharmaceutical company focused on rare diseases, which he founded in 2004. The company grew from $11 million in sales in 2006 to nearly $100 million in sales in 2010 with products selling in over 30 countries. Based on these efforts, he was a recipient of the Ernst & Young Entrepreneur of the Year Award in 2009.

Prior to forming Aton, Wells co-founded Lathian Systems Inc., a venture-backed company that provides online data and marketing services to pharmaceutical and biotech companies. There, he held several senior management positions. His career began at Merck & Co. Inc., where he held positions ranging from hospital sales to brand management.

Since 2011, he has endowed three scholarships at the University including the Michael G. Wells Entrepreneurial Scholars Fund, which sponsors an annual business plan competition for health care ventures created by University students and faculty. 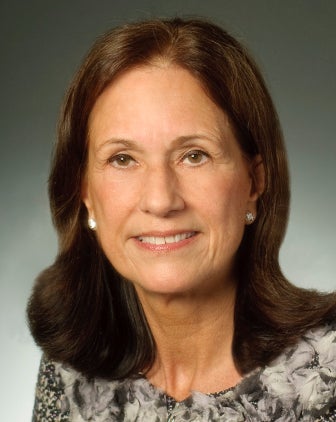 Whittington started in the investment management industry in 1992, joining Philadelphia-based Miller Anderson & Sherrerd. As managing partner of Miller Anderson & Sherrerd, she directed the sale of the business to Morgan Stanley Asset Management, where she successfully integrated the two firms. Earlier in her career, she served as deputy secretary of the Pennsylvania Department of Education; as secretary of finance for the state of Delaware; and later, as executive vice president and chief financial officer of the University of Pennsylvania.

Whittington has extensive knowledge of and substantial experience in financial, investment and banking matters. She earned her Master of Science in psychology and a PhD in psychology at the University of Pittsburgh, both in quantitative methods, and a Bachelors of Arts degree in mathematics at the University of Delaware. Whittington also serves as a director of Macy’s, Inc., and Phillips 66.