That splitting headache, that dull soreness in the arm, that shooting ache in the lower back — they’re all distinct types of pain. And communicating those distinctions to doctors is vital for better diagnosis and treatment.

However, this can be a challenge because of language, cultural or literacy barriers or people simply having trouble communicating their pain to doctors.

“Accurate assessment of pain is necessary for providing the correct treatment for underlying conditions, but relies on patients communicating their pain in a measurable way,” said Charles Jonassaint, who has been researching ways to more accurately pinpoint physical pain through the power of animation. 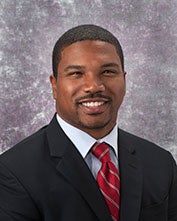 Jonassaint is an assistant professor of medicine, social work and clinical and translational science at the University of Pittsburgh. He and his team have created Painimation, a tablet computer-based app that helps patients give more detail on their body pains with abstract animations.

“Clinicians have been using the same paper-pencil pain scales for the past 50 years,” Jonassaint said. “Measures that are reliant on word descriptors and 0-10 scales fail to capture the dynamic aspects of pain and lead to misdiagnosis and poor treatment.”

Here’s how Painimation works: Patients are presented a diagram of the human body, front and back, on a tablet screen. Using their finger or a stylus, patients mark areas of the body that hurt. After that, they choose an animation that best depicts the sensation they are feeling. These can be loosely defined as pounding, shooting, throbbing, tingling, cramping, burning, stabbing and electrifying. After choosing their animation(s), they can move a scale on the mobile device’s screen to increase or decrease the intensity of the pain animation from slightly irritating to borderline unbearable.

“We found that often times, patients were much more able to describe their pain using the animations than when compared to the McGill Pain Questionnaire or the PainDETECT scale,” two commonly used tools that rely on verbal, written or numeric descriptions, Jonassaint said. “The nice thing for patients facing language barriers is being able to use these animations and not having to decipher difficult words in these questionnaires.”

The team also found that patients were most likely to choose “shooting” and “electricity” type pain.

Jonassaint said in the future, he would like to see these pain animations — or painimations — tested on patients with cancer and other serious illnesses. He also said more painimations could be in the works as other types of pain are identified, and that the app can be further tailored to be more user-friendly.

“Hopefully, this leads to people better identifying their pain as something either they should see a physician about or they should just take ibuprofen for,” he said.

Jonassaint’s team includes Ajay Wasan, associate professor of anesthesiology and psychiatry and vice chair for pain medicine at Pitt; and Nema Rao, an interaction design student at Carnegie Mellon University, who presented the first set of animations to the team.

The design of the app was supported in part by Pitt’s Innovation Institute and is currently only available on Apple iOS. But Jonassaint said his team is looking to expand its availability on the mobile marketplace.